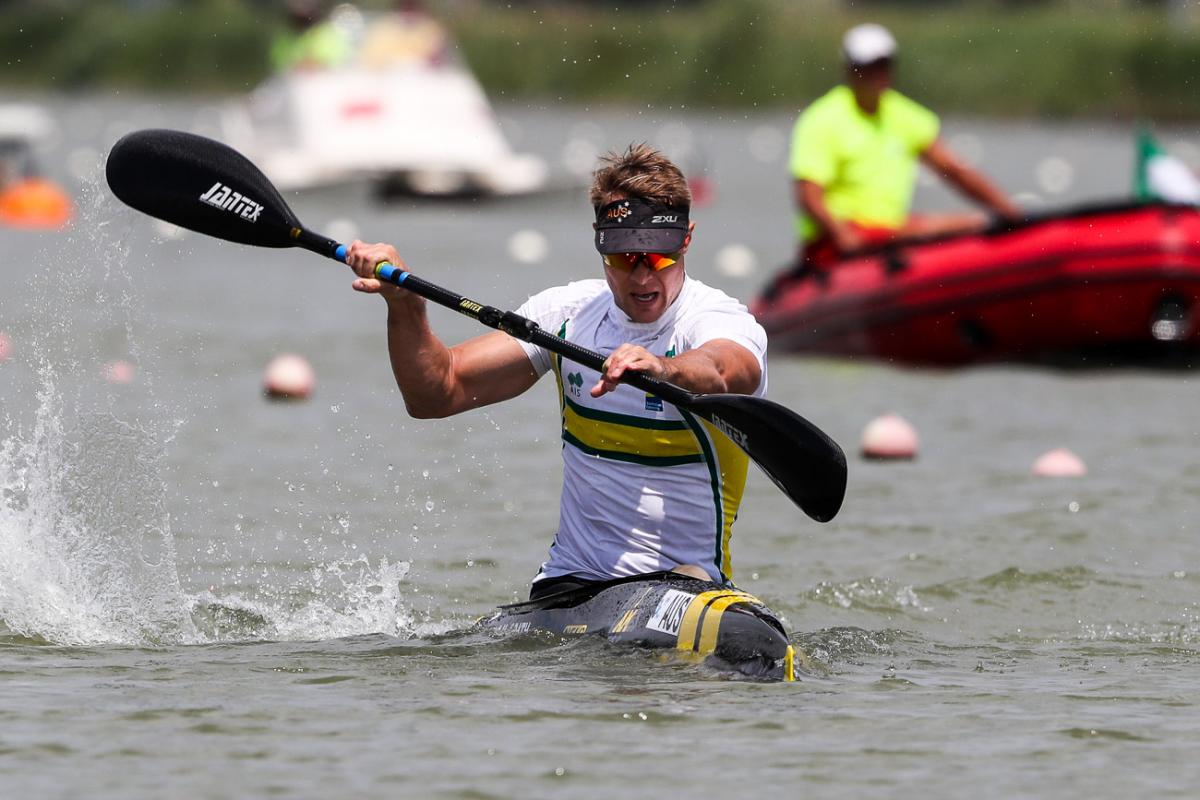 Almost 90 athletes from more than 20 nations lined up for the ICF Para canoe World Cup from 18-20 May in Szeged, Hungary.

“This is a good result, but at the moment I am just in my heavy training period of the year. I will focus more on speed now ahead of the World Championships. I feel good, with a lot of strength and energy," added Yemelianov.

In the closest finish of the day, Italy’s Esteban Gabriel Farias had to wait for official confirmation before being declared winner of the KL1 final. The 2017 world champion was given the nod just ahead of Brazil’s Luis Carlos Cardoso Da Silva. Home favourite Hungary's Robert Suba was third.

In the women's VL3 race there was another victory for Ukraine with Nataliia Lahutenko coming home ahead of Argentina's Brenda Sardon to claim gold. Hungary's Julianna Toth was third.

In windy conditions on Saturday both Emma Wiggs and Curtis McGrath won second gold medals and there were also wins for Uzbekistan, Italy and Russia on the final day of competition.

Wiggs was joined on the KL2 podium by teammate Charlotte Henshaw with both women beating the previous world leading time.

“Those conditions out there were pretty tough for us, so I’m chuffed to be on the podium again, and to be on there with Charlotte is just what we’re aiming for,” Wiggs explained.

“It’s been a real challenge, but in a good way. We’ve been using it as a real training week and a chance to see what it would be like racing the two events. I’m fatigued, but we are all fatigued.”

Henshaw, who only recently came across to Para canoe after a successful career in Para swimming, was thrilled with the silver medal.

“I’ve only been in the sport for 18 months, and it’s a real learning curve for me,” Henshaw said.

"I know I’ve got to be on my game, and to have the best in the world lined up next to me, and the fact we are wearing the same jersey is really special.”

McGrath had to dig deep on Friday to win gold in the KL2, and he was once again pushed all the way in Saturday’s VL3 final, this time by Uzbekistan’s Khaytmurot Sherkuziev.

“I’m feeling good, but a bit more training would help,” said McGrath. “I think due to my preparation leading in I had to be content that I wasn’t going to perform as well as I wanted to, but it goes back to all those years I’ve worked hard in the V1, and now I’m in the VL3 class it’s a good feeling to race the fastest in this group.”

Italy’s Ciustea, who broke his back in a skiing accident in 2012, is setting his sights on this year’s World Championships, and possibly the Tokyo 2020 Paralympics, after winning the VL2.

“I didn’t think I could win, but I’ve been training a lot,” Ciustea said. “I chose to compete in canoe after a suggestion from my friend, and now I will stay here for the future."

Russia’s Duplik upset Rio Paralympic champion, Jeanette Chippington, to take the gold in the KL1, while Uzbekistan’s Shaknoza Mirzaeva led from start to finish in the women’s KL3.

The next competition for Para canoeists is the European Championships in Belgrade, Serbia from 8-10 June.