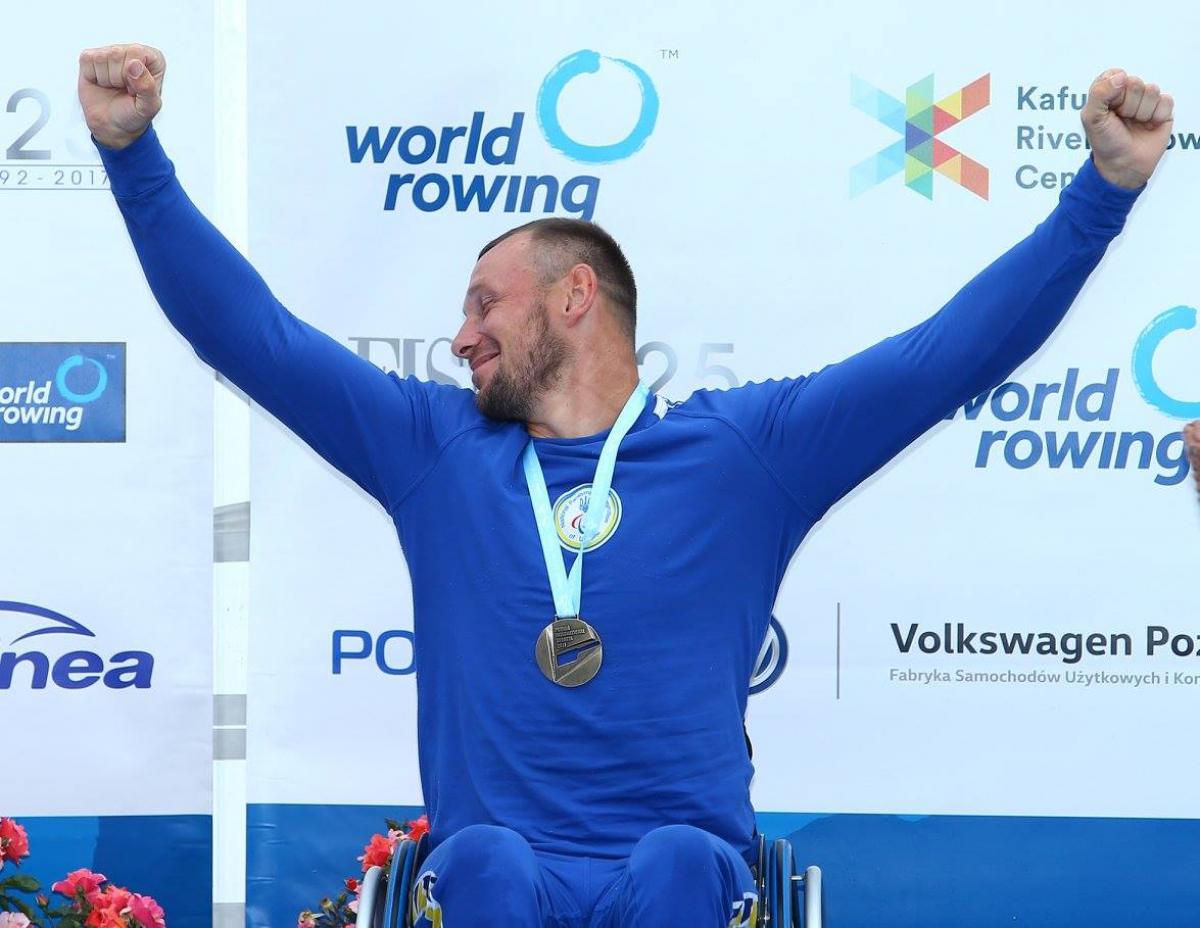 “I am physically exhausted. Today was very hard, it was very windy, the water was not calm, with a lot of waves."

There has been more success for reigning Paralympic rowing champion Roman Polianskyi, as the Ukrainian dominated the men’s single sculls race at the World Rowing Cup II in Poznan, Poland.

It comes as rowers continue to race over the new distance of 2,000m, following the World Rowing Federation (FISA)’s decision to increase from 1,000m last year.

After setting a new fastest 2,000m time of 9:51:32 in the test race, Polianskyi beat Russia’s Alexey Chuvashev* and Poland’s Jaroslaw Kailing to take the gold medal in the men’s single sculls (PR1M1x) final on June 17.

After the race, Polianskyi admitted he found the conditions tough. “I am physically exhausted. Today was very hard, it was very windy, the water was not calm, with a lot of waves. I feel I like the new distance.”

In the women’s single sculls (PR1W1x), 2014 world champion Birgit Skarstein of Norway also set a world’s fastest time of 10:49:94. She led from the start to take gold ahead of Germany’s Sylvia Pille-Steppart and Italy’s Anila Hoxha.

“It was a good feeling with nice conditions,” said Skarstein. “I was working toward this World Cup so I am happy. There are still some technical things to improve and now the goal is Sarasota World Championships.”

There was an upset in the mixed double sculls (PR2Mix2x) race, where Rio 2016 champions Great Britain had to settle for silver behind the Netherlands. British tandem Lauren Rowles and Laurence Whiteley fell behind Annika Van Der Meer and Come De Koning early in the race and were unable to recover, as the Netherlands set a new fastest time of 8:06:21. The Ukraine pair of Iaroslav Koilida and Iryna Kyrychencko took the bronze.

“We were nervous because we had to race against the Paralympic champions,” said Van Der Meer. “ We are very happy about the result and about the time, we feel we are rowing faster and faster. We have been rowing together since April so we are still looking for a lot of progress.”

Whiteley admitted they are still adjusting to the new distance.

“This was our first international race, so we didn’t have any expectations, but we are pleased,” he said. “2000m is a long way, we don’t quite know how to race the 2k just yet. Three and a half minutes to this is quite a big jump, but we’ve been building quite a bit more volume in our training to compensate for it.

Full results for the World Rowing Cup II, which ran from June 17-18, can be found here.

*Editor’s note: The International Paralympic Committee suspended the Russian Paralympic Committee on 7 August for its inability to fulfil its IPC membership responsibilities and obligations, in particular its obligation to comply with the IPC Anti-Doping Code and the World Anti-Doping Code (to which it is also a signatory). As a result of the suspension, Russian athletes cannot enter IPC sanctioned events or competitions, including the Paralympic Games. For further information please click here