Preview: Swimmers to take to pool at European Open

Big name athletes such as Brazil’s Daniel Dias, France’s Elodie Lorandi and the world’s fastest Paralympian, Ukraine’s Maksym Veraksa, will be in action from 1 May. 30 Apr 2016
Imagen 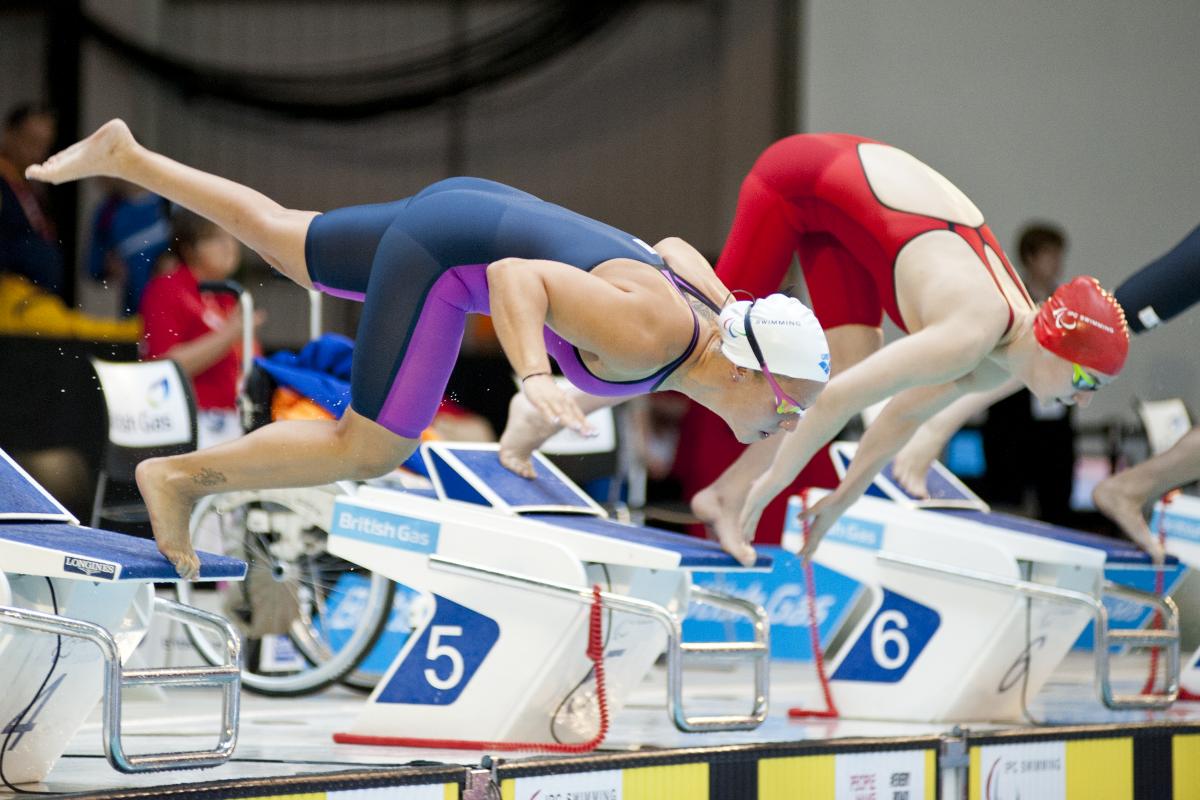 France's Elodie Lorandi is hoping to use the European Championships to return to her best shape.

It’s a great opportunity to swim with great guys, great swimmers and be in shape and ready for Rio. It’s one step before the next one.

A total of 450 swimmers from 51 countries are just hours away from taking to the pool for the 2016 IPC Swimming European Open Championships in Funchal, Portugal, which get underway on Sunday (1 May).

The competition, which is the last major international competition ahead of the Rio 2016 Paralympic Games, will officially open on Saturday (30 April).

Kicking off the action in the first morning session on Sunday (1 May) will be Spain’s European champion Sarai Gascon in the women’s 50m freestyle S9.

At the last Euros in Eindhoven, the Netherlands, in 2014, Gascon was pushed to equal the then eight-year-old world record of South Africa’s Natalie Du Toit. Great Britain’s Amy Marren and Russia’s Natalia Mamlina battled for second place, finishing in a thrilling dead heat to both leave with silver.

“Funchal is going to be great for us to improve ahead of Rio 2016,” Gascon said. “It is a very important event and I will try to reach or outdo my personal bests.”

The women’s S10 also promises to deliver great races throughout the week. France’s 400m freestyle Paralympic and European Champion Elodie Lorandi will get the chance to face up-and-coming Canadian Aurelie Rivard once again.

Rivard claimed Lorandi’s world title in 2015, and has travelled to Funchal to fit as much high-level racing in as possible ahead of Rio 2016.

Reflecting on her competition with the Canadian, Lorandi vowed to return to her best form: “I know that many, many young people are doing well. I am not here just to see and look because everyone has the same chance. I think during these Championships it is going to be quite difficult but for Rio I am going to train a lot to be in the same shape as I was in London.”

In the women’s S14, Spain’s Paralympic and European title holder Michelle Alonso will be in action as the new 100m breaststroke world record holder.

Alonso set the new mark just last week in Glasgow, Great Britain. However the Spaniard will face tough competition from Great Britain’s Bethany Firth, herself the new 200m freestyle world record holder, who will be keen to make up for lost time having missed the Worlds due to injury.

In the men’s events, two of Brazil’s most well-known Paralympians will compete.

Reigning three-time Paralympic and world champion Andre Brasil is part of a deep field in the men’s S10 which begins with the 400m freestyle on Sunday.

“It’s a great opportunity to swim with great guys, great swimmers and be in shape and ready for Rio. It’s one step before the next one,” Brasil said. “We defined our preparation in blocks. It’s really the first step so I’m not really in shape but close to 90-95 per cent. But I expect more at this event here than I did in Rio [for the Test Event].

“I just need to shave my beard ready for competition and see what happens!”

Russia’s Dmitry Bartasinskiy is aiming to defend his European gold, whilst local swimmer Emanuel Goncalves is going for Rio 2016 qualification.

The world’s fastest Paralympian will be in action in the men’s visually impaired races. Ukraine’s Maksym Veraksa is the 50m freestyle S12 world record holder and Paralympic, world and European champion.

His teammate, Yevheniy Bohodayko, is the most decorated athlete from 2014 and will defend seven men’s S7 titles.

In the men’s S14, Russia’s Viacheslav Emeliantsev will compete at his first European Championships as a triple world champion. Paralympic champions Jon Margeir Sverrisson of Iceland and the Netherlands’ Marc Evers will be aiming to gain back ground from the Russian.

The live coverage may be geo-blocked in some territories. More information is available at Funchal2016.com.

A selection of rights-free images will be available for download from the heats and final every day at Flickr.