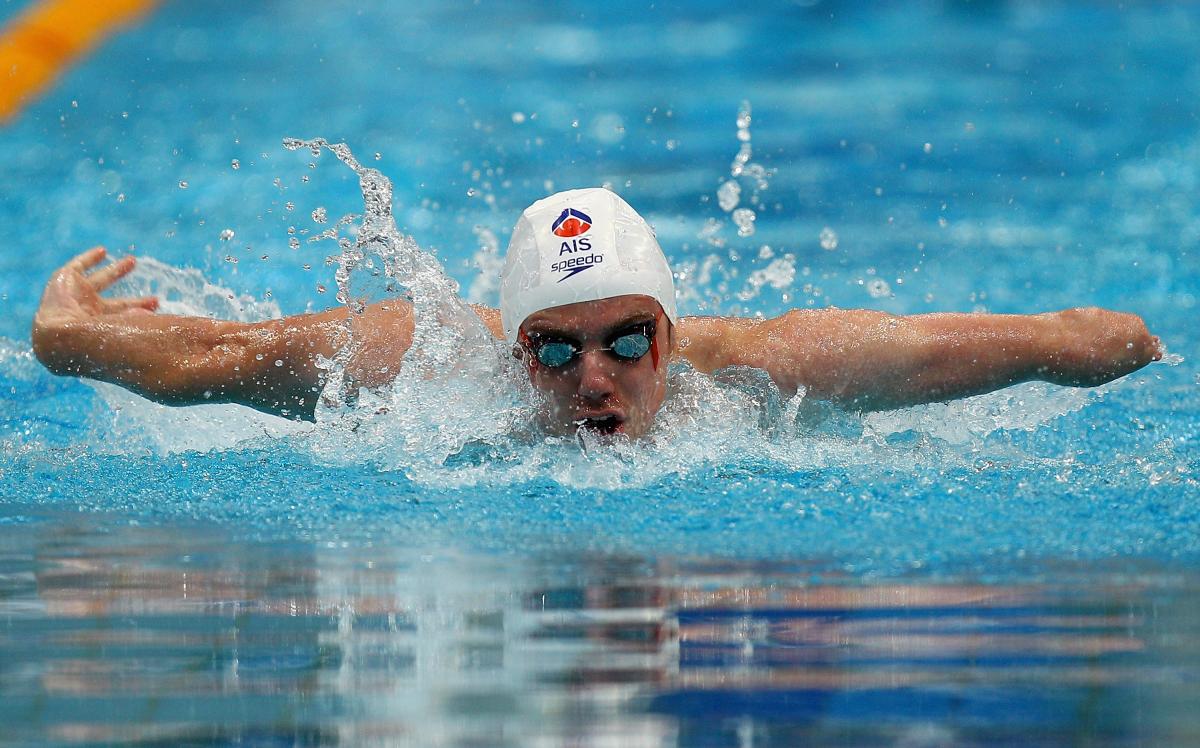 "Nearly four years in the making, finally a 100m Free PB. Smiles all round!"

Seven world records, yet to be ratified by IPC Swimming, have fallen in just four days to Australia’s Paralympic swimmers as they vie for London 2012 qualification at the Australian Swimming Championships in Adelaide.

Eight-time Paralympic gold medallist Matthew Cowdrey (S9) broke his second world record of the meet by beating his own world mark in the 100m Freestyle (combined classes) last night (19 March). The 23-year-old finished 0.10 seconds quicker than the previous time he set at the Beijing 2008 Paralympic Games and was elated at finally beating his personal best.

Racing on Saturday night (17 March), S14 swimmer Mitchell Kilduff defended his 50m Freestyle (combined classes) national title by touching the wall in 24.84 to set a new provisional world mark. The 16-year-old finished 0.57 of a second quicker than the 25.27 that gave him the world number one ranking at last year’s Nationals.

On the same night, defending 400m Freestyle national champion Brenden Hall smashed his own world record by more than two seconds to book his place at his second Paralympics with 4:14.67.

The 18-year-old Queenslander, who like Cowdrey competes in the S9 class, will be shooting for Paralympic gold having already broken the 400m freestyle world record in his heats at the Beijing 2008 Paralympics, where he placed fifth in the final.

And racing on Friday night (16 March), Queenslander Kayla Clarke set a provisional S14 world record of 28.66 in the 50m Freestyle to continue her national championships dominance. Clarke, who is aiming for her first ever Paralympics, out-touched 17-year-old Taylor Corry (28.87) and Paralympic bronze medallist Annabelle (29.63) who came in third.

Racing continues on 20 March with the men’s and women’s 50m backstroke and 200m individual medley.