A recent research showed the mental and physical benefits of playing the sport. 09 Apr 2017
Imagen 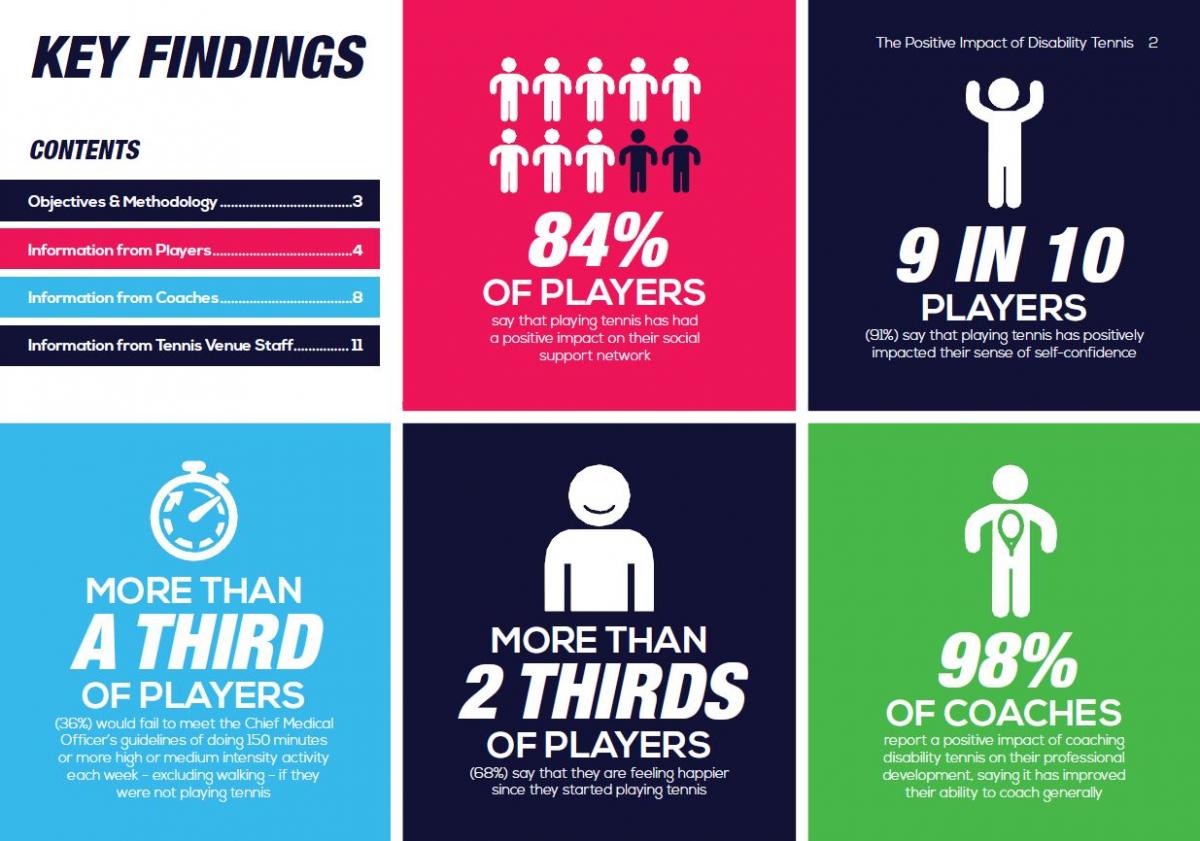 Great Britain’s tennis charity, the Tennis Foundation, has released ‘The Positive Impact of Disability Tennis’ - a detailed research report showing the combined mental and physical health benefits that playing tennis can bring to people with an impairment.

The report looks at the impact of wheelchair tennis on players, their parents and guardians, coaches and tennis venue staff, and is the result of research undertaken by ComRes on behalf of the Tennis Foundation.

‘The Positive Impact of Disability Tennis’ report can be downloaded from the Tennis Foundation’s website. Key findings show that playing tennis can make people with an impairment feel more self-confident, happier and less isolated, as well as play a key role in keeping them more physically active.

One of the most striking findings revealed by the research is that 91 per cent of people with impairments surveyed said that tennis has had a positive impact on their self-confidence, demonstrating how much playing tennis can contribute towards improved mental wellbeing.

Other findings showed that 84 per cent of respondents stated that playing tennis has had a positive effect on their social support networks and 89 per cent said that it has had a positive impact on their day-to-day happiness. Since starting to play tennis, players with an impairment surveyed also reported feeling less bored (73 per cent), less isolated (63 per cent), less stressed (48 per cent) and less tired (33 per cent).

Alongside the mental health benefits, the role tennis plays in keeping people with an impairment physically active were also recorded, highlighting the accessible and inclusive nature of the game.

The research highlights and supports the Tennis Foundation’s belief that tennis can bring a range of physical, mental and social benefits, and can be used as a vehicle to help individuals realise and achieve their personal potential through sport.

Geoff Newton, Executive Director of the Tennis Foundation, said: “We are delighted that the research findings from ComRes support our already strong belief that tennis has real health and social benefits for the people who play it.

“At the Tennis Foundation, our aim is to inspire and engage disabled people to become involved in tennis, regardless of background or ability. At a time when more disabled people than ever before in Great Britain are playing tennis at our supported venues, this research shows that the work we are doing is having a genuine impact on people’s lives. It gives us further impetus to continue delivering funding, equipment, training and advice to venues across the country to ensure more disabled people can pick up a racket and enjoy the sport and the benefits it can bring”.

The research also looked at the benefits that can be gained from coaching people with impairment, and the motivations behind the decision to do so.

More information on ‘The Positive Impact of Disability Tennis’ can be found on the Tennis Foundation’s website. 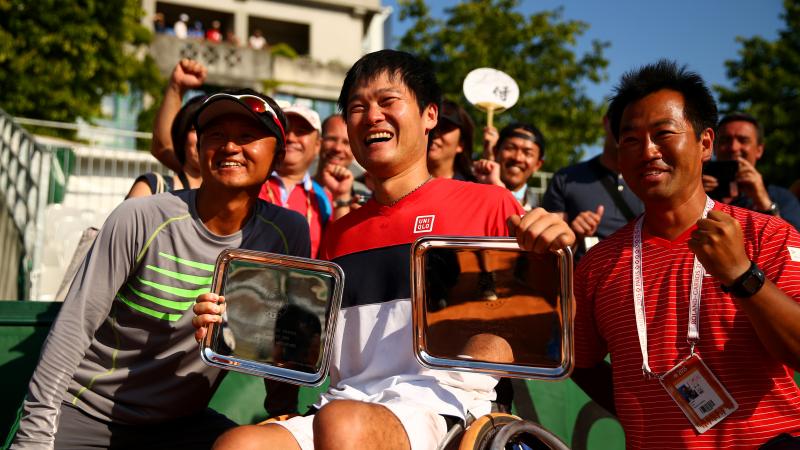