The UNIQLO senior vice president shares his thoughts on how the partnership has and will continue to change Japan. 30 Mar 2017
Imagen 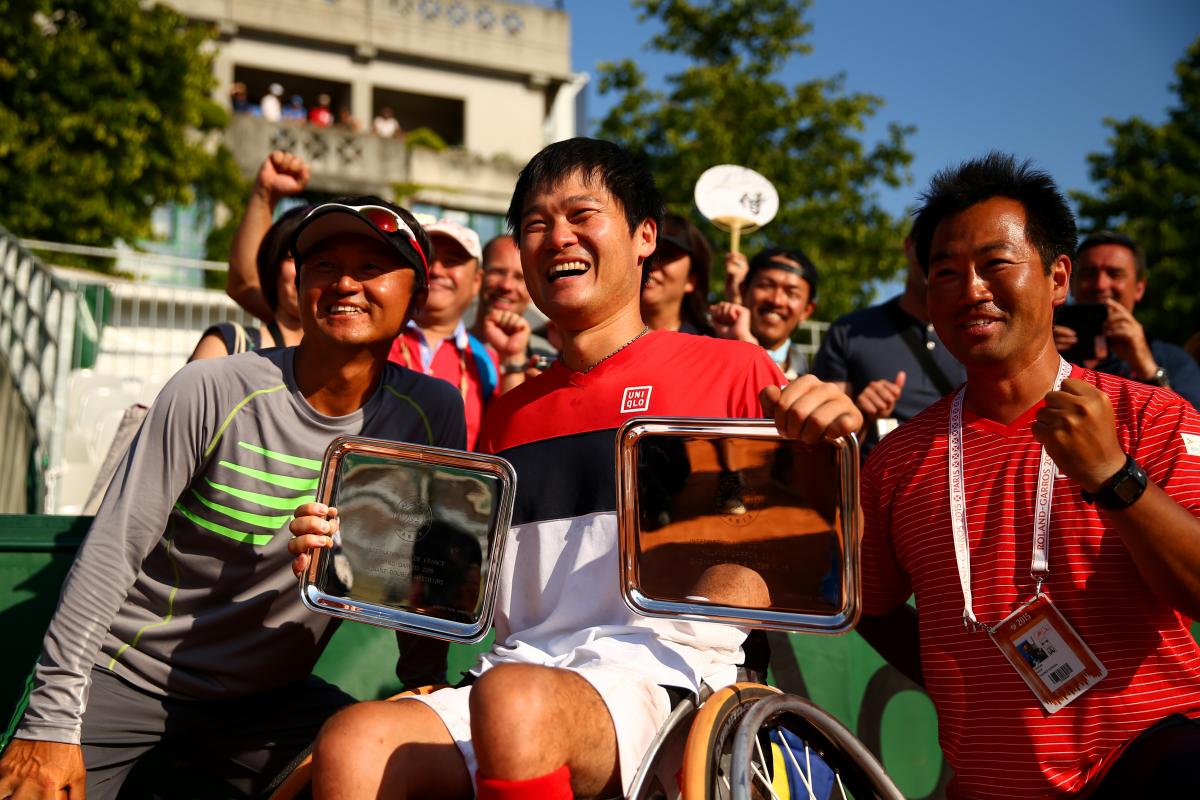 Japan's Shingo Kunieda poses with his trophies for the men's wheelchair singles and doubles at the 2015 French Open.

“After we started hiring disabled people, we realised lots of things, such as someone in a wheelchair cannot reach high up to the shelves, so we are putting clothing a little bit lower than before, and of course we are trying to make stores barrier-free wherever possible — things like flat floors with no stairs.”

“The most important thing regarding the sponsorship is that we can help disabled people. We have more than 1,800 stores around the world, including more than 800 in Japan — and we want to provide opportunities for disabled people in the workplace. We are trying to do this worldwide, but particularly in Japan.”

The recruitment drive resulted in an eye-opening learning process for Yanai and his staff.

“After we started hiring disabled people, we realised lots of things, such as someone in a wheelchair cannot reach high up to the shelves, so we are putting clothing a little bit lower than before, and of course we are trying to make stores barrier-free wherever possible — things like flat floors with no stairs.”

Thus the deal presents UNIQLO, part of the Fast Retailing Co. Ltd empire founded by Yanai’s father Tadashi — the richest businessman in Japan last year according to Forbes.com — with an excellent business opportunity.

“Of course, we’d like to increase our brand appeal through sponsorship of ITF wheelchair tennis,” Yanai said.

“When we are expanding around the world, we are always asked by the media to explain who we are, what we do, and how we contribute to society and the community. In many of the countries that the ITF tour visits, we don’t have any stores, but through the sponsorship, people living in these areas touch our brand and get to know our brand, and we are contributing to those societies through our sponsorship and promotion of wheelchair tennis.”

Yanai and his team have got straight to work on his ambassadorial strategy, which will see him engage the Japanese media, attend key tournaments, and help promote the sport internationally.

“I am very honoured to take up the role of ambassador. We are working on a plan aimed at helping to promote wheelchair tennis, and we’ll be pleased to share this with the ITF as soon as it's ready.

“I am a huge fan of tennis and wheelchair tennis, and ideally I’d like to attend all the tournaments. Unfortunately, this is not possible due to my work schedule. However, I am planning to attend the UNIQLO Wheelchair Doubles Masters, with the possibility of attending more events if my schedule allows.”

Other than changing attitudes toward people with impairments in Japan, Yanai has another goal as an ambassador.

“I feel tennis has probably evolved to its maximum potential, but wheelchair tennis has lots of room to grow and develop further, to reach a higher level in terms of wheelchair technology and playing style.”

Yanai is himself active, playing football, golf and tennis: “In the past, tennis was my best, but at this moment it’s golf.”

“After Shingo won gold in Beijing, attention on him increased. In the past, even if he won a tournament, it was not picked up by the sports sections, but after Beijing he was recognised as an athlete and his results were picked up by the media. So I think people’s mindset has gradually changed,” Yanai said.

“We were contacted by a friend who introduced Shingo to us. I already knew of him because Roger Federer commented about him in an interview. That interview was so interesting. Japanese media were asking Roger why Japanese players couldn't win tournaments like him — at that time we didn't have Kei Nishikori — but Roger answered: ‘Not true, you guys have Shingo.’

“That’s how I came to know of him. I went to watch him and I was impressed by his play, so when I was introduced to him I strongly recommended to my father that we sponsor him.

“We believe that, alongside Shingo, we can show people how enjoyable it is to watch wheelchair tennis.”

For more on the ITF’s interview with UNIQLO’s Yanai, visit the ITF’s website. 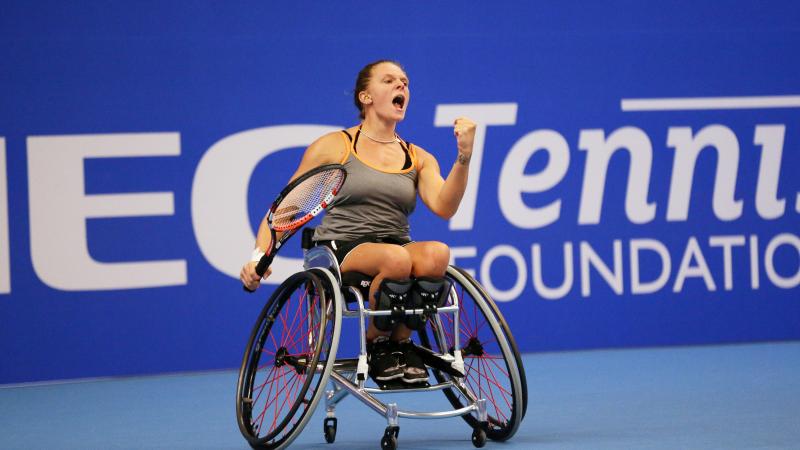 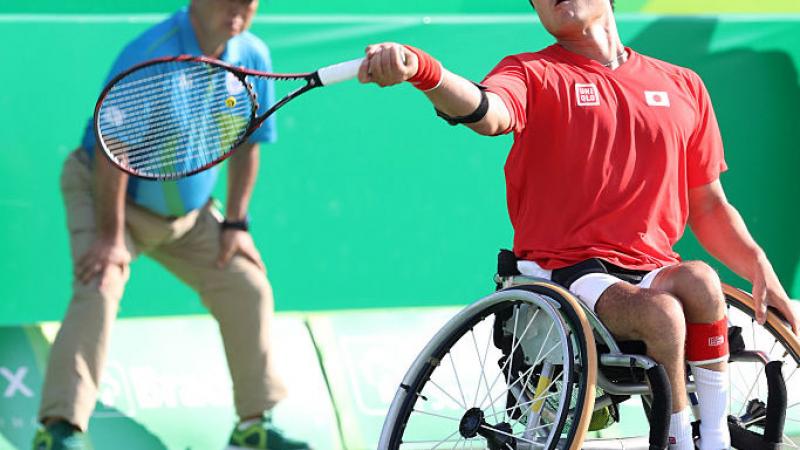 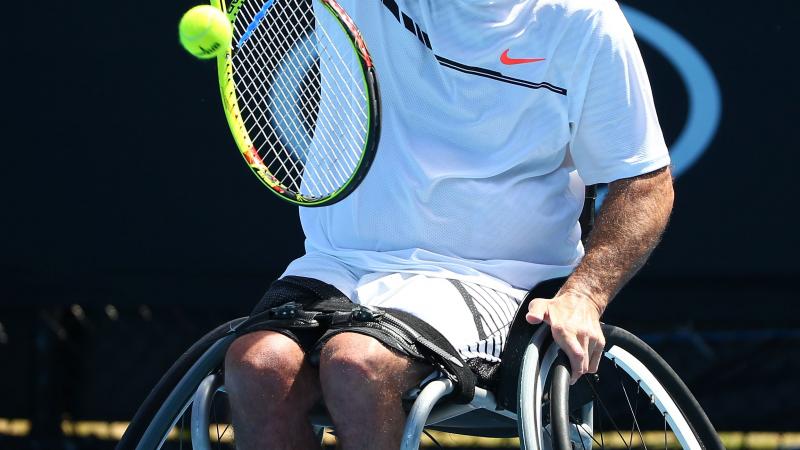 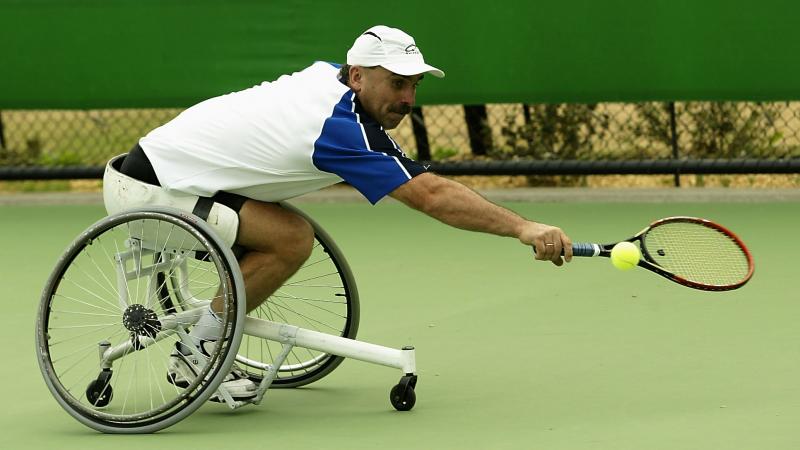