The IPC provided a progress report on preparations for next month’s event. 19 Aug 2016
Imagen

The International Paralympic Committee (IPC) has announced that September’s Paralympic Games will take place as planned, despite major budget cuts, and will act as a catalyst to positive social change in Brazil and Latin America.

According to the IPC, the Rio 2016 Organising Committee’s budget to deliver the Paralympic Games is not at the level they originally committed to. Despite this, the Paralympic Movement’s global governing body remains confident of the impact the Games will have on making for a more equitable society.

Speaking at a press conference in Rio on Friday (19 August), Sir Philip Craven, IPC President, said: “I am fully confident Rio 2016 will be the best Games ever in terms of athletic performance. You only have to look at some of the achievements from Para athletes over the last two years to realise that we will witness some truly spectacular sport.

“I believe the performances of the Para athletes will act as a catalyst for social change. The Paralympics have a strong track record for changing global attitudes towards people with an impairment, and are now widely regarded as the world’s number one sporting event for driving positive societal change and social inclusion.

“The opportunity we have here to make Rio, Brazil, Latin America and the world a more equitable place for all does not come around very often, so we have to grab it with both hands.”

Sir Philip also spoke at length about the challenges the IPC is facing with just 19 days to go until the Opening Ceremony.

“Never before in the 56 year history of the Paralympic Games have we faced circumstances like this,” said Sir Philip.

“Since becoming aware of the full scale of the problem, we have focussed all of our efforts on finding solutions to the problems.

“At the IPC we are a relatively small but united organisation. It’s in our Paralympic DNA to see obstacles as an opportunity to do things differently and that’s what we are doing here. We are problem solvers by nature and fight for what we believe in.”

Solutions have included working with Rio’s Mayor Paes to secure an additional BRL 150 million of funding and meeting with the Federal Government to bring in up to BRL 100 million of sponsorship for the Games from state run companies.

Sir Philip said: “Mayor Paes has always been a huge advocate of the Paralympics and the seismic impact they can have in terms of driving social inclusion. He saw what the London 2012 Paralympics did for the British capital, and now he wants that same transformation to take place here in Rio.

“On Thursday we had a meeting with the interim President Michel Temer who confirmed his attendance at the Opening Ceremony. I think his actions in the meeting speak volumes of his commitment to the Paralympics. Not only did we hold productive talks, but he picked up the phone on a number of occasions to get things moving which gave us huge confidence.

“A number of state run companies have since signed contracts to sponsor the Rio 2016 Paralympic Games, bringing in much needed money to the Organising Committee, whilst the Minister for Justice and the Minister for Defence have informed us that the security forces currently in place for the Olympics will remain for the Paralympics.”

With much needed revenue streams now established, the IPC is optimistic that the first instalment of the National Paralympic Committee support grants will be paid by the Rio 2016 Organising Committee. These grants were a Rio 2016 bid commitment for both the Olympic and Paralympic Games, and were due to be paid to all 165 participating countries at the end of July.

The late payment though could still pose a threat to some countries’ participation in the Games according to the IPC President. Athletes are set to arrive from 31 August onwards.

Sir Philip said: “Currently we have around 10 countries who, even if the grants are paid, may struggle to cover the cost of their travel to the Games. The IPC is working with them to find solutions and ensure their participation here in Rio

With the additional revenues still short of the original budget planned for the Paralympics, the IPC has announced a raft of cuts which it has agreed with the Rio 2016 Organising Committee.

Cuts include a downsizing of Rio 2016’s workforce for the Paralympics, changes to the transport services offered to all clients, the closure of a number of venue media centres and a full review of the back-of-house spaces at all venues.

The wheelchair fencing competition will move from the Youth Arena in the Deodoro Park to Carioca Arena 3 in the Barra Olympic Park. The transfer of this sport will allow the Deorodo Olympic Park to be closed and dismantled meaning that equestrian, football 7-a-side and shooting will now work as three standalone venues with dedicated transport hubs.

Sir Philip Craven said: “These cuts are on top of the ones we, together with the IOC, have already made in the last 12 months and are likely to impact nearly every stakeholder attending the Games.

“We are working desperately hard to protect athlete services, especially within the field of play. They have dedicated their lives to reaching these Games and we will do our upmost to try and maintain the service levels and scope that they expect at a Paralympic Games.”

According to the Rio 2016 Organising Committee, just over 290,000 tickets for the Paralympics have been sold, although sales have picked up in recent days.

Sir Philip said: “We now hope a new promotional campaign will engage the Brazilian public and lead to strong crowds for all sports.

“At this point it is difficult for us to expect the full venues that we saw in Beijing or London, or expect to see in Tokyo in four years’ time. However, we hope the passion of the Brazilian people and their desire to support and see Brazilian athletes win medals will see them turn out en-masse. People power could really determine the outcome of these Games.”

At London 2012, Brazil won 21 gold medals, and this time round they are targeting a top five finish in the medals table for the first time in their history. 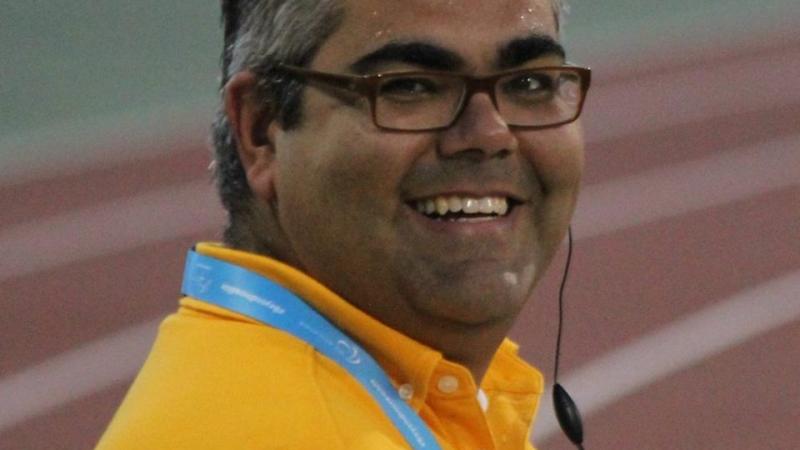