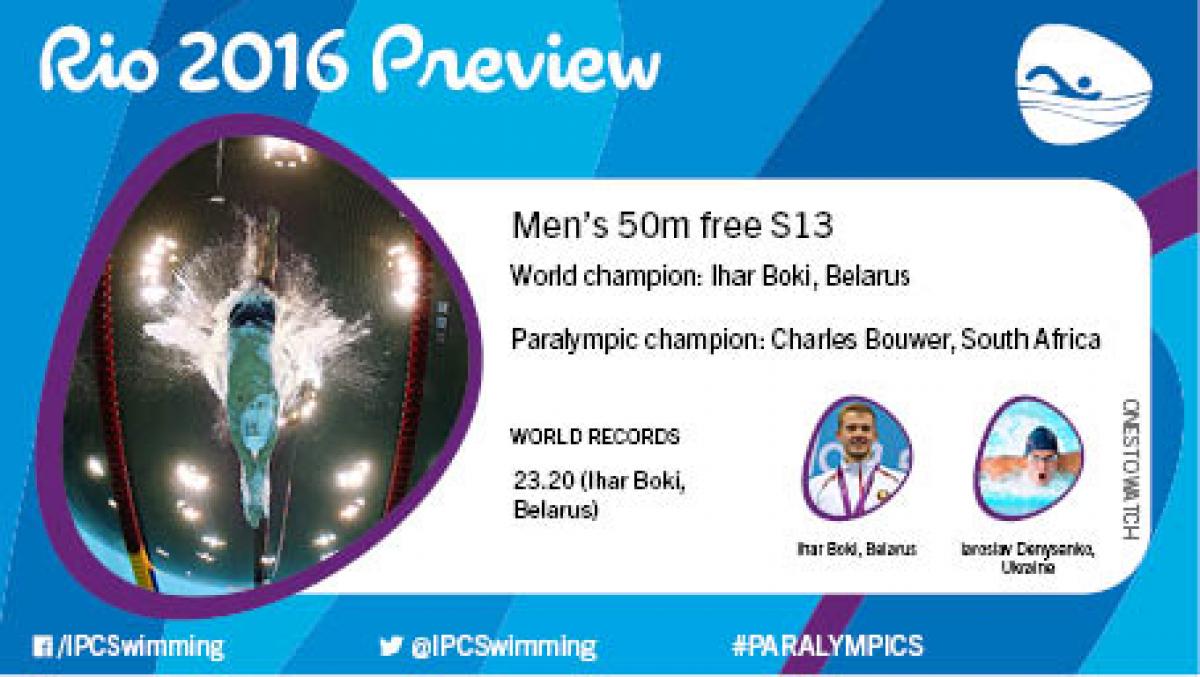 Boki topped the podium in five out of six events on his outstanding Paralympic debut at London 2012, but missed the gold medal in the 50m freestyle by a tiny margin of 0.08 seconds.

The Belarusian came back very strong though and sealed the world title at the 2015 World Championships, setting a new world record along the way making him the strong favourite for the gold in Rio.

Ukrainians Iaroslav Denysenko and Oleksii Fedyna both posted the second fastest time this year and will also aim to step onto the podium in Rio. 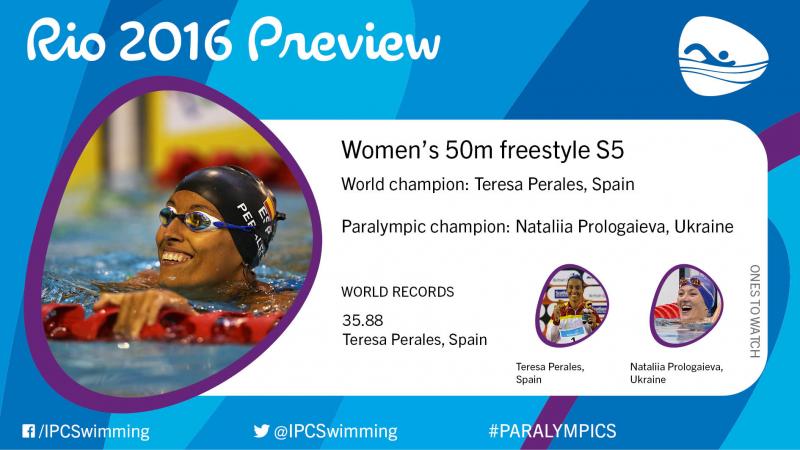