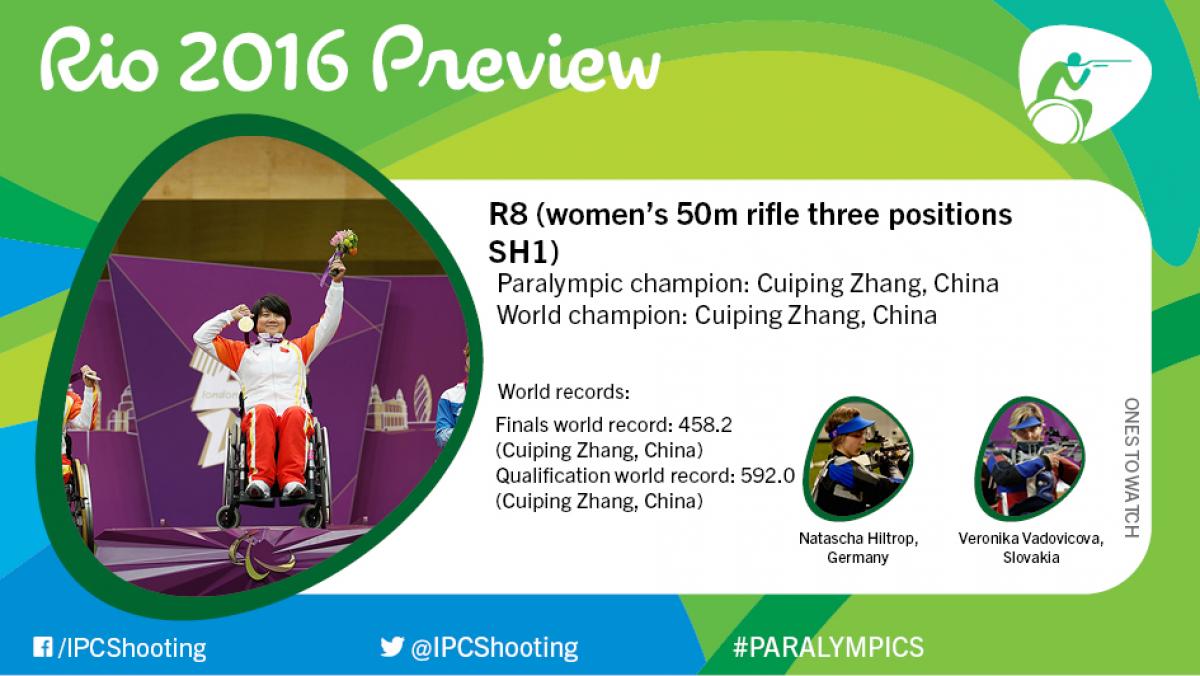 China’s Cuiping Zhang has been hot since she won double gold at London 2012, and there seems no slowing down heading into the Rio 2016 Paralympic Games. The 28-year-old is the reigning world champion, and world record holder in R8 (women’s 50m rifle three positions SH1); obviously her strongest event at Rio 2016.

She won both her World Cup events in 2015. Perhaps her biggest threat is Slovakia’s Veronika Vadovicova, bronze medallist from London 2012. Vadovicova has been a constant podium presence in R8. Former world champion in the event back in 2006, the Slovakian stormed to double gold at the 2013 European Championships.

But keep an eye on Germany’s Natascha Hiltrop. The 24-year-old just missed the R8 podium at the 2013 European Championships. Finishing fifth at the 2014 Worlds, Hiltrop will enter Rio 2016 with more experience under her belt.

You can catch the R8 event on 13 September at the Rio 2016 Paralympic Games. All shooting Para sport events will be contested at the Olympic Shooting Centre.