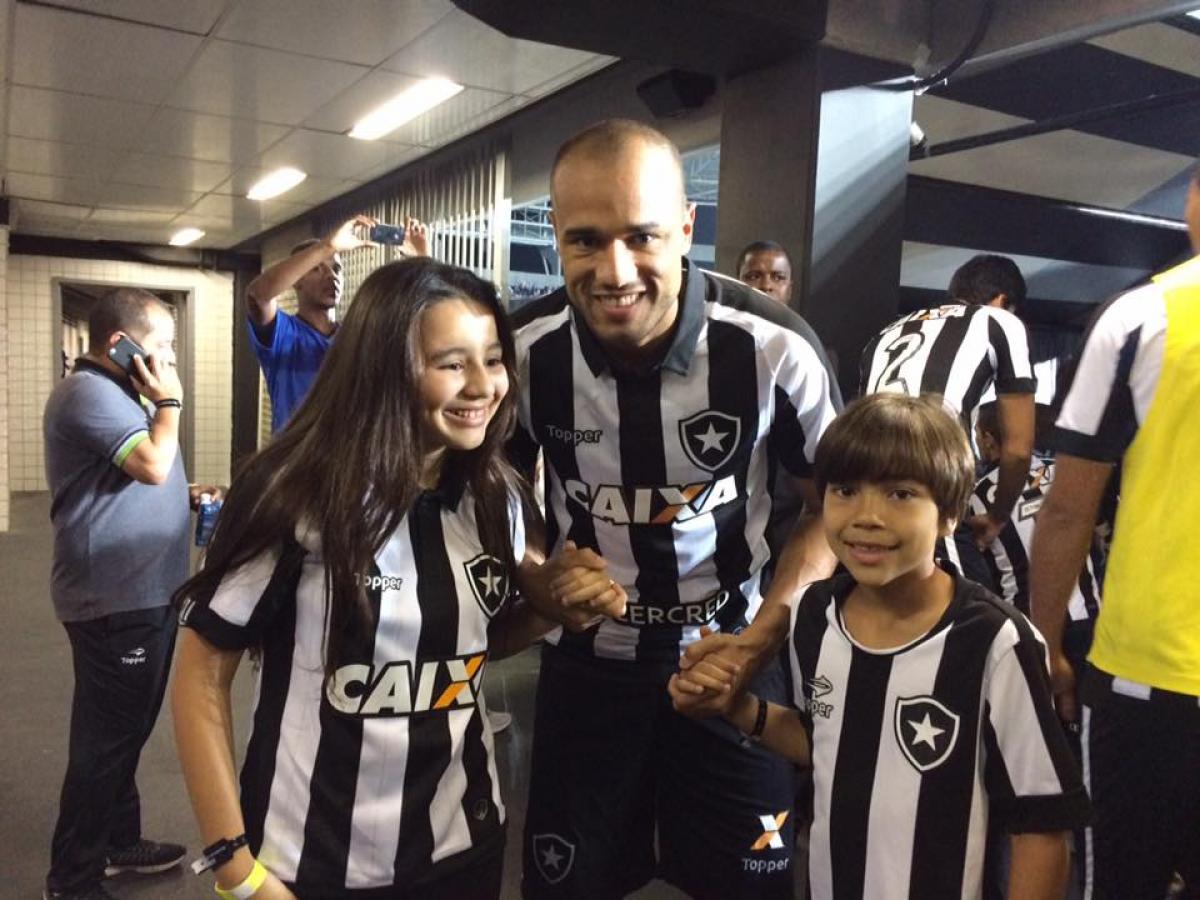 “I want to see her in the Paralympic Games. She swims really well. Sports break barriers, bring people together and bring joy. I keep dreaming with Giulia, she has no limits."

When footballer Roger Rodrigues da Silva takes to the pitch for Brazilian football team Botafogo tonight (29 June), it won't just be his playing skills making the headlines. Instead it is the story of his 11-year-old daughter Giulia that is capturing Brazilians' imagination. Guilia was born blind, and Roger dreams of seeing her in the Paralympic Games in the future.

Giulia has Septo-optic dysplasia, a rare congenital malformation syndrome that can cause visual impairment or blindness. Roger was informed about it when Giulia was 3 months old and he decided to send his wife Elizabeth with his daughter to China for an experimental treatment. The result was not what family initially hoped for but Roger says it was in that moment his life changed.

“Giulia stayed in treatment for 45 days but it was not as we expected. Then we understood that was God’s plan for us. We were chosen to have such a special and sweet daughter.”

Giulia practices Para swimming in Rio de Janeiro and Roger has big plans for her.

“I want to see her in the Paralympic Games. She swims really well. Sports break barriers, bring people together and bring joy. I keep dreaming with Giulia, she has no limits,” added the striker who has also played for Kashiwa Reysol in Japan and Suwon Bluewings in South Korea.

Giulia follows her father’s matches on TV listening to the commentators, but recently got to "feel" how one of Roger's best goals was scored. Brazil's TV Globo used a 3D printing machine to recreate some of Roger’s moves and the final touch into the net in a Brazil Cup match against Sport Club in Recife in early June.

Her father's goal is now not the only thing that Giulia has had the opportunity to feel. On 26 June Giulia took to the pitch with Roger for the first time, before kick-off in a Brazilian League match against Avaí. The match was played at the Olympic Stadium, the Para athletics venue for Rio 2016. Followed by her younger brother Nicolas she had her named shouted by Botafogo fans, some of them with banners with Giulia’s and Roger’s names.

“I told my dad: ‘I can’t believe it’s happening’. I had to hold the tears back because it was very emotional. It was beautiful. I love all the fans,” Giulia said.

Giulia recently had the chance to "feel" one of her father's goals thanks to a special 3D model.