The brightly coloured openings in the new London 2012 Shooting ranges contrast with the Georgian Royal facades of old. 12 Apr 2012
Imagen 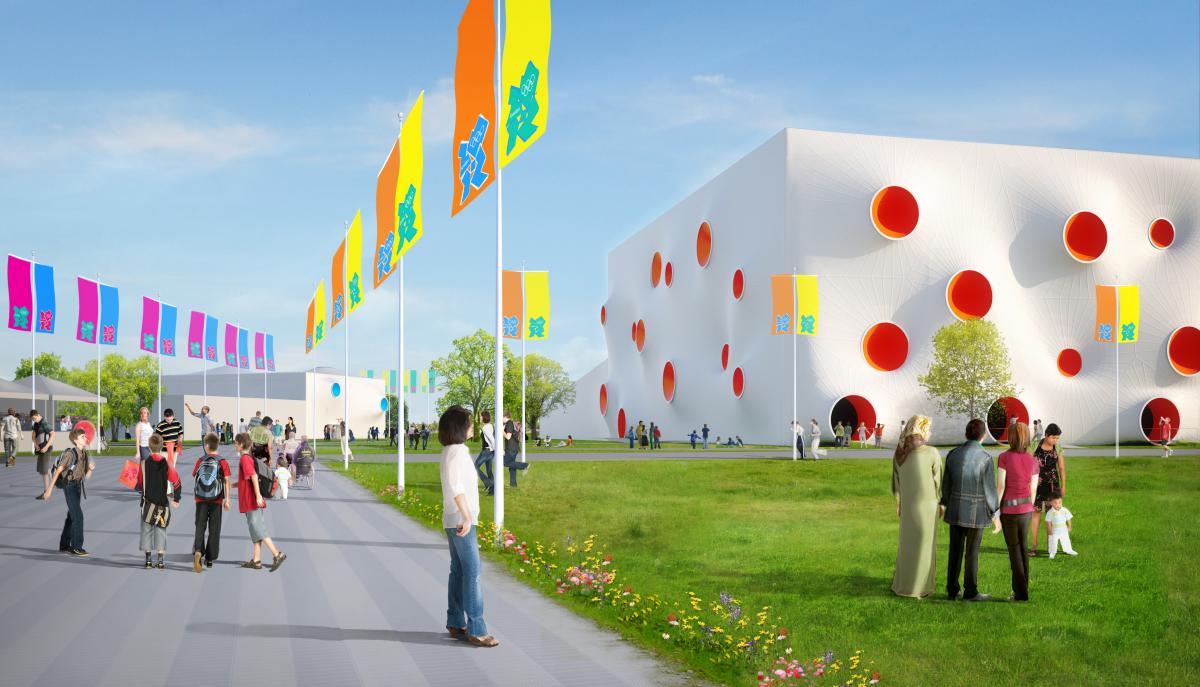 “This is the first time that these types of structures have been used.”

The 2012 Paralympic Shooting competition will take place at one of London’s most historical locations: the Royal Artillery Barracks in Woolwich.

The original building was constructed between 1775 and 1802 and has the longest continuous Georgian building facade in the UK – more than 1,000 feet (or 300 metres) in length.

The Shooting events will take place a short distance away in three temporary structures that began to be constructed in May 2011 and are nothing short of a modern marvel.

“The innovative design contrasts excellently to the historic setting of the Royal Artillery Barracks that spectators will see as they enter the venue,” said John Armitt, Chairman of the Olympic Development Agency (ODA).

Spectators will sit in enclosures that are clad in around 18,000 square metres of phthalate-free pvc membrane, giving the structure a unique appearance.

“This is the first time that these types of structures have been used,” Shooting Services Manager Will Richards said. “They feature an inner and outer membrane.”

Target competition inside a balloon-like structure might not seem like the obvious location for the event, but the membranes only cover the spectator areas.

“The shooting areas are all built within the regulations to ensure safety and they have all passed the range inspections. The backs to all the ranges are made out of wood,” Richards said.

Vibrantly coloured openings in the membrane help break-up the white facades of the structures, and create tension, in addition to providing natural ventilation and light.

The foundations for the venue were created by driving reclaimed gas pipelines into the ground. A steel frame connects the piles together to negate the use of concrete that can cause subsidence and damage to the earth when the venue is demounted.

Paralympic Shooting events will take place across three ranges, which are now structurally complete with 1,200 tonnes of steel and clad in plywood.

The 25m range will be used for the qualifying rounds of the Pistol events, which take place on 3 September.

The finals range will be used for the Rifle and Pistol finals, which take place daily from 30 August – 6 September.

“Spectators going to see Shooting and Paralympic Archery events will get to experience the Games in a colourful and modern venue situated in a world-class location that will inspire them as much as the athletes competing,” LOCOG Chairman Seb Coe said.

Immediately after the Games, the venue will be dismantled as quickly as possible and the site returned to its original condition, after which it will be handed back to the Ministry of Defence as the landowner.

London 2012 is working with the Government and other partners to identify opportunities where elements of the venue and sports equipment could be reused after the Games. The temporary venue will also stage Paralympic Archery across three open air ranges.