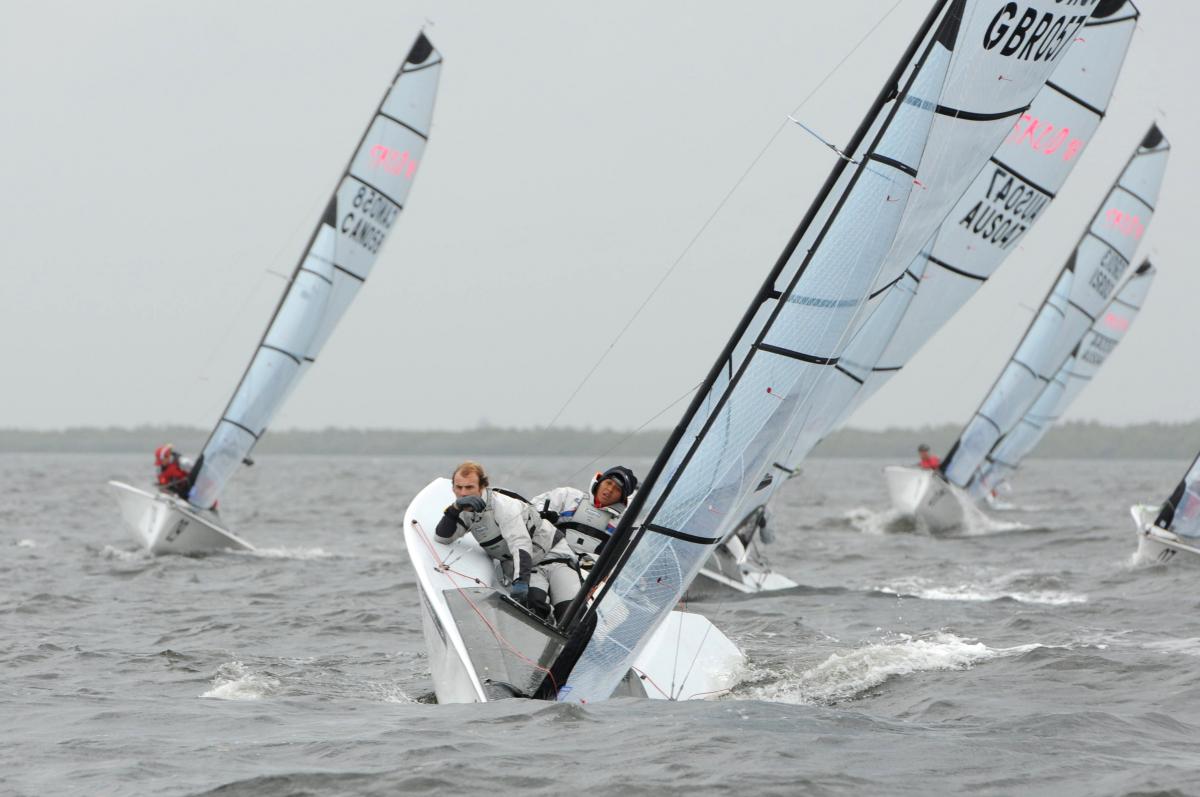 Paralympic sailing bronze medallists Alexandra Rickham and Niki Birrell are looking forward to kick-starting their Rio 2016 campaign in earnest this week when they compete for honours at the SKUD European Championships in Arbon, Switzerland (9-12 May).

Aside from a ‘shakedown’ at the domestic RYA Spring Series weekend event at Weymouth and Portland in March, the four-time World Champions have been away from competitive action in the SKUD since claiming their Paralympic podium finish back in September.

This week, Epsom’s Rickham and Birrell, from Knutsford, will line up with nine other crews at the Lake Constance venue in a bid to start their road to Rio with a European crown.

“It’ll be great to kick the event off and get our heads back into racing again. I’m excited to get started,” the 31-year-old Rickham explained.

“It’s a significant event in that it’s the first time we’ve really seen a proper fleet at the SKUD Europeans. There are a lot of new teams competing here this week, which really shows the SKUD fleet is moving forwards with some new faces in the mix and hopefully that will continue.”

This is the British duo’s first opportunity for international racing this year as there have been no SKUD fleets at the 2013 ISAF Sailing World Cup series events. But the pair have nonetheless been taking opportunities elsewhere to hone their skills.

“Although it’s our first proper event since the Games, it’s not like we’ve just been sitting around watching TV and getting fat!” Birrell, 26, explained.

“Alex has been off doing some 2.4mR sailing in Miami and I’ve been sailing in some able-bodied fleets to keep my hand in and help develop some of the tactical sides of things.”

“Learning to sail a 2.4mR was an experience, that’s for sure!” Rickham admitted of her experience sailing the one-person Paralympic class in which Helena Lucas claimed gold last summer.

“There were a few tantrums and tears, and going out in 15 knots on my first day was a pretty scary baptism of fire! It was pretty useful though in helping me develop my racing skills, increasing my confidence and improving my tactics, even if it’s not the easiest boat to sail if you’re tetraplegic!”

Racing at the SKUD European Championships, part of the Access Class Europeans, takes place over four days, with two races per day.

While Birrell is pragmatic about the work ahead in order to achieve Paralympic gold in 2016, the competitor in him remains fired up for Swiss silverware come Sunday.

“We ticked the box to a certain extent with a medal at the Paralympics, but a gold medal in Rio is definitely our motivation. There’s still an awful lot to be done between now and then though – you have to make the cake before you can eat it!

“We’ve approaching the event in quite a relaxed way. That said, I never start a sailing event with the aim of doing anything other than winning it so it’ll be good to start racing again and get the competitive juices going!”