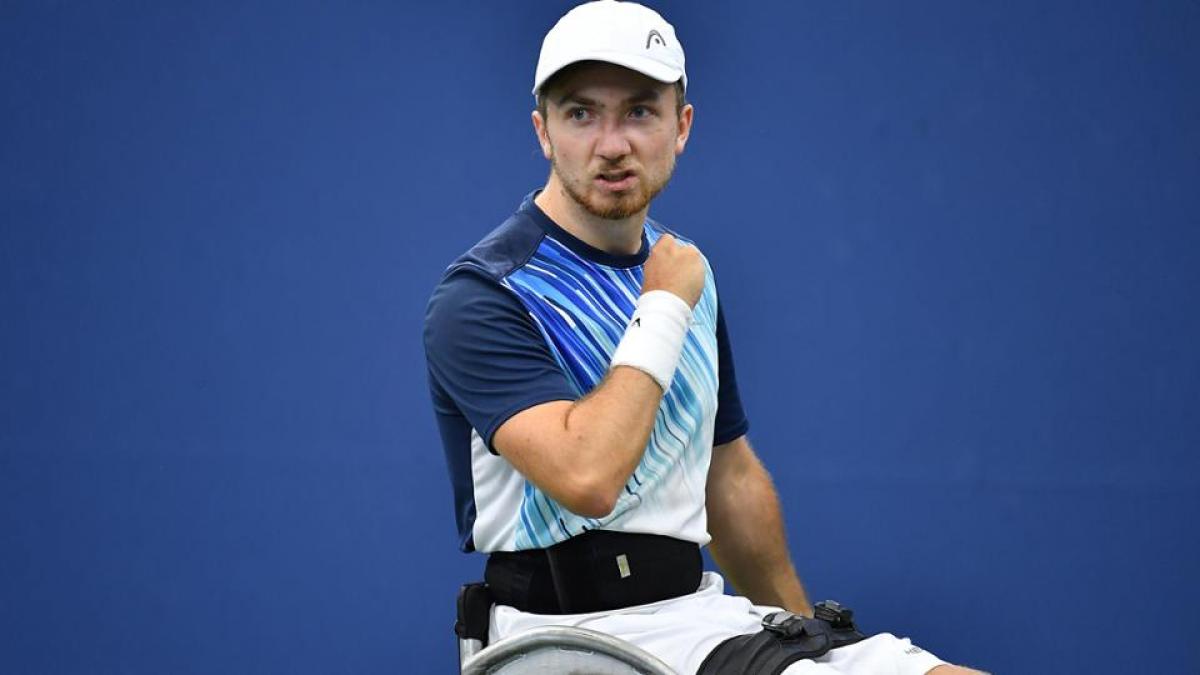 The Netherlands’ Sam Schroder stunned two-time champion Dylan Alcott of Australia in the US Open final to win the quad singles title on his Grand Slam debut.

The 20-year-old Dutchman, who had lost to Alcott in straight sets in their round robin encounter earlier in the week, capitalised on his second opportunity, winning the final 7-6(5) 0-6 6-4 on Sunday (13 September). His victory prevented Alcott from adding to his triumphs at Flushing Meadows in 2015 and 2018.

Schroder's victory highlighted the return of the sport since the COVID-19 pandemic halted competitions in March. Japan’s Shingo Kunieda took the men’s singles title, while another Dutch athlete in Diede de Groot triumphed in the women’s category.

“I didn’t expect it at all. I’m super happy about it. I had to hold my tears back a little bit,” said world No. 4 Schroder. “Meeting other top able-bodied players is also an amazing experience and something that’s really going to help me grow as a person and a tennis player. It’s been wonderful.”

After failing to register a game in the second set, Schroder had to really grind it out. He underwent treatment for colon cancer in 2017, and admitted that the experience had a significant bearing on his ability to dig deep and find a way past Alcott.

“It’s a very big factor for me,” said Schroder, who has a rare genetic disorder which has caused his hands and feet to develop abnormally. “To just keep going in every match no matter what the score is. Just to find a way to get back in there. Fight for every point and never give up. What I went through when I had cancer helped me solidify that in my head.

Schroder’s US Open win is his third title of 2020 – adding to his titles in Bolton and Melbourne this year – with Alcott the only player who’s managed to beat him this season.

Grand Slam glory came true for @SamWCTennis, joining the ranks of Shingo Kunieda and @jordannejoyce92 on the final day of competition.

Shingo Kunieda edged past Alfie Hewett to claim his seventh US Open title - but first in five years – in the final of the men’s single. The 36-year-old defeated the Briton 6-3, 3-6, 7-6(3) to deny Hewett a third consecutive US Open crown and triumph in New York for the first time since 2015.

"I don’t mind about the record," said Kunieda. "Esther is brilliant, so just because I win 45, it is not because I am a better player. Esther has a lot of unbeaten records, which are a lot more tough [to achieve], I think.

Kunieda, who equalled Verger's tally at January's Australian Open, had won three Grand Slams prior to his last triumph at the US Open five years ago. But he was arguably the underdog to the 22-year-old star.

"(Alfie) had a lot of chances to win this time, but I took control mentally from the beginning to the end. This was the key to the match I think." 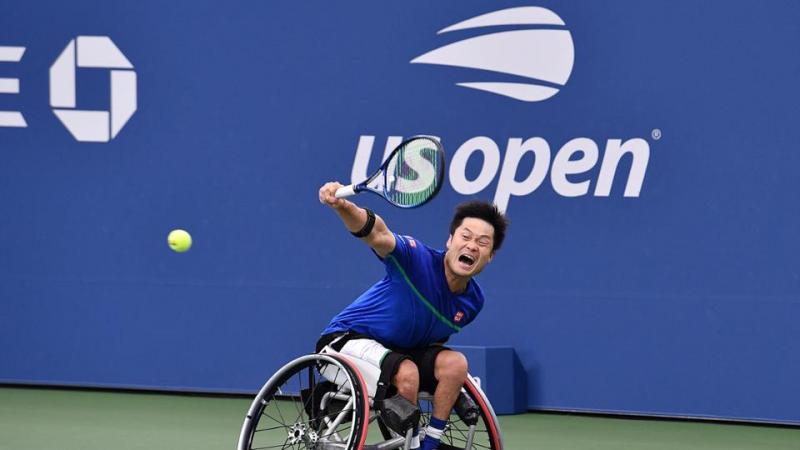 World No. 1 Diede De Groot continued her dominance of the women’s singles event with a third straight title on Saturday (12 September). The 23-year-old Dutchwoman secured her eighth Grand Slam win of an already glittering career with a 6-3 6-3 victory over No. 2 seed Yui Kamiji of Japan.

“It’s a happy ending, but also a week I’ll never forget," said De Groot. "It’s been so special being out here playing matches again after such a long time. I really don’t think I’m ever going to forget this tournament."

In doubles action, British duo of Alfie Hewett and Gordon Reid proved too good for their French rivals Stephane Houdet and Nicolas Peifer, prevailing 6-4 6-1 to lift the men’s doubles title. Australians Dylan Alcott and Andy Lapthorne dropped the opening set of the quad doubles final against Sam Schroder and David Wagner but fought back to win 3-6, 6-4 [10-8]. Yui Kamiji did leave with a title, combining with Britain's Jordanne Whiley to win the women's doubles event. 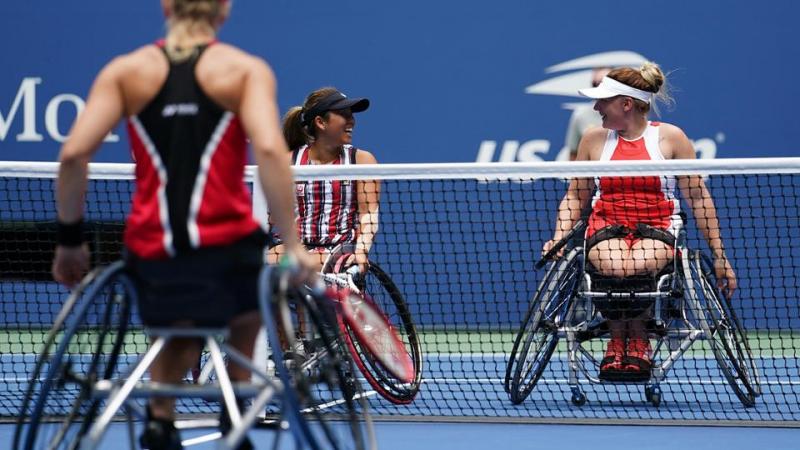 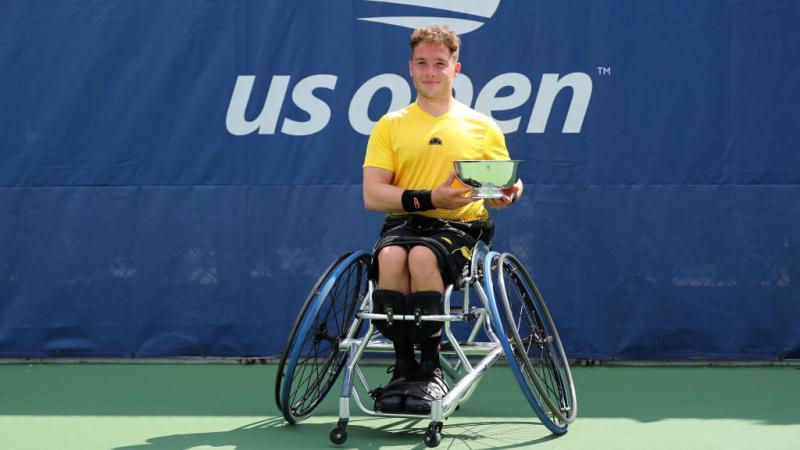