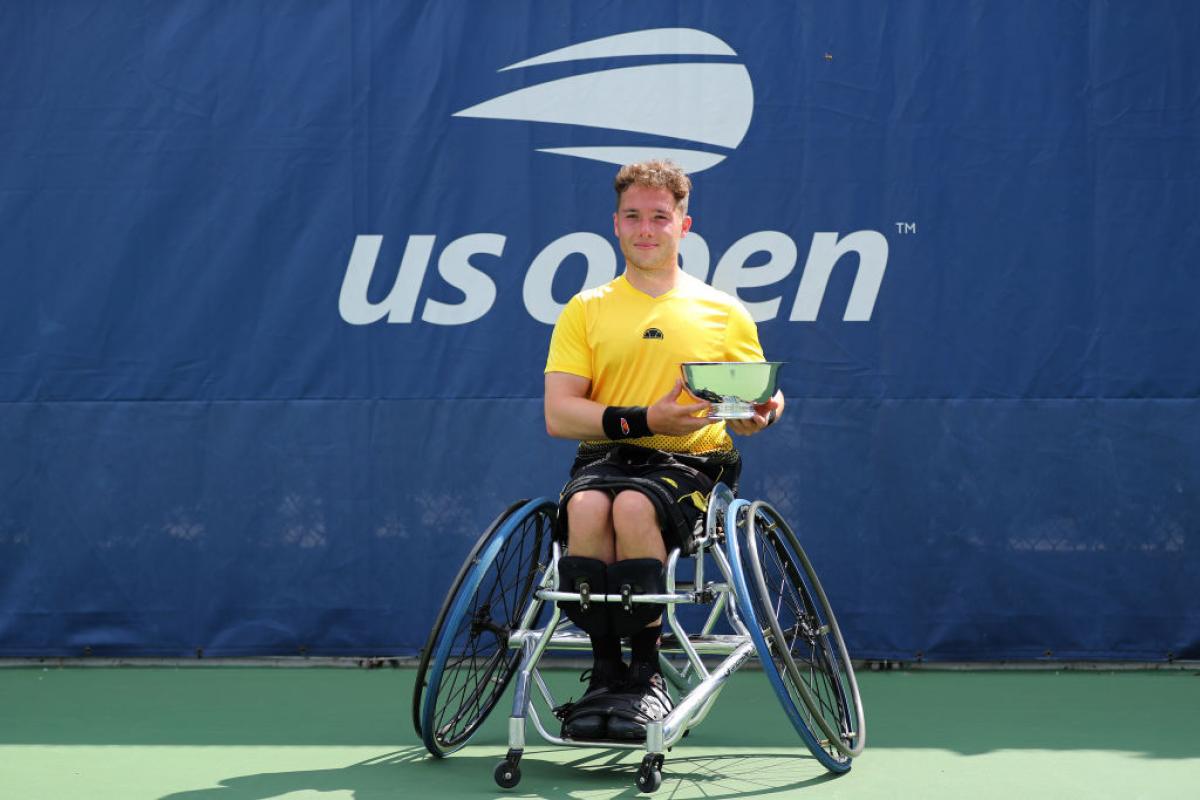 Wheelchair tennis makes its return to international competitive action at the US Open from Thursday (10 September), with the draws for the men’s and women’s events producing showdowns between compatriots from the outset.

Two-time defending champion Alfie Hewett will open his bid for a hat-trick of men’s singles titles against fellow Briton Gordon Reid. The duo are also top seeds in the men’s doubles draw, where they will face Japan's Shingo Kunieda and Argentina's Gustavo Fernandez, the world No. 1 and No. 2 respectively, for a place in the final.

Kunieda and Fernandez will both face French opposition in their opening singles matches in New York. Japan’s Kunieda, the top seed, opens his bid for a sixth US Open title against Nicolas Peifer, while second seed Fernandez launches his quest for the one Grand Slam singles title missing from his collection against two-time former champion Stephane Houdet, with Hewett or Reid awaiting in the semi-finals.

Completing the draw, USA wild card Casey Ratzlaff, the world No. 20, will face Belgium’s Joachim Gerard for the chance to take on Kunieda or Peifer for a place in the final. The duo will also partner in the doubles event, taking on No. 2 seeds Houdet and Peifer in the semi-finals.

In the women’s event, Dutch world No. 1 Diede de Groot, champion in 2018 and 2019, faces an intriguing opening match against Great Britain’s Jordanne Whiley, back at the US Open for the first time since winning the title in 2015. The winner will face either Netherlands’ Marjolein Buis or USA’s Dana Mathewson in the semis.

In the women’s doubles draw, De Groot will chase a fourth consecutive US Open title with Buis, her 2017 title-winning partner – the Dutch duo open against Ohtani and Shuker. Kamiji and Whiley – who won the doubles calendar slam together in 2014 – will face Bernal and Mathewson.

The four-player quad event opens with a round robin phase, with defending champion Andy Lapthorne of Great Britain up against Australian world No.1 Dylan Alcott, USA’s three-time former champion David Wagner, and Dutch debutant Sam Schroder. The top two will then face off once more in the final. Alcott and Lapthorne will also look to retain their title against Schroder and Wagner in the quad doubles final.

The complete US Open wheelchair tennis draw can be found on the International Tennis Federation's website.