The Mexican swimmer is refocused after not meeting expectations at the Paralympic Games. 27 May 2017
Imagen 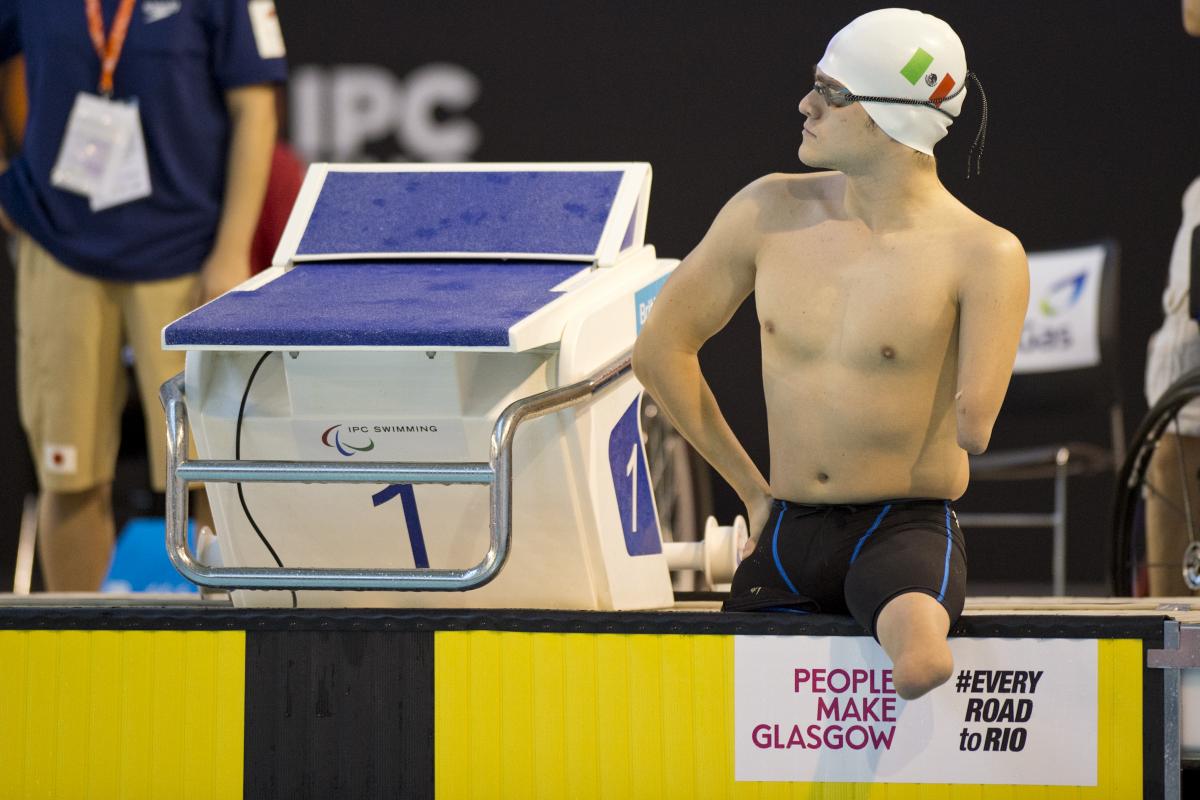 "... it was a good experience for me because I learned that it's not good to feel so confident and not train"

Mexico's Gustavo Sanchez is looking to put his disappointing showing at the Rio 2016 Paralympics behind him as he prepares for September’s World Para Swimming Championships in Mexico City.

Heading into Rio 2016 Sanchez was expected to do well having medalled at the last three Championships. The 23-year-old S4 swimmer even hoped to equal or better his medal haul from London 2012 where he won two golds, a silver and a bronze. However, in Rio he only managed a best of sixth place in four of his six events.

“Rio was a hard and difficult experience because of my results, but it was a good experience for me because I learned that it's not good to feel so confident and not train," Sanchez said.

“My aims for Rio were high, but I was very complacent about myself and I just didn't achieve [my aims] because I didn't train well. I thought it would be easy but it wasn't.”

“I'm working out with a new coach and making a completely new way of training, I'm getting focused more on style than doing lots of kilometres of swimming. I'm training daily and getting ready not only in the pool, but also working on my body shape," he said.

He knows the competition will only get tighter especially with the influx of younger athletes.

“There are many rivals right now, the young athletes are pushing forward and I don't know who my first rival is,” said Sanchez, who has been competing since his international debut as a 16-year-old in 2010. “The only specific rival is me at this time, because I need to get back on medals and times.”

Sanchez got a taste for success early in his swimming career, and soon looked to emulate his sporting heroes. He was taken to swimming lessons for rehabilitation from seven years old.

“My first medal was at nine years old on a national competition and from that point I started to dream to be a great athlete like Daniel Días or like Michael Phelps.”

With the World Para Swimming World Championships being held in Sanchez’s hometown of Mexico City this autumn, he is looking forward both to the event itself and to potentially having another opportunity to swim for his country: “The next important event is the World Championships in Mexico. It's a great honour to represent your country and thecolours of your flag.

“I’m aiming to go to Tokyo. And the plan is to be in better shape. I’m hoping to get better results that London and Rio.”

The 2017 World Para Swimming Championships will be held from 30 September – 6 October. Around 550 swimmers from more than 60 countries are expected to compete at the Francisco Marquez Olympic Swimming Pool.