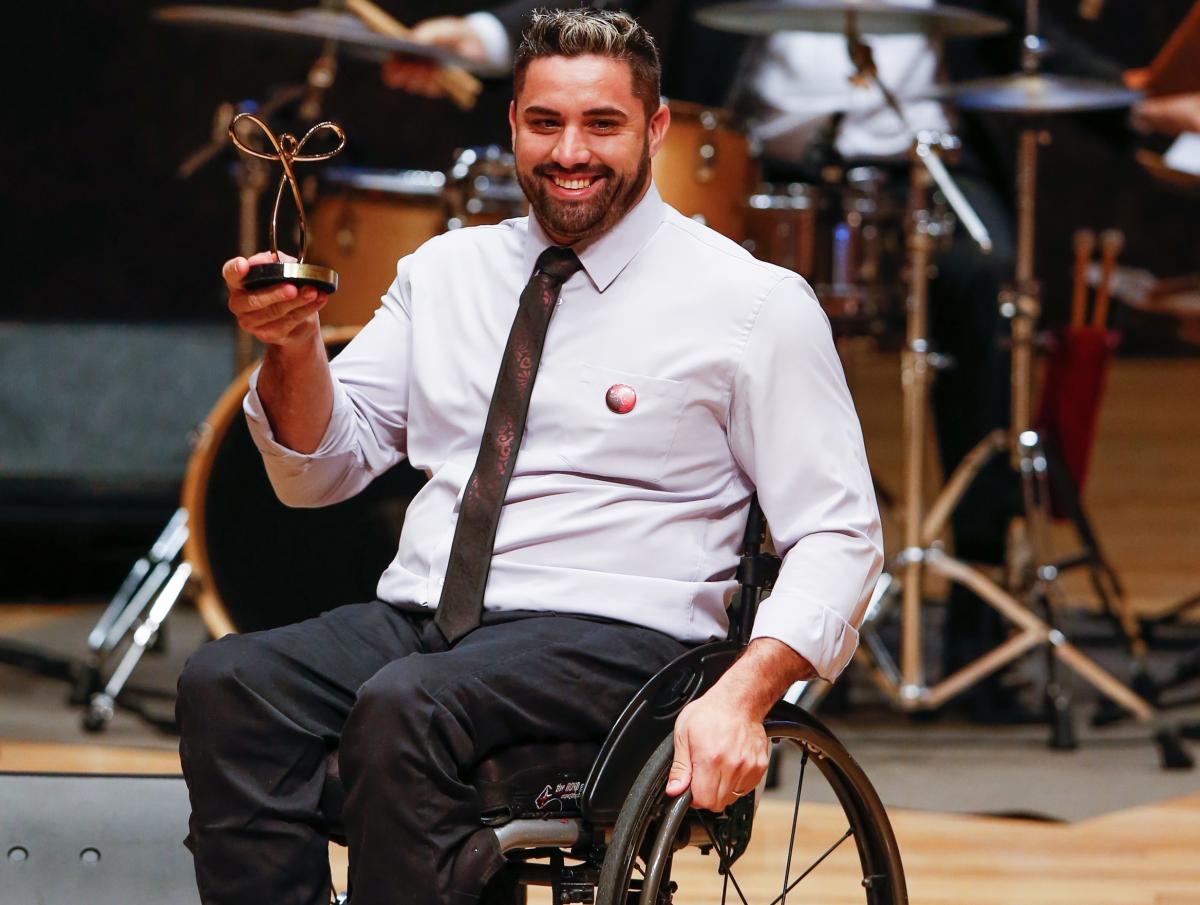 “I feel like our work has paid off, but I am still far from reaching my goals for this season. I definitely feel the obligation to win and to perform well.”

The 2018 season has been rich with podium positions, but Brazil’s Jovane Guissone is not slowing down in the run-up to the 2018 Wheelchair Fencing Americas Championships from 14-16 September in Saskatoon, Canada.

Guissone, a Paralympic champion from London 2012, currently sits in the top three of the men’s epee category B world rankings after some encouraging results so far this year.

“I got off to a great start this season with six medals in four international competitions and I am currently at the top of the world ranking,” Guissone said. “I feel like our work has paid off, but I am still far from reaching my goals for this season. I definitely feel the obligation to win and to perform well.”

The upcoming Championships is putting pressure on the Brazilian, as he is the current Americas champion in the foil and the epee silver medallist.

Now the 35-year-old is training hard not only to retain his title but also to perform well in another discipline – sabre. Competing in all the three weapons is a serious challenge that requires special preparation and complete determination.

“I am focused on my physical condition,” Guissone said. “I have dropped 12kg, so I expect to be faster this year. I also have new staff working with me. I try not to focus a lot on my opponents, for as my preparation, I have worked hard to be prepared.”

Best known as the only Brazilian to have won Paralympic gold in wheelchair fencing at London 2012, Guissone does not hide having an ambition to add another important medal to his haul:

“I would love to win a second Paralympic medal. It is definitely my goal.”