The German para-triathlete has dominated the men’s PT4 category, looks to show form ahead of World Finals. 09 Jul 2015
Imagen 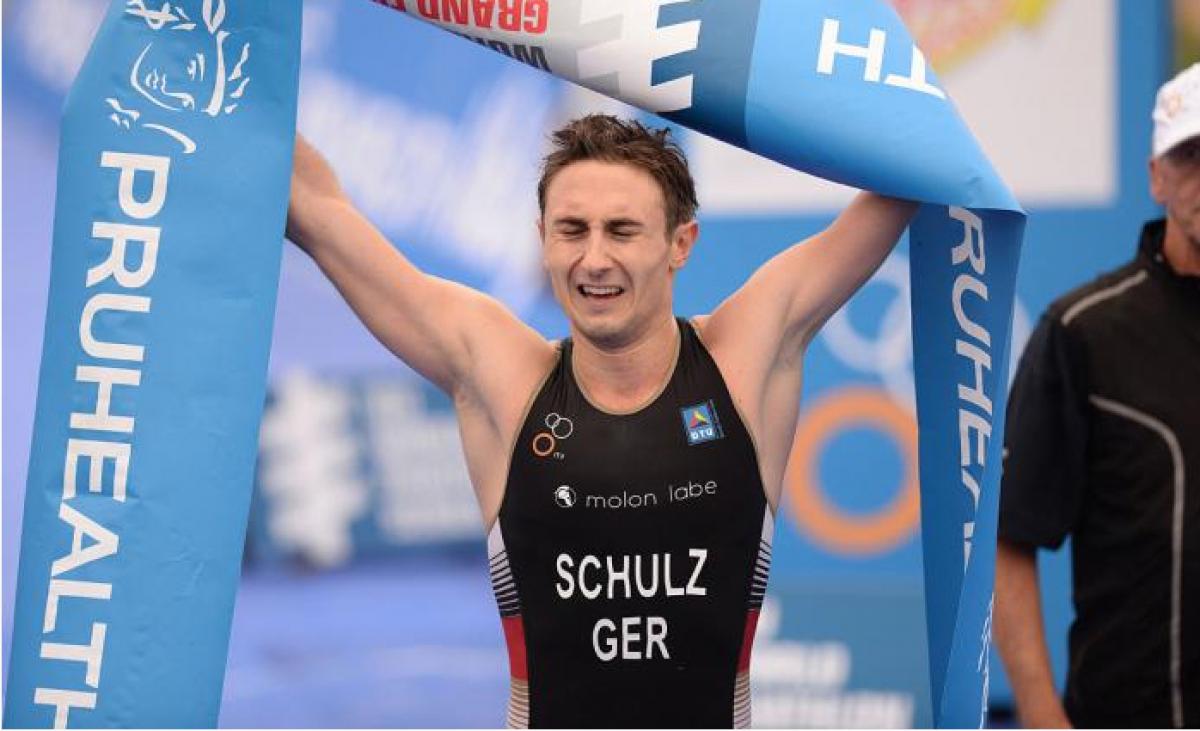 ⒸDelly Carr | ITU
By Megan Mindel | For the IPC

Ten years after competing in his first triathlon as a 15-year-old, Germany’s two-time world champion Martin Schulz is looking to add a fourth consecutive European title to his resume this week.

Schulz, who is currently ranked second in the men’s PT4 division, will compete at the 2015 Geneva ETU Triathlon European Championships, which begin on Thursday (9 July) in Switzerland.

According to the 25-year-old, winning the European title would be a big confidence boost ahead of September’s World Triathlon Grand Final in Chicago, USA.

“The World Championships are of course more important for me,” Schulz said. “I want to be in Chicago at 100 per cent. I want to become the world champion for the third time and qualify directly for Rio 2016.”

A former swimmer, Schulz’s goal is to improve his running and cycling.

Looking to challenge him for the European Championship on Thursday is France’s Yannick Bourseaux, who finished second to Schulz in last year’s event. Spain’s Jairo Ruiz Lopez, who took third in 2014, and Hungary’s Peter Boronkay are also podium contenders.

On the women’s side, Great Britain’s Lauren Steadman looks to defend her PT4 European title. After being disqualified from last year’s Championships, France’s Elise Marc hopes for redemption and to continue her strong season in the PT2 category. Great Britain’s Melissa Reid is the favourite in the PT5 event, while Italy’s Rita Cuccuru and Germany’s Nora Hansel headline the PT1 and PT3 events, respectively.

Great Britain’s Phil Hogg, who finished second in last year’s event in the PT1 category, will look for the top prize and hope to beat defending champion Jetz Plat of the Netherlands. Italy’s Michele Ferrarin is the man to beat in the PT2 division, while the PT3 division will feature a battle between Spain’s Daniel Molina and Italy’s Alessio Borgato, who have traded the first and second finishes in this year’s triathlons. Ukraine’s Vasyl Zakrevsky headlines the PT5 category.

For more information on the 2015 European Triathlon Championships, click here.