While Australia and USA are already on the semi-finals, Great Britain faces Japan and Canada plays Sweden in vital games for all four teams involved on Day 3 of wheelchair rugby. 07 Sep 2012
Imagen 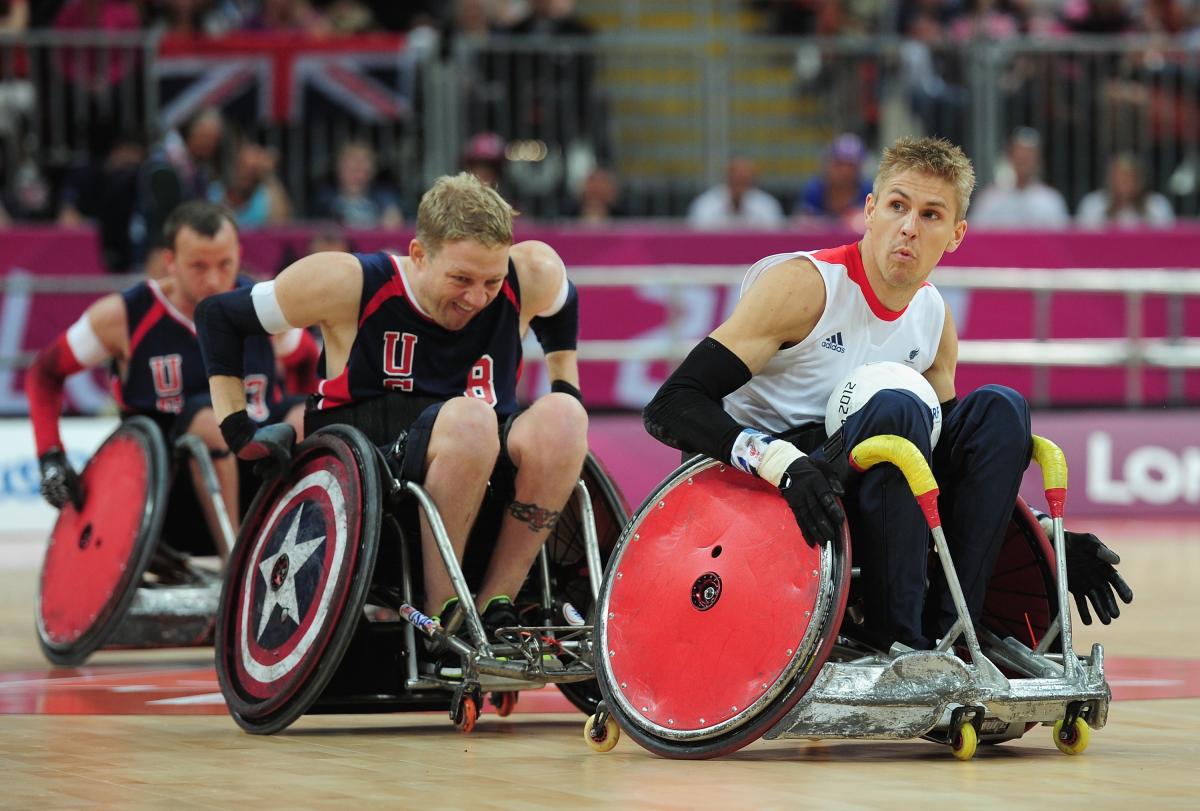 Sweden and Canada teams will be going into the encounter knowing that they have a good chance of victory, but will need to play at the top of their game.

The final group matches take place on Friday (7 September) with a number of teams still fighting it out to qualify for the remaining semi-final places.

In group A, the USA have already guaranteed their place in the last four, but only one of either Japan or Great Britain can join them.

Great Britain coach Tom O’Connor admits his side will have to produce a strong performance to defeat the opposition.

He said: “I’m looking forward to playing against Japan - they are a really good, polished side. They won a medal at the world championships, so it’s going to be a massive challenge for us.

“We are still in the mix of reaching the semi-finals at the moment, and we’re in control of our own destiny which is good.”

Australia has also already booked their place into the last four, with only Sweden or Canada joining them from group B. Sweden and Canada play each other in the final group game.

Both teams will be going into the encounter knowing that they have a good chance of victory, but will need to play at the top of their game.

Canadian Mike Whitehead is familiar with Labrecque’s coaching techniques and is aware that his team need to be at the top of their game.

“We know that they will be prepared,” he said.

“Everyone knows that whoever comes out and wins takes all.”

Sweden captain Per-Arne Kulle believes his side have no individual player to fear ahead of the match.

He said: “They haven’t got any standout stars like Australia have with Riley Batt. We have had good close matches with Canada before and we have beaten them before.

“I think we have a really good chance. If we have a good day, we will win.”

Canadian veteran Garrett Hickling, however, disagrees and reckons that Sweden will need to up their game to defeat the aple-leafs.

“We have a squad full experience and a number of younger players that have a lot of speed and bite,” he said.

“Every game that they play, they learn and are getting better and better."

Australia takes on Belgium and the USA will face France in the remaining fixtures of the day. If Australia and the USA both win, they will avoid each other in the semi-final.

Aerial view of a section of the Basketball Arena in the London 2012 Olympic Park.