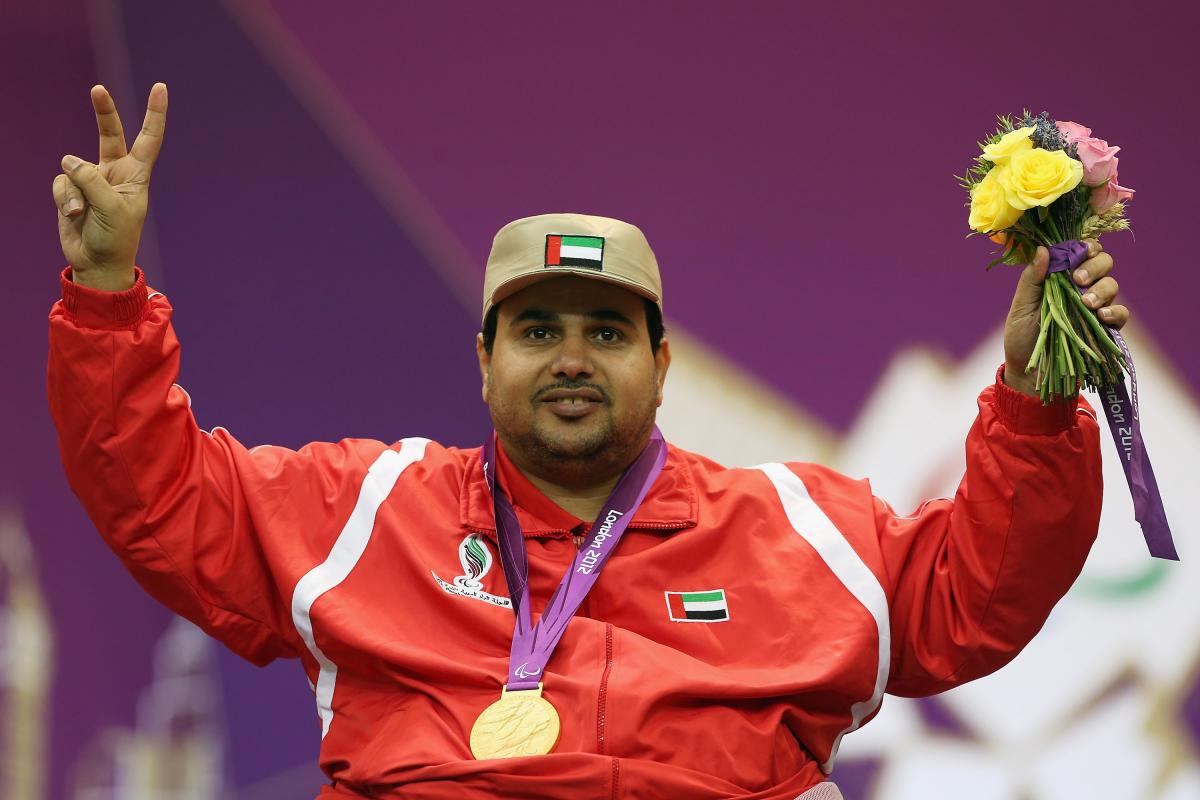 Germany’s Norbert Gau (618.5) claimed silver whilst bronze was collected by another athlete from the UAE – Obaid Al Dahmani (617.2).

A delighted Abdullah Alaryani said: “I am proud to have brought the UAE its first gold medal in this sporting category. All our achievements are a result of hard work and dedication shown by us, which have always received the unwavering support of our wise leadership.

“Earlier in the competition, I was a bit nervous facing the world’s best in this category of sport, however, I kept that aside to go ahead and give everything I had. A huge part of my victory was enabled by the fantastic crowds and supporters who came in with their positivity and created an electrifying atmosphere, which fuelled my performance.”

Germany enjoyed double gold in the other events on the range at the Al Dhaid Sports Club on Monday.

Kenjaeva had the edge to begin with, but a score of 102 in the final series saw Seeliger claim the gold.

Latifa Alsuwaidi (433.9) picked up UAE’s third medal of the day with bronze.

China claimed all but one of the golds on offer on the opening day of action at the World Games, which is also the first Wheelchair Fencing World Cup of 2019.

An incredibly close and tense match between British world champion Dimitri Coutya and China’s Paralympic silver medallist Daoliang Hu in the men’s foil B ended with gold for Hu – but only just.

The men swapped the lead early in the match before Hu put some distance between him and his opponent.

However Coutya managed to catch-up before a fall from his fencing chair interrupted his rhythm. Hu capitalised and with a final few key hits won the duel 15-14.

Two other gold medal bouts in the women’s epee A and men’s foil A featured an all-Chinese line-up.

In the men’s foil A, Gang Sun got the better of Sai Chun Zhong with a 15-12 scoreline.

Thailand’s Paralympic silver medallist Saysunee Jana was absolutely delighted with her opening win of 2019 in the women’s epee B.

“I handled it like I thought I could do it so I am proud,” Jana said before looking towards September’s IWAS Wheelchair Fencing World Championships in Cheongju, South Korea: “I think it is a big match and I want to shine.”

The 2019 World Games continue until 16 February. As well as shooting and wheelchair fencing, five other sports are on the programme.

Athletics, badminton, table tennis, swimming and archery all get underway on 13 February.