The top 12 things you should know about Shooting at the London 2012 Paralympic Games. 14 Apr 2012
Imagen 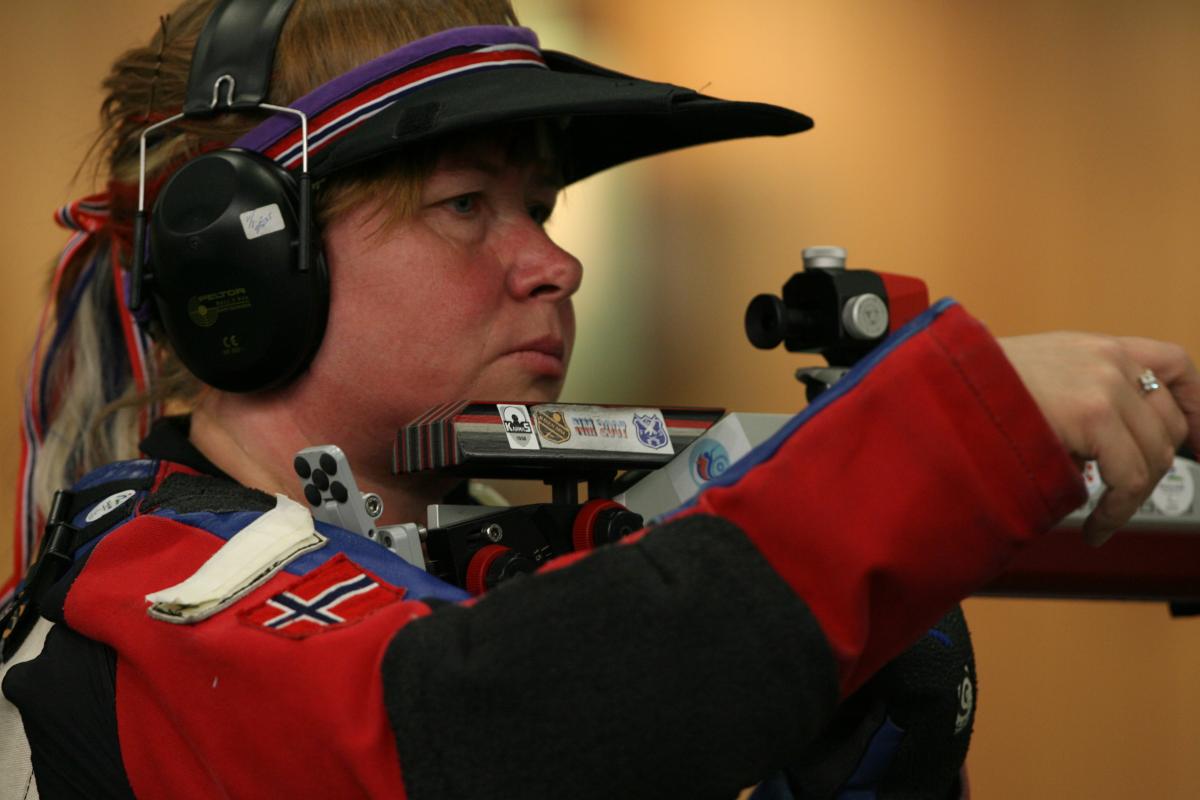 On 30 August, a shooter will be the first Paralympian to win a medal at the London 2012 Paralympic Games.

Shooting is a test of accuracy and control, in which competitors use pistols or rifles to fire a series of shots at a stationary target.

Here are 12 things you should know about Shooting at the London 2012 Paralympic Games:

One hundred men and 40 women will take part in 12 medal events from 30 August – 6 September at the Royal Artillery Barracks in Woolwich, London.

Athletes shoot from a variety of positions ¬– standing, sitting or prone – at distances of 10m, 25m and 50m. The rules for each event depend on the firearm, the distance, shooting position, number of shots and the time limit, but each competition consists of a qualification and a final round. The score in the final round is added to the athlete's score in the qualification round. The winner is the competitor who gathers the most points by the end of the competition.

The goal of Shooting is to place a series of shots inside the centre ring of the bullseye The target is made up of 10 scoring rings. The centre ring, known as the bullseye, is worth 10 points, or 10.9 points in finals. These targets are electronic for increased accuracy.

Athletes use .22 calibre rifles and air guns (pneumatic, CO2 gas or spring). Upon trigger activation, the CO2 liquid changes to gas and activates the projectile toward the target. The pneumatic rifle uses a multiple pump system to store air pressure in a reservoir and trigger compression activates the projectile toward the target.

On 30 August, a shooter will be the first Paralympian to win a medal at the London 2012 Paralympic Games.

At London 2012, the Shooting competition will be held at a truly historic venue: The Royal Artillery Barracks. Its rich heritage dates back to 1716, when a Royal Warrant authorized the formation of two artillery companies at the Royal Arsenal in Woolwich. The current building was constructed between 1775 and 1802 and has the longest continuous Georgian building facade in the UK - over 1,000 feet (about 300 metres) in length.

Shooting has been part of the Paralympic Games since Toronto in 1976, when three events were held. At one point the number of events expanded to as many as 29, but since the Sydney 2000 Games a standard 12 events have been included.

Shooting is governed by the IPC and co-ordinated by the IPC Shooting Technical Committee following the modified rules of the International Shooting Sport Federation (ISSF). These rules take into account the differences that exist between Shooting for the able-bodied and Shooting for persons with a disability.

Heathrow Airport in London expects 140 Paralympic athletes to pass through the airport carrying around 200 firearms.