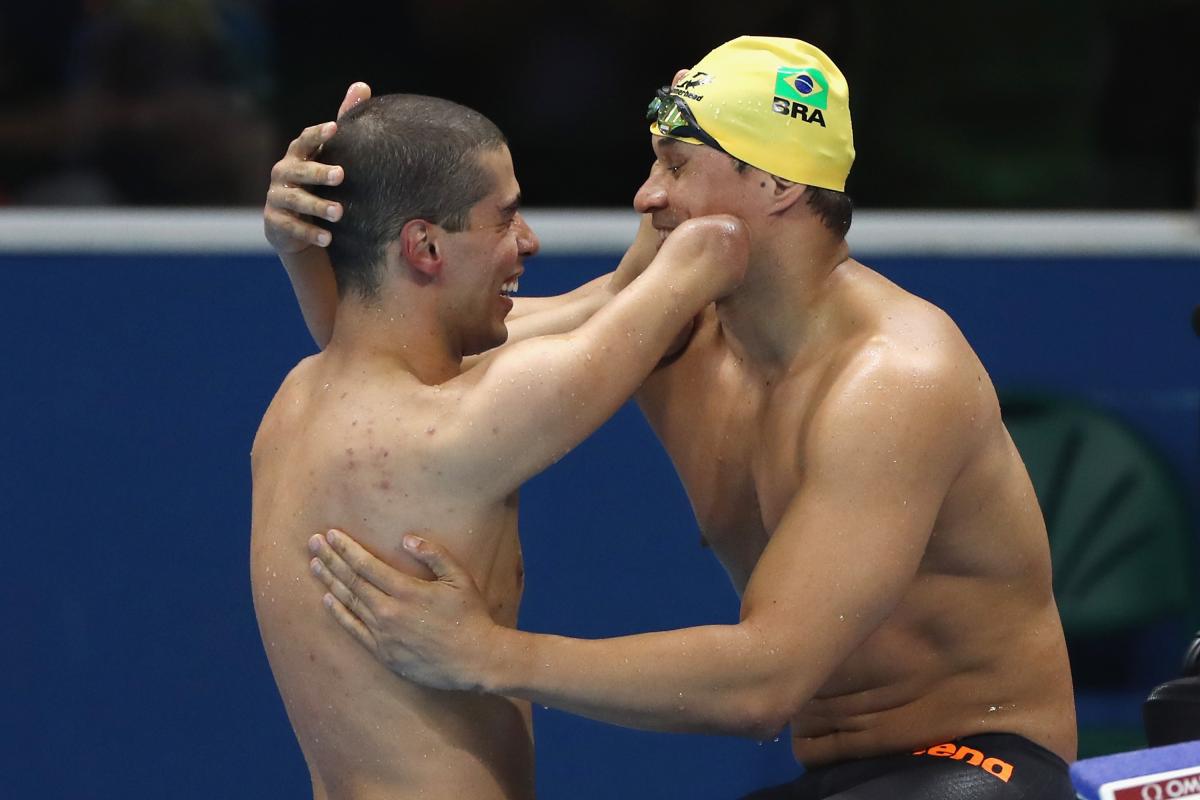 Brazil's Daniel Dias embraces the man who inspired him to take up Para swimming, teammate Clodoaldo Silva, at Rio 2016.

“From my poor childhood in Natal, I made it into the Maracana. It was such a big victory for me because I could show the world that disabled people are the same as any others. "

Fresh from competing at his home Paralympics and announcing his retirement from competitive sport, Brazilian swimming legend Clodoaldo Silva explains why he believes the 2017 Youth Parapan American Games, set to begin in 100 days in Sao Paulo, Brazil, will be important for the country and the continent.

“The Youth Parapan Ams are a relatively new competition and do not have the tradition of the Paralympic Games yet. But I believe that the event in Sao Paulo will be a turning point in its young history,” he said.

Silva highlighted that Brazil has been hosting major Paralympic events since 2007, when Rio de Janeiro staged the third edition of the Parapan American Games, with Brazilian society benefitting from these experiences.

“Rio 2016 did not only give us a structural legacy, but also an educational, cultural and social one,” he said.

“It was quite a utopic idea of mine before the Games, but I really think that we could change some people’s perceptions and make society more aware of people with impairment. Sao Paulo 2017 can contribute to this positive change as well.”

Silva also knows how important will be for Brazilian youngsters to compete on home soil. He claimed a staggering 14 medals over five Paralympic Games, including a silver at the most recent ones, in Rio.

“Without any doubt, the six golds and one silver medal I won in Athens 2004 were my most important ones. But my last medal at Rio 2016 was more than special because I achieved it with the team and I was with my friends in front of my home crowd,” he said.

Another important moment in Silva’s life was when he had the honour of lighting the Paralympic cauldron at the Opening Ceremony of the Rio Games, at the famous Maracana Stadium.

“I got a call from the Brazilian Paralympic Committee President, Andrew Parsons, and he asked me to light the cauldron at the Opening. I had to keep it as a secret, but it was so hard for me because I was so blown away and excited,” he recalled.

“From my poor childhood in Natal, I made it into the Maracana. It was such a big victory for me because I could show the world that disabled people are the same as any others.

“I was so proud to be the protagonist of the most important and awaited moment of the whole celebration.”

After his last race in Rio, Silva was invited to parade around the pool at the Aquatics Centre to say goodbye to the loud home crowd which never stopped cheering for him.

With his achievements, Silva has become far more than just a successful Para athlete, but a true inspiration for many people.

“Now that I have retired, I want to continue inspiring people with or without impairment,” he said.

Silva’s motto is very clear. “I retired from the pool, but the work continues outside,” he said. 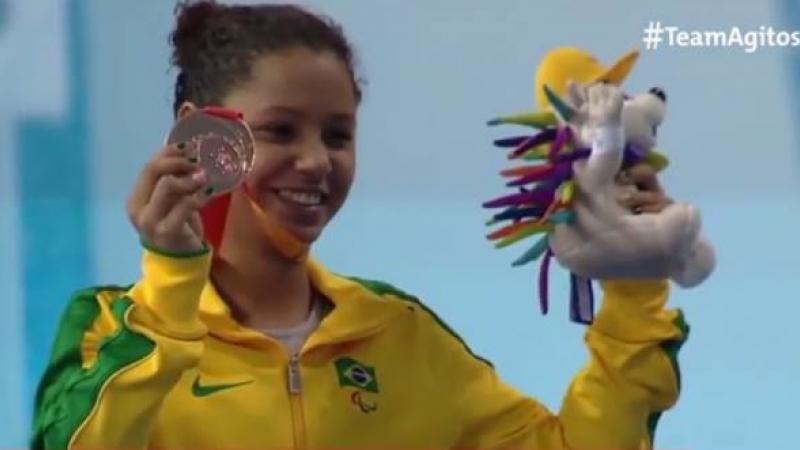