On the final day of the IPC Athletics European Championships, six world records were broken, bringing the total number of new records at the event to 14. 29 Jun 2012
Imagen 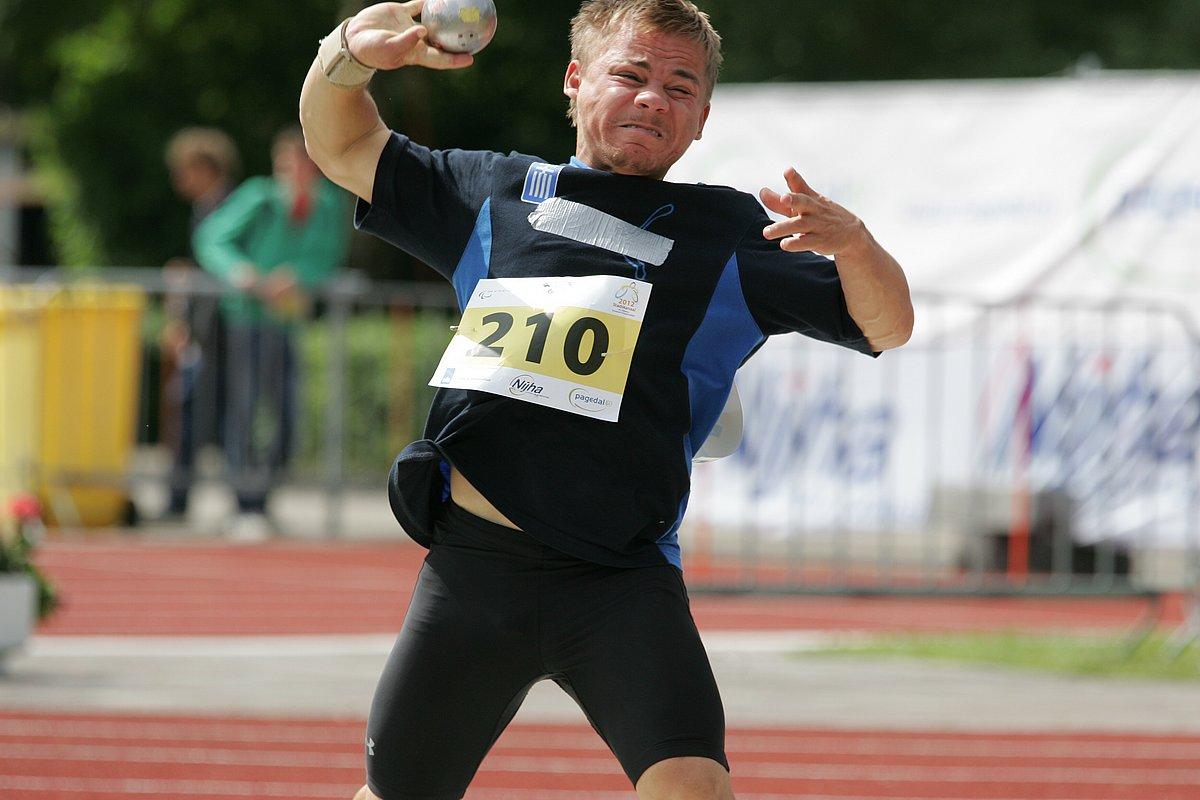 The best was saved for last in Stadskanaal, the Netherlands, as six world records were smashed on the final day of the IPC Athletics European Championships on Thursday (28 June) and Russia and Ukraine took the top two spots in the medal standings.

Greece then received a powerful performance from Paschalis Stathelakos in the Shot Put F40 with a new world-best throw of 13.01m to win his second medal of the Championships. His teammate, Alexandros Michail Konstantinidis (11.51), placed second and Great Britain’s Kyron Duke (10.73m) finished third.

In the day’s final race, Russia showcased why it has the top Athletics delegation in Europe, as Anastasiya Ovsyannikova, Svetlana Sergeeva, Elena Ivanova and Margarita Goncharova came together in the women’s 4x100m T35-38 final to post a new world-record time of 54.77 and give the nation its 76th and final medal of the Championships.

Evgennii Shetcov racked up his third gold medal in Stadskanaal for Russia, winning the 400m T36 in a time of 54.93, finishing as the top individual multi-medallist at the Championships. He had already won the 100m and 800m distances in his classification earlier in the week.

In addition to Kober’s gold in the Shot Put F34, Germany picked up three more top finishes on the day – all on the field.

A few of the smaller delegations showed they could hang with the best, as Azerbaijan’s men’s 4x100m T11-13 relay team placed first with a time of 44.35, Denmark’s Jackie Christensen won the Shot Put F44 with a throw of 17.83m and Slovakia’s Julius Hutka took the Javelin F57/58 title with a throw of 34.24m.

The IPC Athletics European Championships featured 520 athletes from 38 countries and were the last major international Athletics event ahead of the London 2012 Paralympic Games.

For more information from the event, including complete results, as well as news, features, photos and video, please visit www.ipcathleticseurochamps.com.