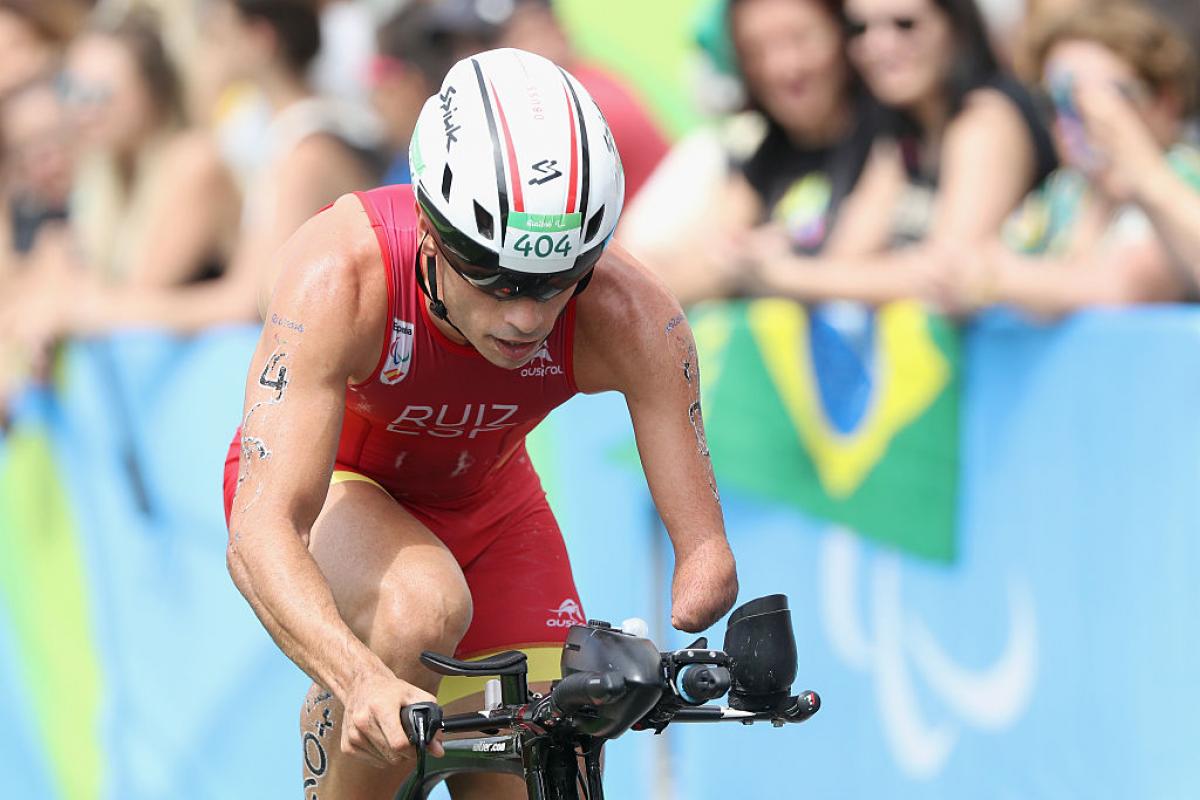 Jairo Ruiz Lopez is back on track after an injury-hit start to the triathlon season.

ⒸMatthew Stockman/Getty Images
By Adam Bailey | For the IPC

Spain made the most of home advantage in the second International Triathlon Union (ITU) Para Triathlon World Cup of the season in Altafulla, Spain, on Sunday (2 July).

Jairo Ruiz Lopez continued his good form after an injury-hit start to the season by winning the men’s PTS5 race. The French pair of Maxime Maurel and Yan Guanter led after the 5km swim, before extending their advantage on the hilly and technical bike course.

Ruiz, who won a silver medal at the recent European Championships on his comeback from a knee injury, produced a strong run to pass Maurel and Guanter and crossed the line first in a time of 59:33.

Yannick Bourseaux was another athlete who impressed on the run. The Frenchman overtook his compatriots to finish second, 37 seconds behind Ruiz. Maurel (1:00:17) crossed the line seven seconds behind Bourseaux (1:00:10) to take the bronze medal.

Susana Rodriguez secured victory in the women’s PTVI race in a time of 1:09:53. The Spanish Para triathlete crossed the line over seven minutes ahead of France’s Annouck Curzillat (1:16:59), with Italy’s Anna Barbaro (1:21:07) a further four minutes back.

Alejandro Sanchez Palomero completed Spain’s medal haul with silver in the men’s PTS4 as Great Britain’s Steven Crowley took the gold. Crowley (1:01:58) finished one and a half minutes ahead of Sanchez Palomero (1:03:30), while Croatia’s Antonio Franko (1:07:11) finished third.

There was a British one-two in the women’s PTS5 race as Claire Cashmore secured the victory ahead of compatriot Kerry Large.

Cashmore pulled out an advantage on the swim, before extending her lead on the bike and run to win in a time of 1:11:07, nearly three minutes ahead of Large (1:13:57). France’s Sandra Chaleteix completed the podium in a time of 1:32:48.

Great Britain’s John Fulton led after the swim in the men’s PTS2 race, but a strong bike and run from Wersy (1:12:46) saw the Frenchman finish over three minutes ahead of second-placed Gianluca Valori from Italy (1:16:25) and 10 minutes ahead of third-placed Fulton (1:22:47).

Andaloussi made it two wins out of two in this season’s World Cup in the men’s PTWC class. Andaloussi (1:03:57) repeated his victory from the first World Cup event of the season in Besancon, France, as he held off the challenge of Great Britain’s Bret Crossley (1:04:10).

Antonio Daniel Muller won Germany’s only medal in Altafulla, finishing third in a time of 1:08:46 despite serving a 10-second penalty on the run.

Complete results from the Altafulla ITU Para Triathlon World Cup are available on the ITU’s website. 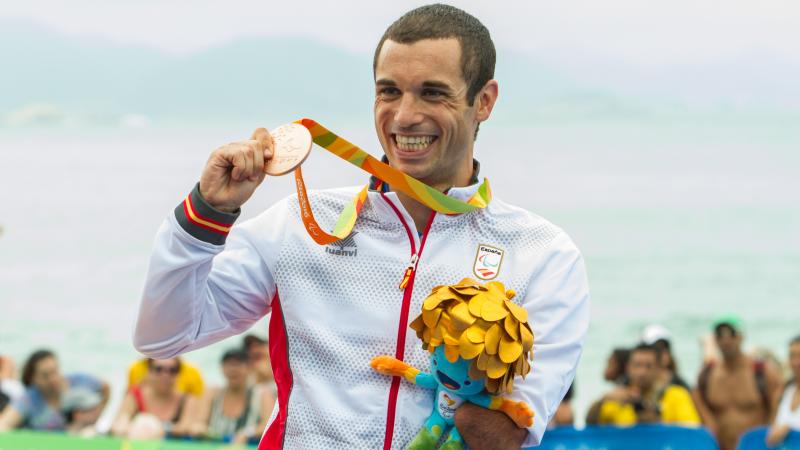