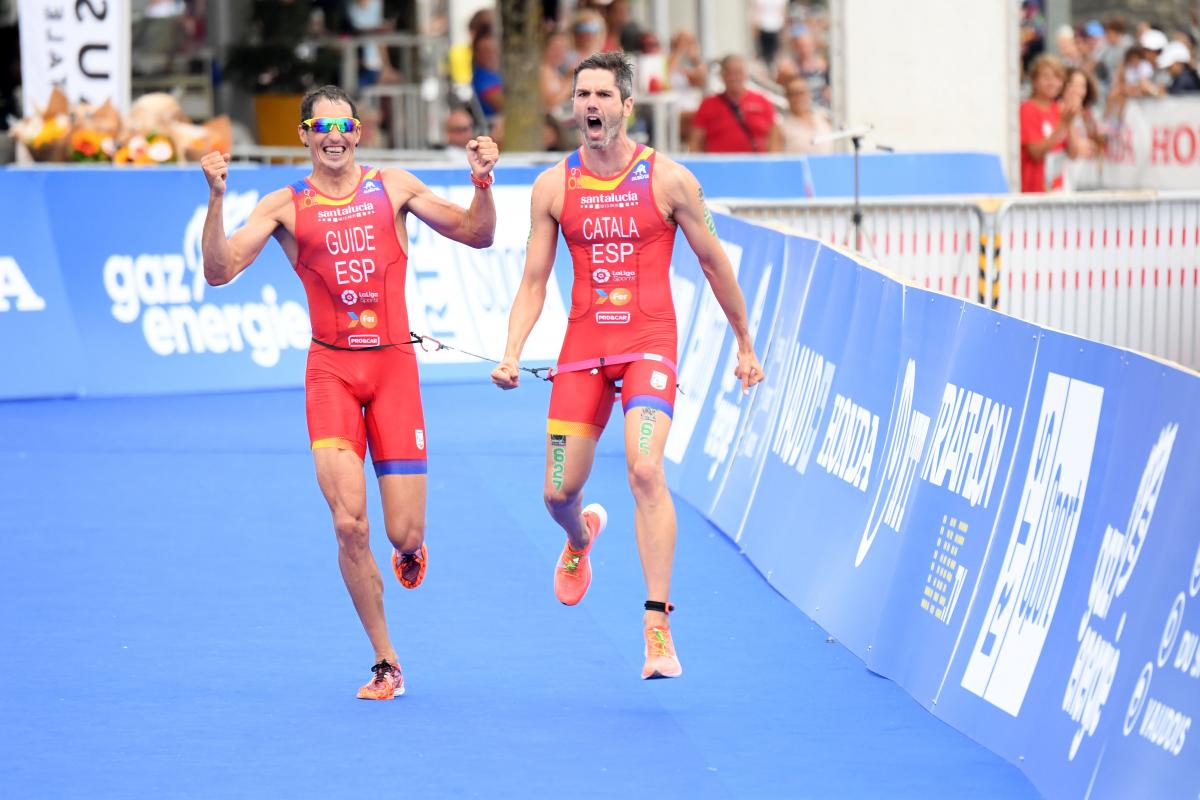 Spain’s Hector Catala Laparra was the surprise winner of the men's PTVI title in Lausanne, Switzerland
ⒸITU Media/Delly Carr
By Adam Bailey | For the IPC

Dani Molina and Hector Catala Laparra were both victorious at last weekend’s Worlds, and the Spanish pair are back in action a week later at the fifth World Cup of 2019.

Catala Laparra will start as the one to beat in the men’s PTVI after securing victory at the Worlds for the first time – his second win of 2019 following gold at the Milan World Para Triathlon Series in April.

Spanish success is guaranteed in the men’s PTS3 with world champion Molina going head-to-head with his compatriot Joaquin Carrasco, a week after claiming back-to-back world titles.

Parker – who claimed her first world title in Lausanne, Switzerland, on Sunday – has the chance of adding another gold medal to her rapidly increasing international medal haul. But she will face competition from Reppe, who finished third at her debut Worlds.

Reppe has already won a World Cup event this year with victory in Magog, Canada, in July, while double world champion Emily Tapp of Australia will be hoping to better her sixth-place finish in Lausanne.

Italy’s Alexandre Paviza is the highest ranked triathlete competing in the men’s PTWC; an event which also features Australia’s Nic Beveridge, who won at the season opening World Cup in Devonport, Australia.

Italy’s Veronica Yoko Plebani has finished fourth in the last two events she has entered. But the Italian will be hopeful for a medal in the women’s PTS2, as will Japan’s Yukako Hata and the USA’s Melissa Stockwell.

In the women’s PTS4, a first win of 2019 is the target for Japan’s Mami Tani after Worlds disqualification. Australia’s Sally Pilbeam goes for a second World Cup win of 2019 in the same classification after success at the opening event in Devonport.

Full start lists for the Banyoles Para Triathlon World Cup can be found on the International Triathlon Union’s website.