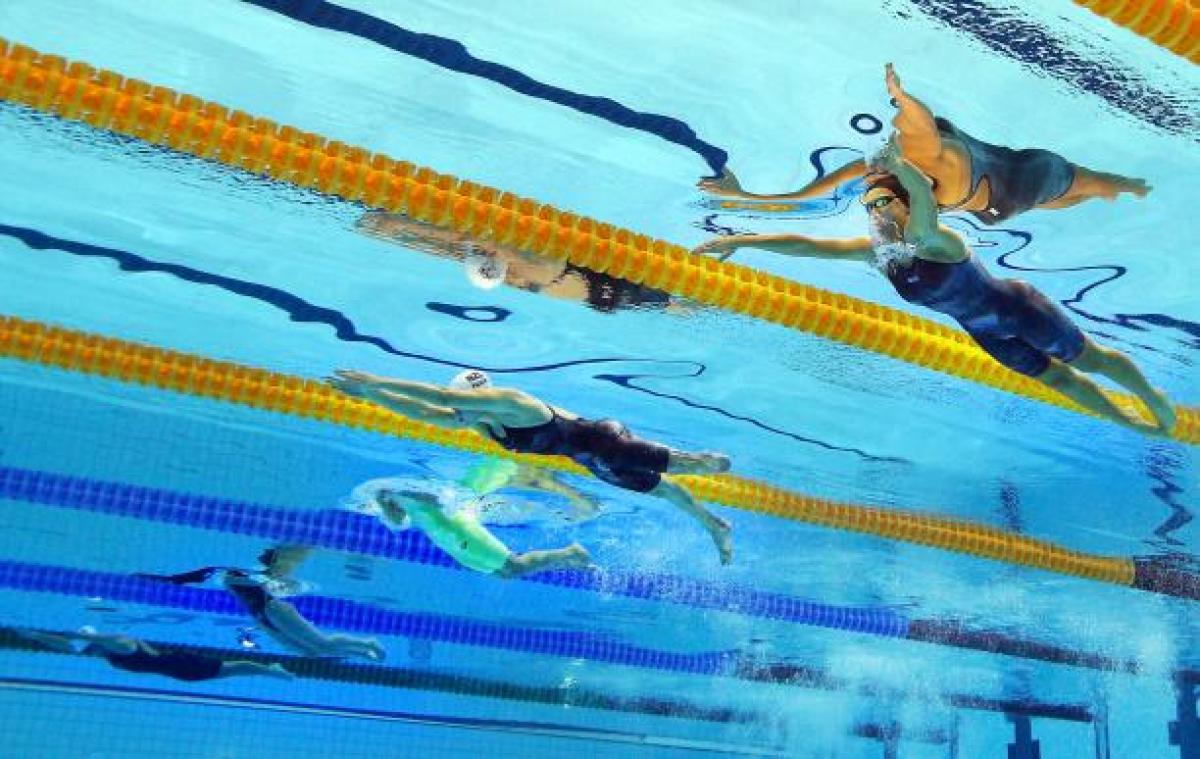 The sport class names in swimming consist of a prefix “S” or “SB” and followed by a number. The prefixes stand for the strokes, and the number indicates the sport classes.

The prefixes stand for:

•SM: individual medley. The prefix “SM” is given to athletes competing in individual medley events. It is not a sports class, but an entry index, and calculated as (3xS + SB)/4. For classes S1-4 who have a three-discipline medley, the formula is (2S + SB)/3).

There are 10 different sport classes for athletes with physical impairment, numbered 1-10. A lower number indicates a more severe activity limitation than a higher number.

The following are general examples of impairments and resulting functional abilities described in each sport class profiles. The below combinations of S and SB sport classes are the most common combinations, but it is possible that that athlete has another combination of sport classes, for example S7 and SB7.

Swimmers in this sport class have a significant loss of muscle power or control in legs, arms and hands. Some athletes also have limited trunk control. This may be caused by tetraplegia, for example. Swimmers in this class usually use a wheelchair in daily life.

Swimmers in this sport class mainly rely on their arms for swimming. Their hand, trunk and leg function is limited due to tetraplegia or co-ordination problems, for example.

This sport class includes athletes with amputations of both arms and legs. Swimmers with reasonable arm strokes but no use of their legs or trunk and swimmers with severe co-ordination problems in all limbs are also included in this sport class.

Swimmers with short stature and an additional impairment, with loss of control over one side of their body (hemiplegia) or with paraplegia compete in this sport class.

This sport class includes swimmers with short stature or amputations of both arms, or moderate co-ordination problems on one side of their body, for example.

This sport class is designated for athletes with one leg and one arm amputation on opposite sides, or a paralysis of one arm and one leg on the same side.

Moreover, swimmers with full control over arms and trunk and some leg function can compete in this class.

Athletes in this sport class, for example, swim with joint restrictions in one leg or with double below-the-knee amputations.

This class describes minimal physical impairments of eligible swimmers. These include the loss of one hand or a movement restriction in one hip joint.

Athletes with a visual impairment compete in three sport classes from S/SB11 to S/SB13.

S/SB11: These athletes have a very low visual acuity and/ or no light perception.

S/SB12: Athletes have a higher visual acuity than athletes competing in the S/SB11 sport class and/ or a visual field of less than 5 degrees radius.

S/SB13: Athletes have the least severe visual impairment eligible for Paralympic sport. They have the highest visual acuity and/or a visual field of less than 20 degrees radius.

In order to ensure a fair competition, athletes in the S/SB11 sport class are required to wear blackened goggles. To ensure safety, all S/SB11 swimmers must use a tapper, but swimmers in the S/SB12 and S/SB13 sport classes may choose whether or not to use one.

S14 swimmers have an intellectual impairment, which typically leads to the athletes having difficulties with regards to pattern recognition, sequencing, and memory, or having a slower reaction time, which impact on sport performance in general. Moreover, S14 swimmers show a higher number of strokes relative to their speed than able-bodied high performance swimmers.