The sport was developed by Sir Ludwig Gutmann, founder of the Paralympic Movement. 21 Jul 2016
Imagen 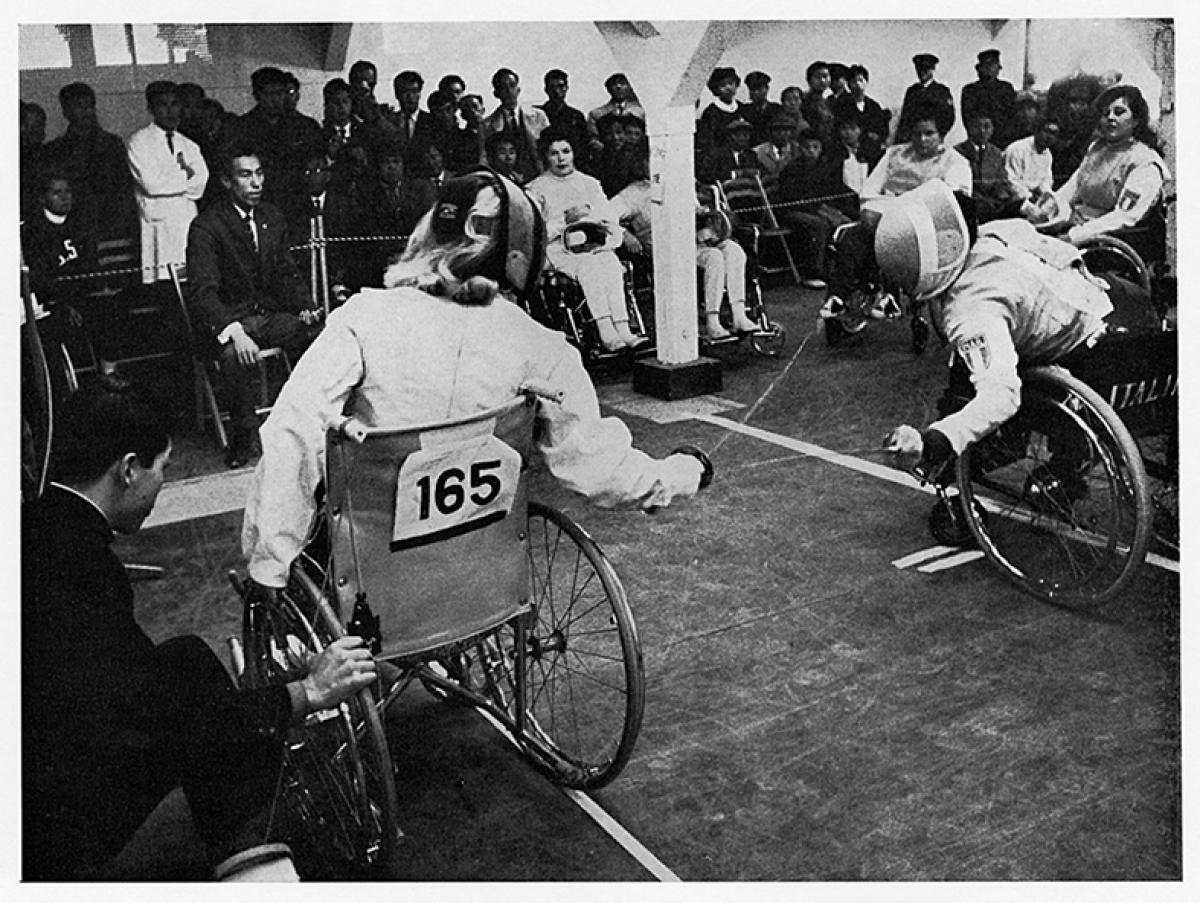 ⒸNPC Japan
By Mike Stuart | For the IPC

Wheelchair fencing was featured at the first Paralympic Games in Rome in 1960, and at every Paralympics since.

Sir Ludwig Gutmann, who founded the Paralympic Movement, was himself a keen fencer and quickly recognised the potential for the sport to be competed from a wheelchair. It was therefore no surprise that wheelchair fencing featured at the International Stoke Mandeville Games in 1954 – a predecessor of the Paralympic Games organised by Gutmann.

During that event, wheelchair fencing was only shown as a demonstration between a paraplegic fencer and his able-bodied instructor. But the following year, sabre fencing competition was added to the programme. In 1956, the foil event was held for women fencers. The following year, epee events were added. Today, all three sword types are contested in wheelchair fencing.

Fencers at first competed in heavy brown wheelchairs known as travaux chairs. However, as wheelchair frames developed and new lighter materials were used, movement during bouts became an issue. The initial solution was for someone to crouch behind the fencers and physically hold the chairs.

But by the 1957 Stoke Mandeville Games, frames were being trialled that held the chairs in place. These were developed further, first in the Netherlands and then in Italy, leading to the frames that hold the chairs of wheelchair fencers in place in competition today.

In 1960, wheelchair fencing was part of the very first Paralympic Games in Rome, Italy, though only three medal events (men’s sabre, men’s sabre team and women’s foil) were contested and only Italian athletes competed.

Italy ranks second in the overall Paralympic medals table for the sport with 86, a total bettered only by France (134, 61 of them gold). French athletes Christian Lachaud and Andre Hennaert share the record for the most Paralympic gold medals in wheelchair fencing, with nine each.

At Athens 2004, Hong Kong, China’s Yu Chui Yee became the first wheelchair fencer to win four gold medals in the sport at one Games. Yee won gold in the individual foil and epee category A events and the team epee and foil competitions.

For the Beijing 2008 Paralympic Games, the team events were removed from the programme, though they were reinstated at London 2012.

At London 2012, China topped the medals table, with 10 medals including six golds. Hong Kong and Poland were the second and third ranked nations with seven and three medals, respectively.

Brazil made a dramatic Paralympic debut in the sport at London 2012, with Jovane Silva Guissone winning gold in the epee category B event.

Guissone is now hopeful of repeating the feat in his home country at Rio 2016. He will be among the 88 wheelchair fencers competing across 14 medal events.