The two-time Paralympic singles champion has only one doubles gold in his three Games appearances. 08 Apr 2016
Imagen 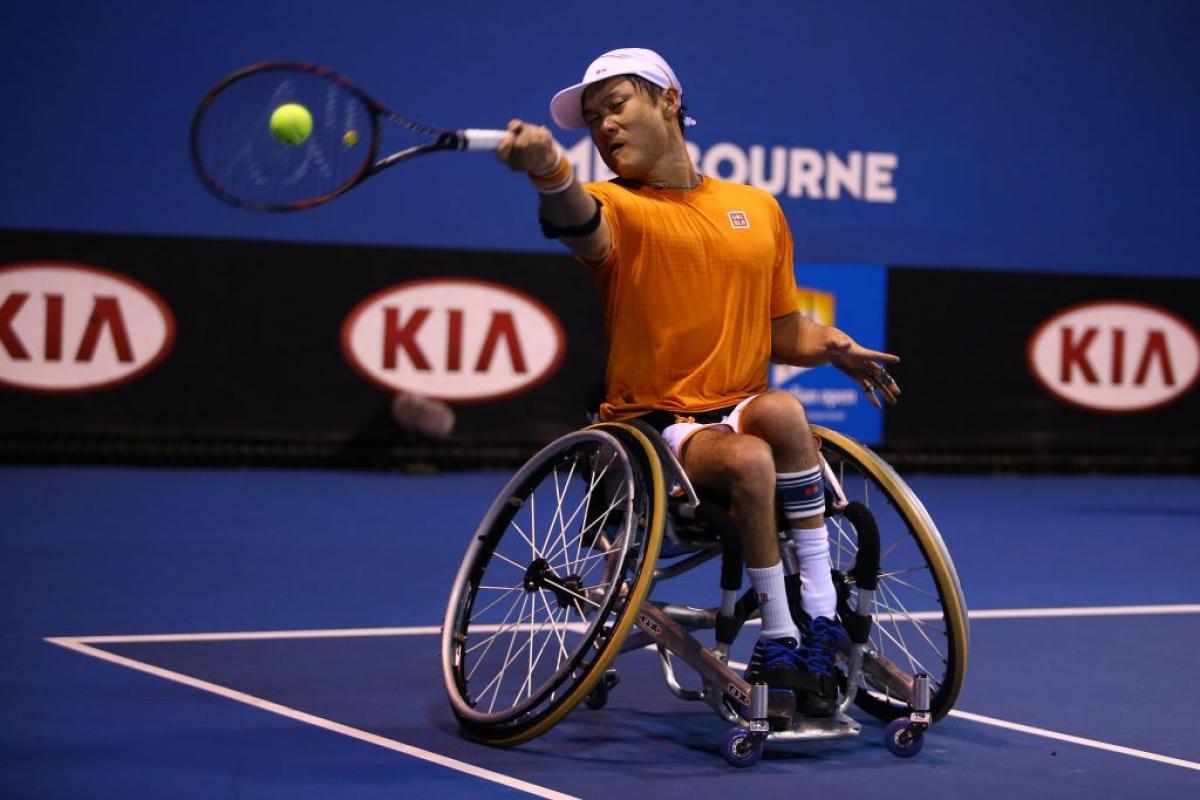 Shingo Kunieda of Japan plays a forehand during the Men's Wheelchair Doubles Final at the Australian Open 2016 Wheelchair Championships.

Japan’s Shingo Kunieda has taken gold in the past two singles finals at the Paralympic Games in London 2012 and Beijing 2008. However, after three Paralympic appearances, the current world No. 2 has only one doubles gold medal.

“It would be a super feeling to claim the singles and doubles gold medal,” said the 32-year-old.

“I always feel very honoured to represent Japan fighting for the gold medal. It doesn’t matter if I’m fighting in the singles or doubles, but a gold medal in the doubles would be great.”

His most recent doubles success was in 2015 at Roland Garros, where he teamed with Great Britain’s Gordon Reid for the doubles title. Reid was also his partner in this year’s Australian Open, where the duo fell to Frenchmen Stephane Houdet and Nicolas Peifer in the finals.

Whom Kunieda will team up with in Rio has yet to be known. But singles and doubles golds are the end goal.

In the Paralympics four years ago, Kunieda faced current world No. 1 Houdet in the final. Kunieda dispatched Houdet 6-4 6-2 to take gold, as he continued his stunning singles record in the Paralympics.

In 2008, the Japanese right-hander claimed the gold in Beijing without losing a set once again. The only time Kunieda has lost a set was during his Paralympic debut in Athens in 2004.

Kunieda faced Swedish star Peter Vikstrom in the round of 16 and won 6-3 4-6 6-3 before being knocked out in the quarter-finals by the instrumental Australian David Hall 2-6 6-0 4-6.

Owner of more than 20 Grand Slam titles, with singles and doubles, Kunieda said there is something unique about victory in the Paralympics.

“I have only cried on three occasions during my career, which has been during each Paralympics when I won gold,” Kunieda said.

“The Paralympics are completely different to any tournament and my four years of devotion building up to the Games will be tested.

“After winning a gold medal in the singles [from London 2012] I am just as motivated to win another singles gold in Rio.”

Kunieda, like many others, is eager to go into September with the momentum. He lost to eventual Grand Slam winner Reid in this year’s Australian Open in January and is looking to bounce back with a Grand Slam win at Roland Garros in June.

“The French Open is always a tough competition and it was great to win both the singles and doubles last year,” Kunieda said.

“Based on the result from the Australian Open in January, it will be even tougher to win the singles and doubles at the French Open this time round. But if I can achieve it, it will feel greater than last season’s victories.

“It is always tough to maintain the momentum throughout the year. I just want to keep myself healthy, both physically and mentally heading towards Rio.”

The multi-medallist has been playing on the wheelchair tennis tour for over a decade and has seen an array of players challenge him in Grand Slams, Paralympics and other major tournaments.

Kunieda is aware of the battle he faces each time he goes into a tournament and admits the challenge is extra special in 2016, as the wheelchair tennis tour develops.

“Everyone raises their performances and aims to get better as they get ready for Rio, it’s not just the players on tour; it is the younger athletes as well,” Kunieda said.

“The importance of winning a Grand Slam is getting bigger and bigger. This year we will have the singles Grand Slam at Wimbledon [for the first time], which motivates me greatly as well as the Paralympics.

“It is safe to say, Grand Slams in a Paralympic year are never to be underestimated on the wheelchair tennis tour.” 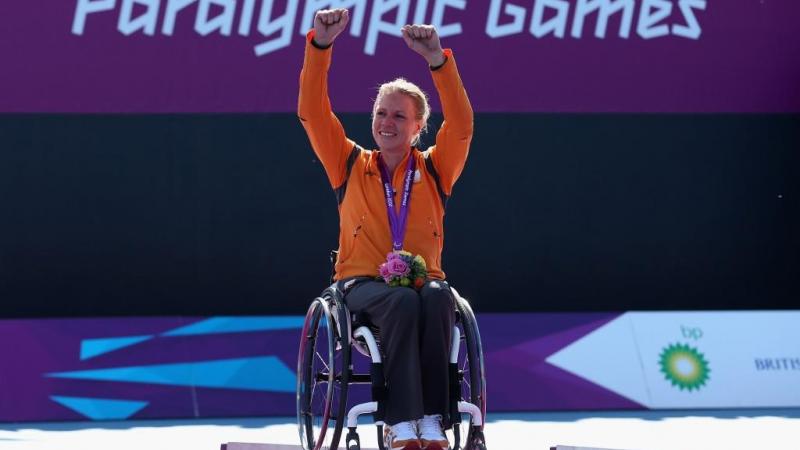