The sport will be contested in the Riocentro Pavilion 6 during the Paralympic Games. 13 Apr 2016
Imagen 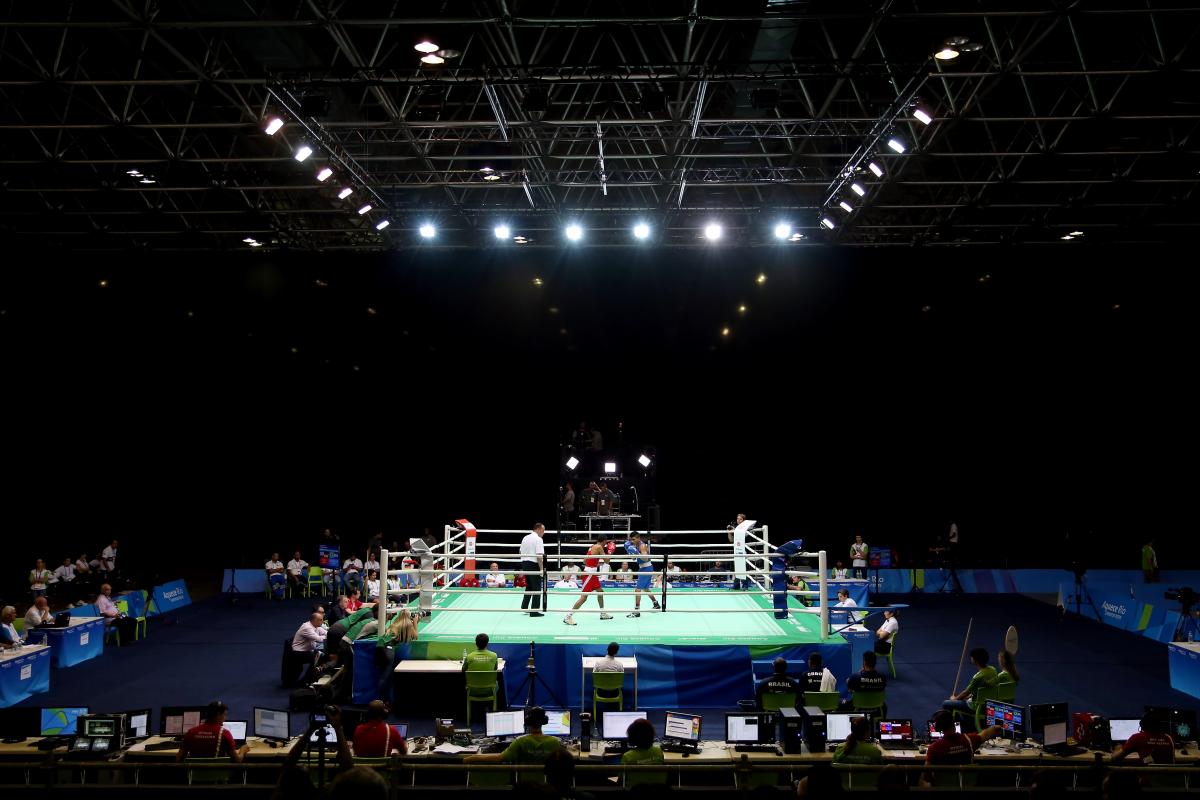 Sitting volleyball will be held in the Riocentro - Pavilion 6 venue, located in the Barra zone, during the Rio 2016 Paralympic Games. The venue will also host boxing during the Olympics.

Sitting volleyball matches at the Rio 2016 Paralympic Games will be held in the Riocentro Pavilion 6. The venue is located in the Barra cluster, containing the largest concentration of Games venues.

Pavilion 6 is a purpose-built temporary indoor stadium with capacity of 6,500 seats. It will also stage boxing events during the Olympic Games. The city’s main exhibition and convention centre, Riocentro is next to the Olympic and Paralympic Village and within five minutes of Barra Olympic Park.