The medals feature a tiny device which makes a noise when the medal is shaken, allowing visually impaired athletes to know if they are gold, silver or bronze. 14 Jun 2016
Imagen 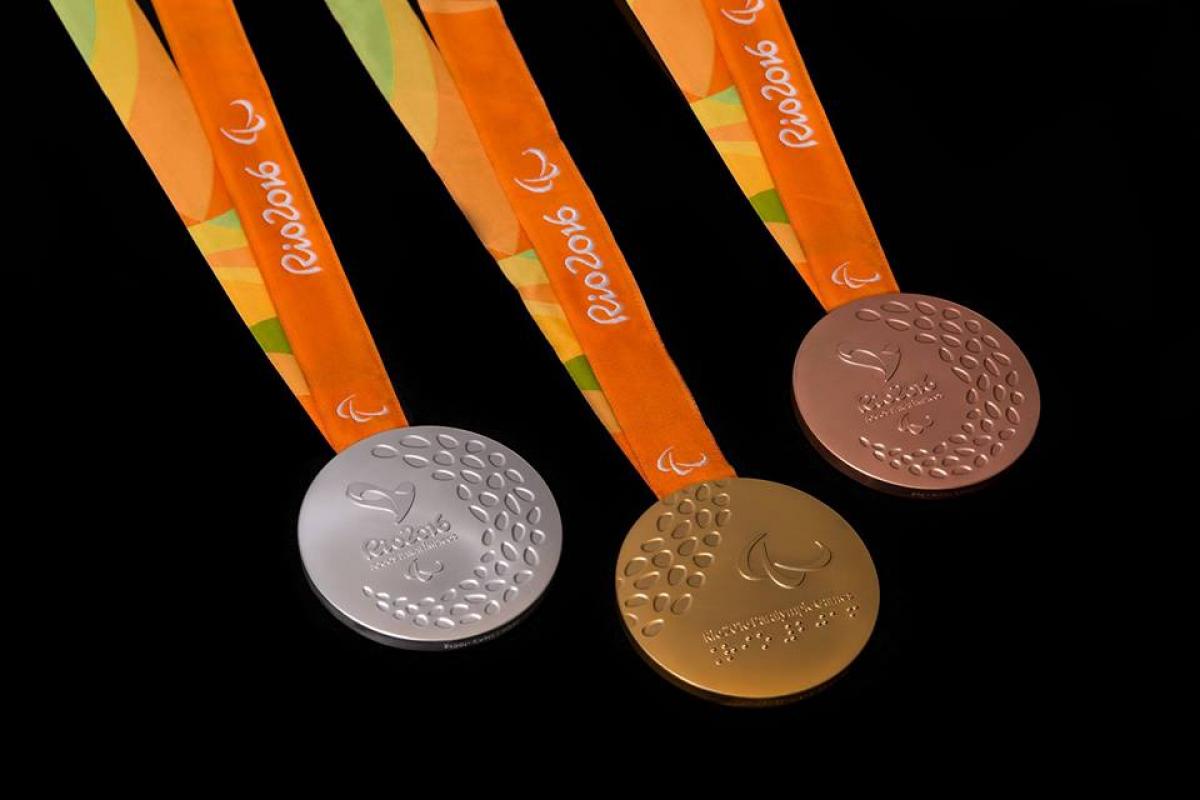 With 85 days to go until the Opening Ceremony of the Rio 2016 Paralympic Games on Tuesday (14 June), the medals which athletes will compete for this September have been revealed by the Organising Committee and Brazilian Mint.

In addition to featuring braille, the Paralympic Games medals include a special innovation; they have a tiny device inside which makes a noise when the medal is shaken, allowing visually impaired athletes to know if they are gold, silver or bronze (gold has the loudest noise, bronze the quietest).

The athletes who top the podium in Rio will receive medals made from gold that has been extracted without the use of mercury and which was produced according to strict sustainability criteria, from the initial mining all the way through to the design of the end product.

The silver and bronze medals have been produced using 30 per cent recycled materials. Half of the plastic in the ribbons which will be used to hang the medals around athletes’ necks comes from recycled plastic bottles. The rounded cases that hold the medals were made from freijó wood certified by the Forest Stewardship Council (FSC).

Also revealed at the event on Tuesday (14 June) at the Future Arena, were the podiums, which are made from organic materials and celebrate the tropical nature of Brazil. The podiums have been designed to be reused as furniture after the Games. Also in line with Rio 2016's commitment to sustainability, the medal trays that the presenters will use are made of certified Curupixá wood.

The uniforms that will be worn by the medal presenters were also unveiled at the event. Inspired by the natural beauty of Rio and by Brazilian culture and fashion, the uniforms were designed by Rio-based stylist Andrea Marques, who won a competition curated by Paulo Borges, the creative director of São Paulo Fashion Week.

"The main idea is that the clothes portray Rio de Janeiro as a welcoming city," said Marques.

The Rio 2016 Paralympic Games will feature 4,350 athletes who will compete in 528 medal events across 22 sports. They will take place between 7-18 September.