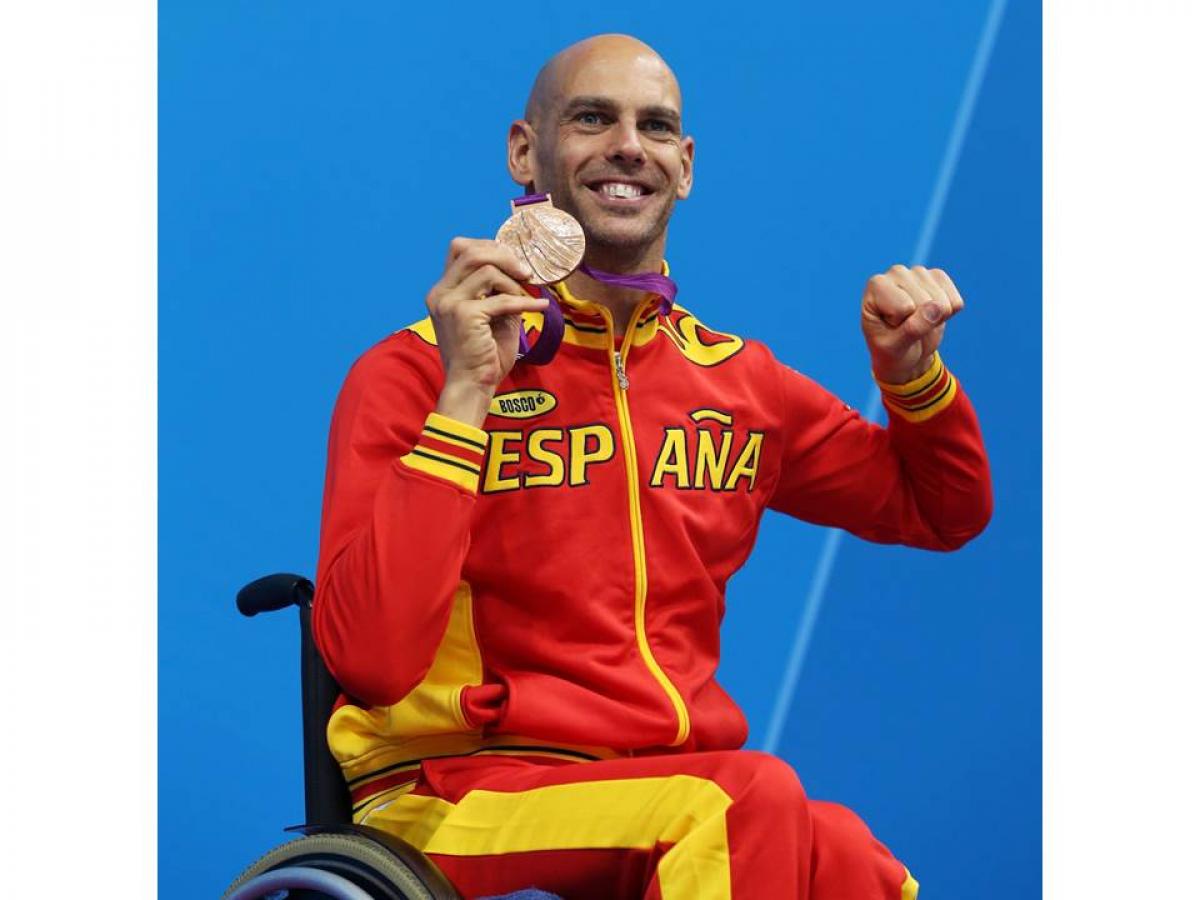 Bronze medallist Richard Oribe of Spain poses on the podium during the medal ceremony for the Men's 200m Freestyle - S4 final at the London 2012 Paralympic Games.

A Spanish documentary called “Richard Oribe, on the other side of the medals” was released on 17 April at the San Sebastian Cinema and Human Rights Festival.

Directed by Iñigo Asensio and produced by Korima Films, it tells the story of swimmer Richard Oribe, whose cerebral palsy was not an impediment for him for having a very successful career.

During a glittering career he also won 12 world titles and broke 48 world records. In 2009, Oribe received the gold medal of the Royal Order for the Sporting Merit, the highest award the Spanish Government can award to an athlete.