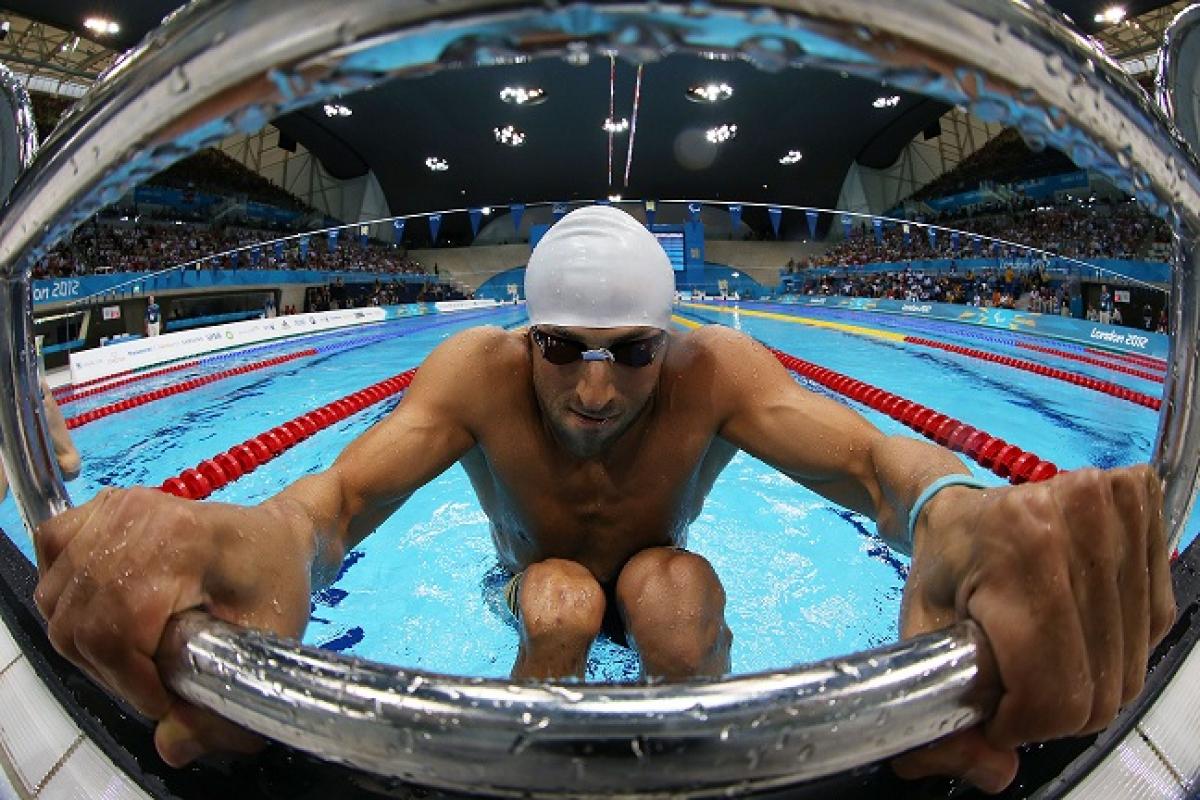 “The support in London is beyond what we've experienced. The last 15 metres, you can really hear the crowd."

In the morning session of Day 6, Daniel Dias, Nataliia Prologaieva and Ihar Boki put in a royal performance to astound the Aquatics Centre crowd that included Prince Harry.

All three swimmers broke world records, with Dias setting 1:35.82 in the men’s 100m breaststroke SB4 as he edged out rival Ricardo Ten, stealing his Paralympic and world record in the process.

After the race, Ten was full of fighting talk and reckons there is every possibility he can claim back his records on his way to gold in tonight’s final, but confessed it will be a hard task.

He said: “Well, we know it's going to be a hard race tonight. We have just witnessed Daniel Dias beat my world record and Paralympic record from Beijing, but tonight is a new race.

"I will not go out without a fight. I will go and concentrate on my own performance, looking out for Daniel and try to fight for gold.

"Now I'll just relax, read a bit, have some lunch and prepare myself mentally for tonight."

Prologaieva’s claimed her world record in the women’s 100m breaststroke SB4 as she swept away strong competition from Sarah Louise Rung and Teresa Perales to qualify fastest in 1:44.90.

Whilst Boki - who has been a revelation in London with three gold medals already to his name -absolutely commanded the pool as he took four seconds off his own world record in the men’s 400m freestyle S13.

After the race Zook stated why he thinks so many records are being broken in London, he said: “I think it is good for the sport. I think part of it is the atmosphere here is so amazing in comparison to what we've been (used to) before.

“The support in London is beyond what we've experienced, especially in America. The last 15 metres, you can really hear the crowd."

Early on, Xu Qing – in search of a second gold - put in a resilient performance in the heats of the men’s 50m freestyle S6, but he will have to be wary in the final of Cuba’s Lorenzo Perez Escalona who qualified fastest in 29.98.

Ellie Simmonds, who has become so accustom to winning in London but was then left upstaged by De Koning-Peper’s new Paralympic record of 35.05.

Next into the water was Natalie Du Toit, who put in a domineering qualifying swim of 4:32.59, over 13 seconds ahead of her closest competitor Stephanie Millward in the women’s 400m freestyle S9.

Then it was the turn of USA’s Zook, as the reigning champion from Beijing managed to hold of strong competition from Michael Anderson and world record holder Andre Brasil to qualify first in a record breaking 1:01.11.

New Zealand’s Pascoe, who already has two golds at these Games, carved her way to a new Paralympic record of 1:07.77 ahead of Shireen Sapiro, who originally owned the record.

World records have fallen in the masses in the pool, so it took surprisingly until the ninth event for one to fall with Dias taking charge by swimming majestically and like London busses, another world record quickly followed from Prologaieva.

And in the final race of the evening, Boki showed no signs of fatigue despite his gruelling schedule as he powered to yet another world record of 4:02.83.