The Brazilian Olympic swimming silver medallist took part in a training camp with Para swimmers and gave his opinion about the importance of the Youth Parapans. 29 Jan 2017
Imagen 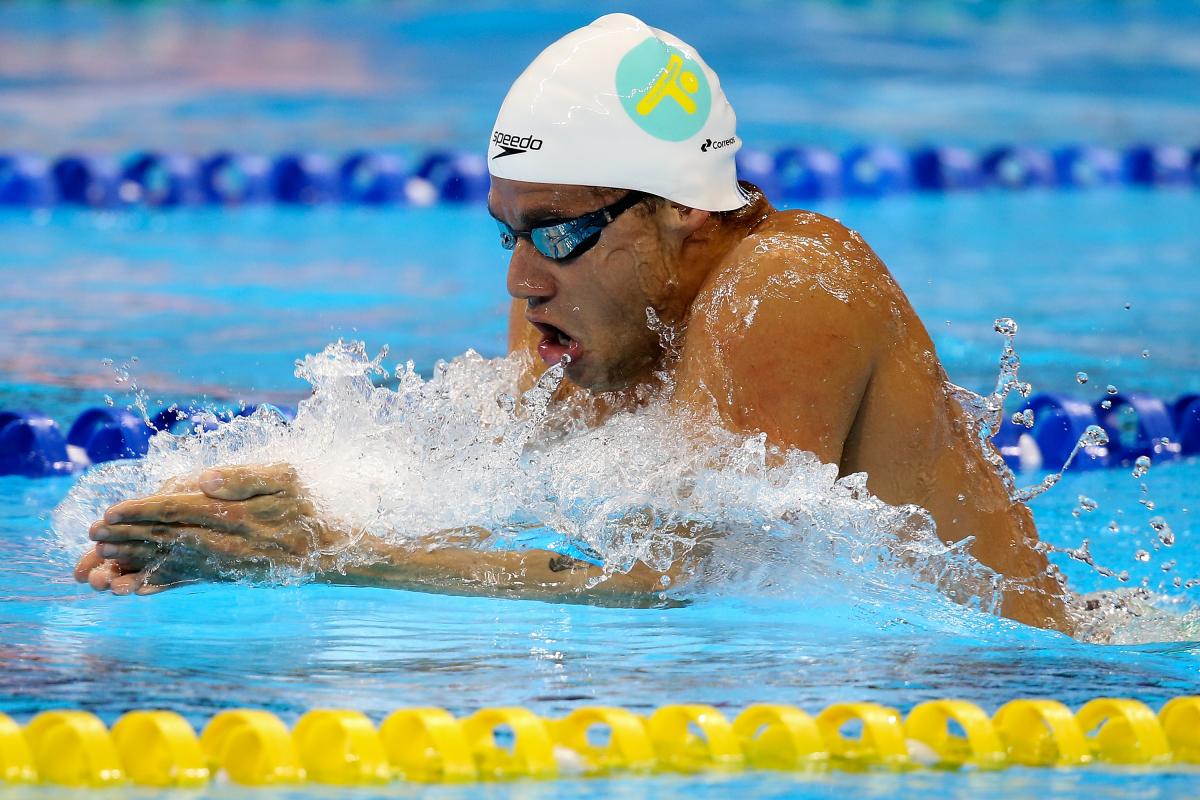 Brazilian Olympic swimmer Thiago Pereira participated in a training camp with Para swimmers at the Brazilian Paralympic Centre, where this year´s Youth Parapan American Games will take place, and shared his excitement with 50 days to go until Sao Paulo 2017.

The 31-year-old believes the Youth Parapans will be fundamental in expanding the Paralympic Movement in his country.

“It is another chance we have to continue developing Para sports in Brazil and also an opportunity for young athletes to emerge and get involved with the Movement,” said Pereira, who won silver in the men´s 400m individual medley at the London Olympics, in 2012.

As for the training camp, the Brazilian swimmer believes it was a unique opportunity for both able-bodied and Para athletes to exchange experiences.

“It was fantastic!” he said. “First, because it was unprecedented. But also because swimmers with and without impairment had the opportunity to practice together.

“It was more than just a swimming camp, and I am sure it was inspiring for everyone involved.”

After visiting the Brazilian Paralympic Centre in Sao Paulo, which is one of the main legacies of the Rio 2016 Paralympic Games, Pereira said it is absolutely “fantastic.”

But there are other less tangible but equally important legacies of Latin America´s first Paralympics, such as “overcoming discrimination barriers and giving people with impairment the respect and the opportunity they deserve,” as stated by Pereira.

“Both Rio Olympics and Paralympics were huge and a proof that our country is capable of organising big events. We will build on Rio 2016's success and hopefully bring more events to the country in the future.”

Pereira also has a message for the young Para athletes who will launch their careers at Sao Paulo 2017 hoping to one day reach the Paralympic Games.

“There is no secret to success. You have to practice and keep striving every day to become the best athlete you can and make your dreams come true,” he said.