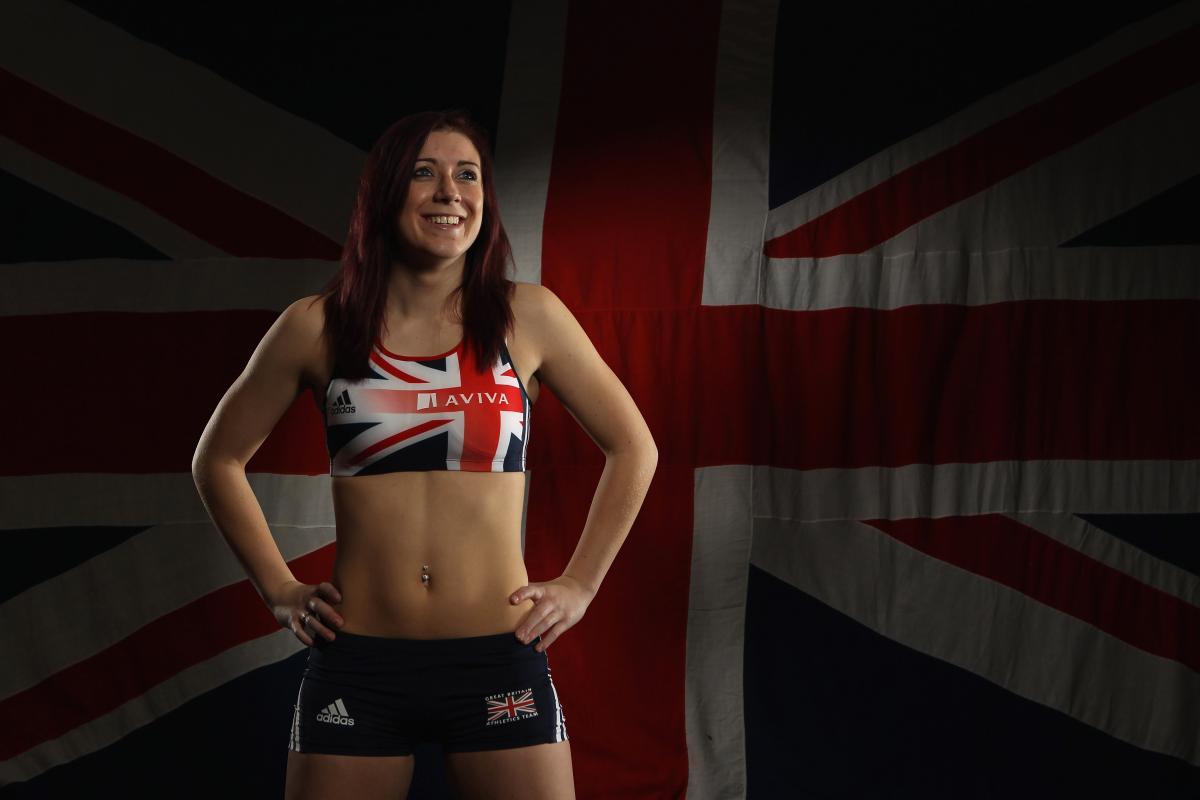 Derek Derenalagi (coach: Alison O’Riordan), on his first overseas trip with the Aviva Great Britain and Northern Ireland team, won a surprise gold medal in the F57/58 discus on day one of the IPC Athletics European Championships in Stadskanaal, Holland (24-28 June).

Derenalagi, who made his Aviva GB & NI debut at the BT Paralympic World Cup in Manchester in May, was in quality company as he lined up alongside World Record holder Alexey Ashapatov of Russia, but he wasn’t daunted by the task in hand.

“I just went out there and said to myself I could do it,” said the Watford athlete who threw a winning distance of 41.41m (826 Raza points) after three no-throws in the opening rounds.

“Even after my DQs (disqualifications) I stayed calm. I knew I had a big throw in me so I had to. I was throwing with the World Record holder but I didn’t let it intimidate me, I had to stay confident. He threw straight after me and we were both throwing in the rain which was tough, but as soon as he’d thrown I started to believe that I might win it.

“I’ve learned a lot, I just wasn’t expecting it and I can’t believe it.”

Hinton’s winning time of 13.22 (+4.1m/s) would have been her quickest outright since 2008 had it not been for an illegal wind, but the gold medal performance was yet another impressive display from the five-time Paralympian.

“My 100m seems to be getting better every time I run at the moment,” said the double World medallist over 200m and 400m.

“I’ve done a lot of speed work on my own (without my guide) and that’s given me confidence and definitely helped me. I’m pleased with that today.”

Clegg was less pleased with her time of 12.55 (+3.6m/s) but was delighted to add European gold to her World title won in New Zealand 18 months ago.

“It was horrendous out there, the conditions were so bad I just couldn’t warm up, and then the thunder started...” she said; “but everything I’ve been working on with Keith (her coach Keith Antoine) is going really well and Germany proved that last week (where she clocked two new PBs). I’m not overly fussed with the time, I just had to win.”

Earlier on Sunday, Bev Jones (John Parkin) opened proceedings for the Aviva GB & NI team with silver in the women’s F37 shot putt with a best distance of 9.94m in torrential rain.

“I’m not overly pleased with my performance, but I thought I did well in the conditions,” said the 2005 champion who was beaten by European Record holder Eva Berna of the Czech Republic (10.24m).

“I feel better now; I think you always feel better once you get started in a Championship, and to get a medal gives me confidence going into the discus on Wednesday.”

Jones, although a talented shot putter who has finished inside the top five at the last two Paralympic Games, has enjoyed greater progression in the discus in recent years and will be hoping to go one better in two days time.

200m World Champion and World Record holder Whitehead was also in his number two event, the T42 100m, but clocked a new PB of 13.07, albeit in a slightly illegal +2.3m/s wind, to take third.

“It felt like a PB and it sharpens me up for the 200m,” he said. “It’s not my best event but you’ve got to take the opportunities that are presented to you and it’s good to be able to give something back and get out there and race.”

The race was won by Germany’s Heinrich Popow in 12.66.

Ballard’s third place in the T36 100m (12.49/+0.9m/s) almost didn’t happen as technical problems delayed the start, but he dip-finished to claim third with the title going to Russia’s Evgenii Shvetcov in a quick 12.16.

“I had to stay focused after the delay but I thought it went ok,” said the World Record holder. “It’s just a stepping stone to London and shows that I have to keep working hard.”

Ben Rushgrove (Rob Ellchuk) powered home in fourth (12.54) after a strong second 50m brought him back into contention. 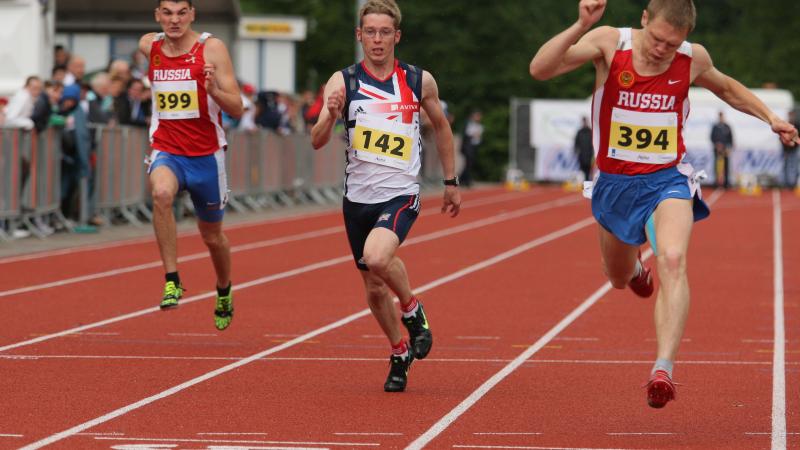