New para taekwondo stars will be in action alongside experienced athletes in shooting, table tennis and goalball 01 Sep 2021
Imagen 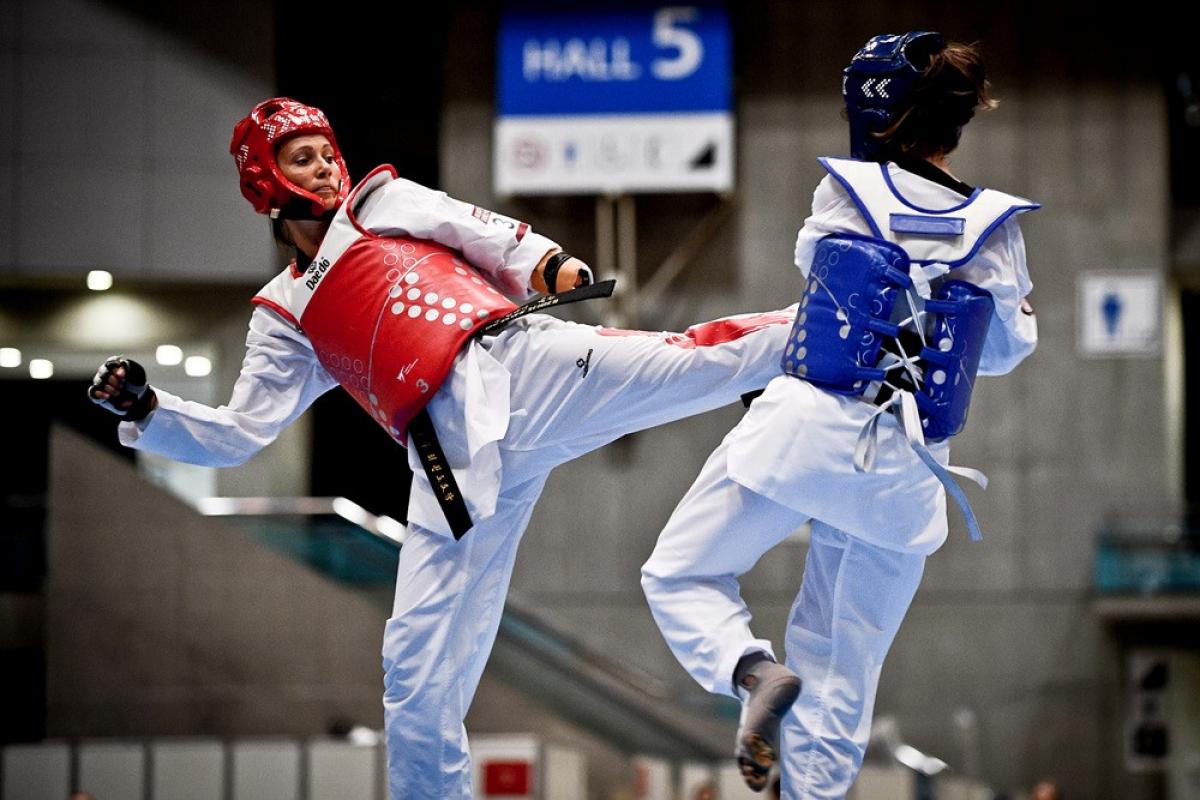 Taekwondo stars will be performing on day 10 of the Tokyo Paralympics. Since it's a new sport to the Games programme, it will be their first opportunity to present in an event as big as the World Championships. Watch out for Brazilian Silvana Mayara Cardoso Fernandes, a 21-year-old who shows as their country's best chance of winning a medal, and for Ibrahima Seye, an emerging fighter from Senegal.

Another clear favourite is Lisa Gjsessing from Denmark. Along with her four world titles, she has four European Championships and an IWAS Games gold. All that is missing now is a Paralympic title in the women’s -58kg K44.

In other sports, British Lora Fachie shined at the Rio 2016 Paralympics in both track and road cycling, with a gold and a medal bronze respectively. Shooting will feature China's Zhang Cuiping, who won virtually every title up for grabs in her sport. In 2016, she aimed for gold in the  R6 (mixed 50m rifle prone SH1) and R8 (women’s 50m sport rifle 3 positions SH1) - overall, she has nine podiums in the Games.

With pilot Corrine Hall, Fachie (formerly Turnham) won gold and broke the world record in the tandem pursuit on the track and bronze in the time trial on the road at the Rio 2016 Paralympics. It was a huge rebound for her after missing out on a medal at her home Games in 2012. The Brit has excelled in both disciplines, winning multiple World Championships medals, five on track cycling and seven on road cycling. 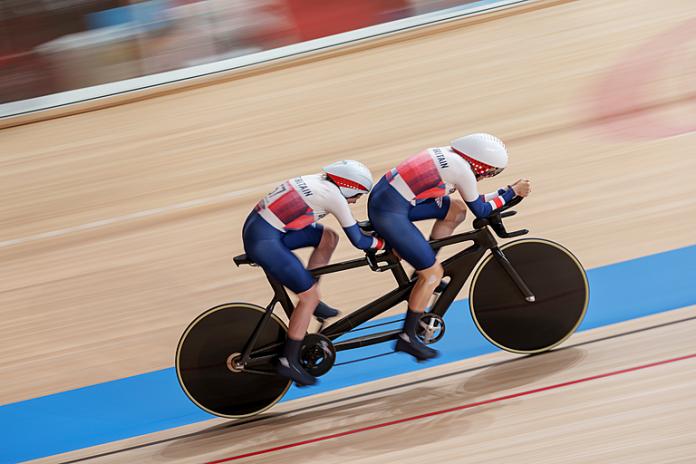 Now nearly 20 years into her career, Zhang has won virtually every title up for grabs in the sport. She has medaled at every Paralympic Games since being recruited for the Chinese national team ahead of Beijing 2008 and won two gold medals each at London 2012 and Rio 2016. Her most recent Paralympic success saw her win titles in the R6 (mixed 50m rifle prone SH1) and R8 (women’s 50m sport rifle 3 positions SH1).  Zhang is responsible for nearly one-quarter of all of China’s 36 shooting Para sport medals, with nine (4 golds, 3 silvers, 2 bronze) over three Paralympic Games, establishing World and Paralympic records along the way. 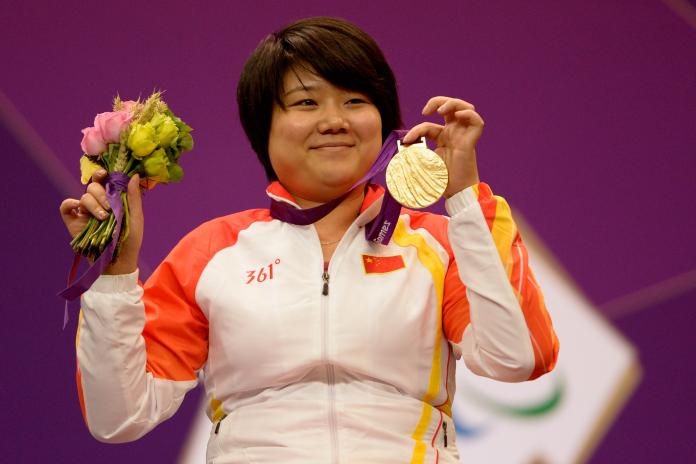 One of 2020’s most pleasant surprises in para taekwondo was the emergence of Sèye. Moving down a weight class to compete in the -75kg division for the first time, the talented Sèye raised eyebrows by posting 117 points in just three fights at last year’s African Paralympic Qualification tour-nament. He showed why he is one of Africa’s best medal hopes by outclassing 2019 World Championship bronze medalist – and perhaps Africa’s top fighter – Morocco’s Mohammed Aatif 24-16 in the final. Senegal has never had a medallist at an international tournament – and has yet to win a Paralympic medal – so, Sèye will be eyeing a memorable medal on the sport’s biggest stage. 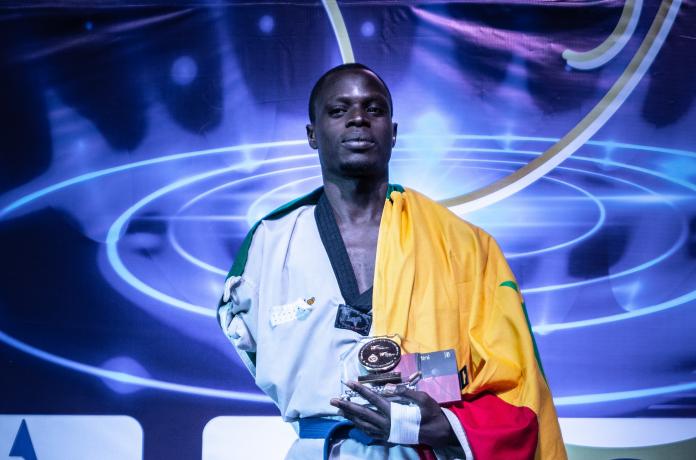 Cardoso is one of the faces of the sport’s new generation. The 21-year-old is perhaps the best medal hope from a strong Brazil team that includes world champion Debora Menezes (+58kg) and has had some of the most eye-catching results of 2021. She has won four of her last five tournaments, including Parapan Am gold and the Pan American Paralympic Qualification title in the women’s -58kg K44. In fact, her only loss during that span was to Danish legend and No. 1-ranked Lisa Gjessing at the 2019 European Open Champion-ships.  Cardoso turned heads in 2021 at the Pan American Open and Asian Open tournaments, where she outscored her opponents 199-47. None was more remarkable than a 12-4 win over Gjessing, ending the Dane’s eight-year winning streak. 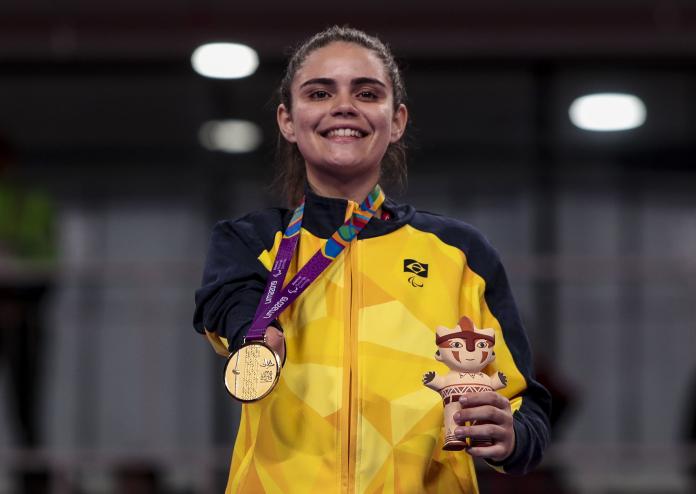 The only thing left for the sport’s biggest superstar is Paralympic gold. The four-time world champion was the last undefeated veteran in the sport, losing for the first time to Brazil’s up-and-coming Silvana Mayara Cardoso Fernandes at the 2021 Pan American Champion-ships. Gjessing lost her hand as a result of a tough battle with cancer, which stopped a promising Olympic career but launched one of the most successful Para taekwondo resumes of all-time. Along with her four world titles, Gjessing has four European Championships and an IWAS Games gold. All that is missing from the Dane’s trophy case is a Paralympic title in the women’s -58kg K44. Look for Gjessing (portrayed left) at the Opening Ceremonies, as she was named one of Denmark’s flagbearers. 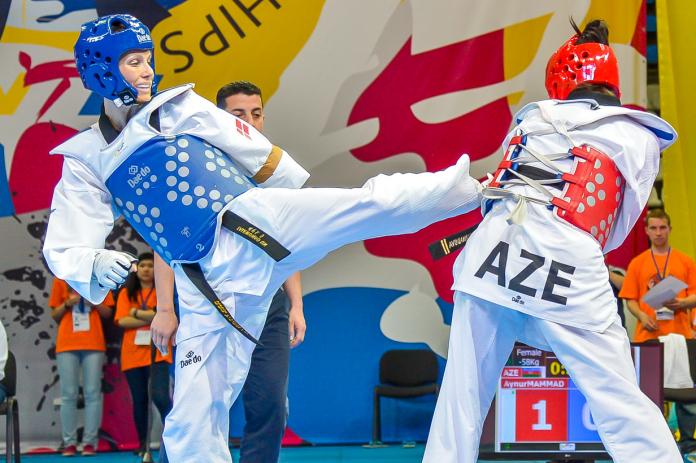 Garcia is the face of the sport’s newest generation of stars. Nearly flawless in 2019, he started the year by capturing his first World title – at just 16 years of age – before adding a Parapan Am Games gold. He ran his international tournament winning streak to five before falling in the European Open final on a last second kick. He picked up where he left off in 2021, easily capturing the Pan American Championship by a 21-1 score in the men’s -75kg K44. Discovering the sport as a child, the prodigy has been competing at a high level for years, claiming his first Pan American medal at 14 and bettering that to gold in 2018. Gar-cia’s incredible year even earned him the 2020 award as Mexico’s top Para athlete, award-ed to him by the Mexican president. 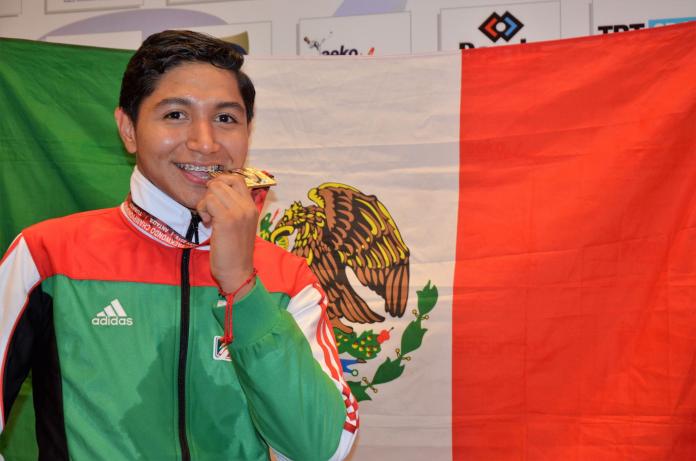 Ahlquist has been a star competitor of the sitting classes for a number of years. The Swedish class 3 athlete heads into her fourth Paralympic Games as the top-ranked player in her class and will look to add a second gold medal to her impressive career. The swedish player won the singles title at London 2012 and added a silver in the team event. She was unable to defend her gold at Rio 2016 after the Chinese dual between winner Xue Juan and Li Qian. Ahlquist managed to grab a place on the podium with a bronze medal. 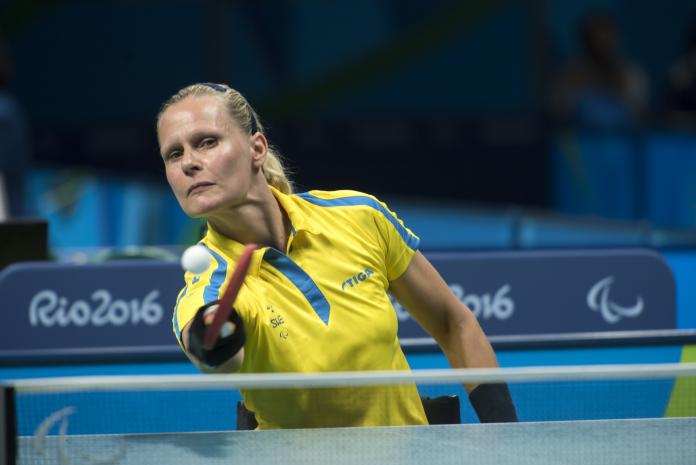 Leomon Moreno has led Brazil’s march to the very top of the sport and has become an icon of goalball. From not qualifying for the World Championships in 2010 to gold at the next two editions - and a first Paralympic medal in between - Moreno has been right there. In 2014 and 2018, he was the top scorer for Brazil’s two world titles. He coped with extreme pressure when his side played in the bronze medal match at their home Paralympics in 2016. Moreno kept his head in the game and scored the winning goal against Sweden to deliver his country a podium finish. 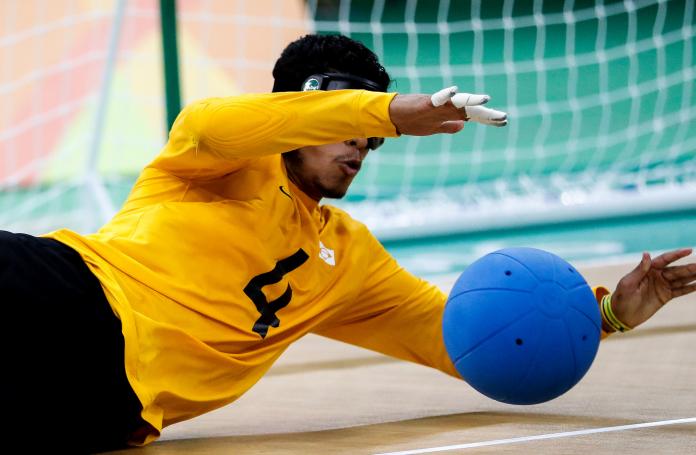 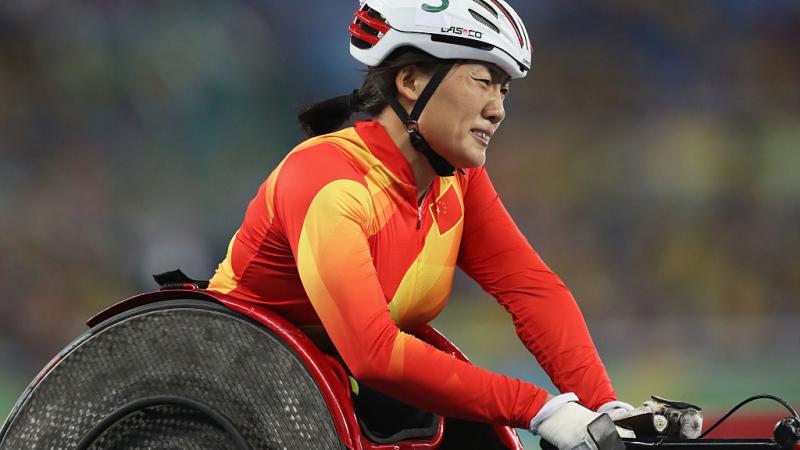 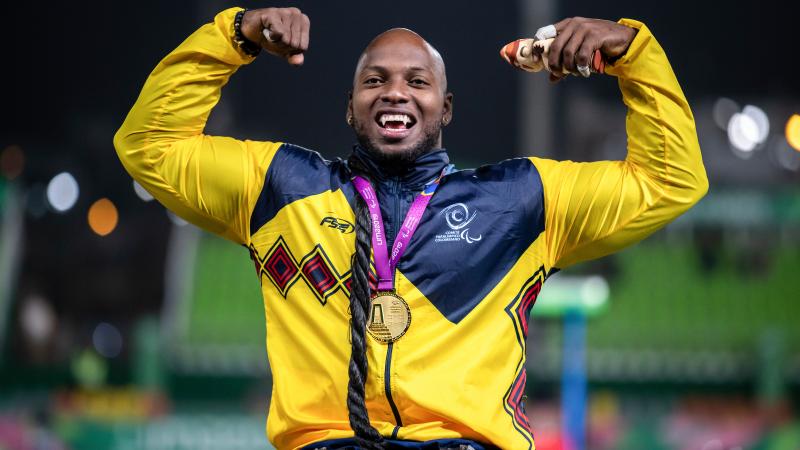 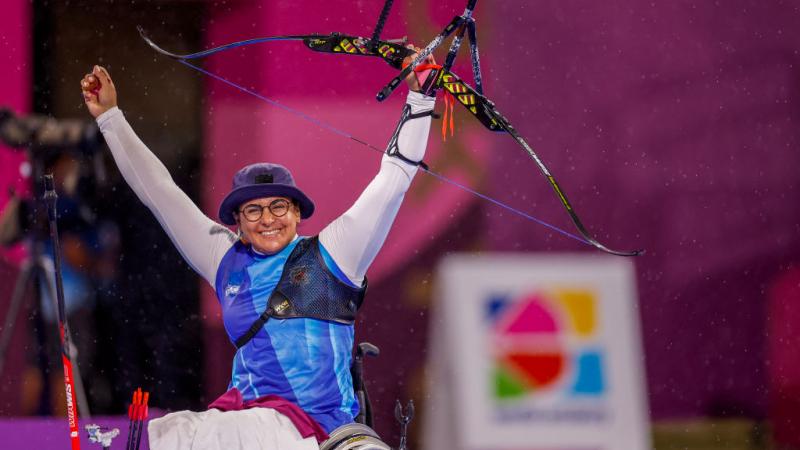