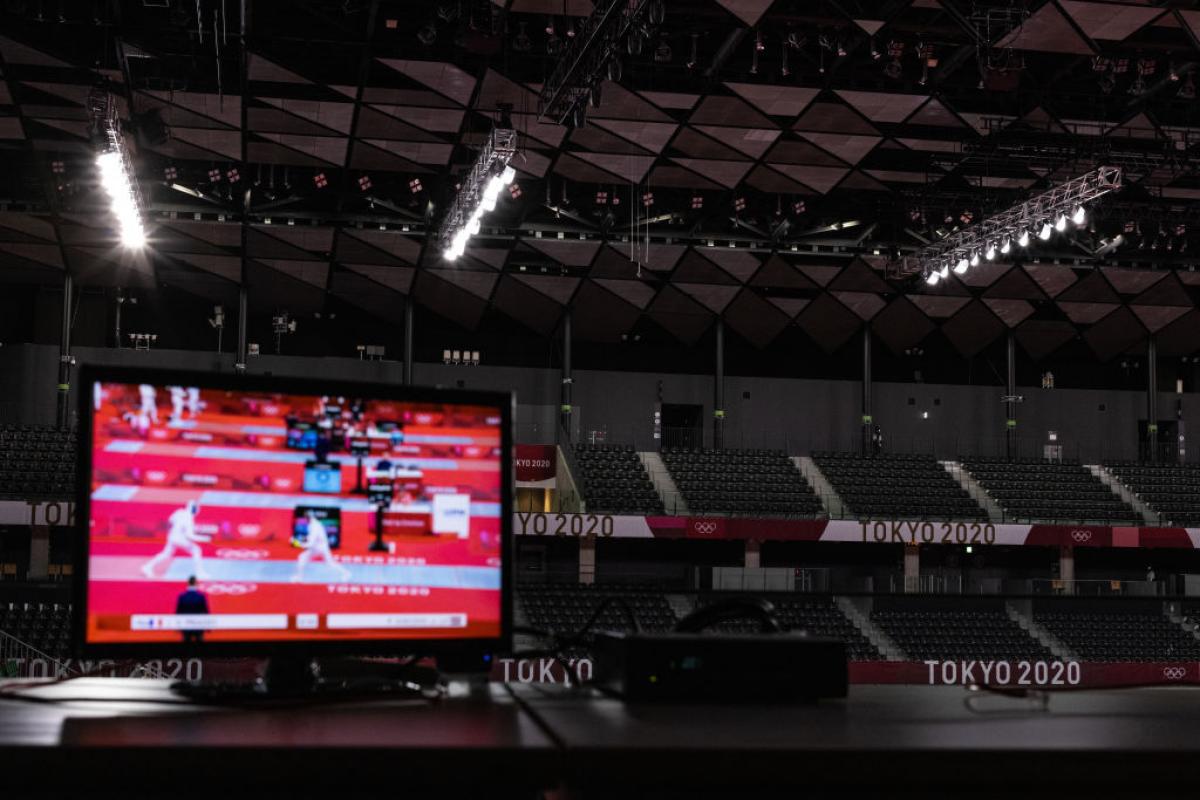 The Tokyo 2020 Paralympics are set to break all viewing records with an estimated cumulative global TV audience of 4.25 billion people likely to watch the Games.

The International Paralympic Committee (IPC) believes the combination of more broadcasters, increased levels of coverage and more live sport than any previous Games, makes it highly likely Tokyo 2020 will surpass the 4.1 billion cumulative viewers who enjoyed the Rio 2016 Paralympic Games.

In total, the Games will be covered by more than 150 television, radio and online outlets in a record 177 territories.  Thanks to increased investment from broadcasters, live coverage from 21 disciplines across 19 sports – more than ever before – will be available to broadcasters by Olympic Broadcasting Services.  As a result, many broadcasters are planning to show more hours of coverage.

Alexis Schaefer, the IPC’s Commercial, Partnerships and Broadcasting Director, said: “With more live sport available to broadcasters than ever before, I am confident we will break all viewing records for the Tokyo 2020 Paralympic Games.

“The role of broadcasters in screening the Games has never been more important given there are no international spectators and limited domestic crowds.  But the increase in the number of broadcasters and their levels of coverage is testament to the appeal of the Paralympic Games and the elite sporting performances of Para athletes.

“We have also seen with the launch of WeThe15 this week how important the Paralympic Games are in the global conversation on persons with disabilities. In addition to delivering exciting and entertaining world-class sporting action from Tokyo, broadcasters are also telling the stories of Paralympians to inspire the next generation, challenge biases and stereotypes.  We are extremely grateful to all rightsholders for helping to share the outstanding performances and powerful narratives with billions of viewers around the world.”

Japan leads the way – record coverage from the host broadcaster

In the USA, host nation of the LA28 Paralympics, NBC will be showing more than 1,200 hours of Games coverage across all platforms, as will Channel Seven in Australia and CBC in Canada.

British broadcaster Channel 4, who have followed up their award-winning campaigns for London 2012 and Rio 2016 with another epic promotional film for Tokyo 2020, will show more than 300 hours on traditional TV and make all 1,200 hours available across digital platforms.  In addition, 70 per cent of its on-screen presenters are persons with a disability.

The growing interest and participation in the Paralympic Games is evident across continents as more major broadcasters come on board to bring coverage of the Games and showcase homegrown athletes.

In Africa, comprehensive Games coverage is led by Pay TV broadcaster SuperSport in South Africa and Sub-Saharan Africa, and public broadcaster South African Broadcasting Corporation (SABC) in South Africa. For the first time in history, the Games will also be widely shown on free-to-air TV channels in 49 territories in Sub-Saharan Africa reaching more than 250 million people, thanks to Para Sport Against Stigma, a partnership between the IPC, Loughborough University, and the University of Malawi, Chancellor College, which aims to support social change and overcome stigma and discrimination against persons with disabilities in Africa.

In Asia, with the support of Reddentes Sports, IPC’s Official Media Rights Partner in Asia, the Paralympic Games have brought on new broadcast partners in Asia and will be entering new territories.

In Malaysia, satellite and IPTV broadcaster Astro will be providing daily coverage of the Games.

In another first, ELTA TV, the sole gatekeeper of the Tokyo 2020 Paralympic Games in Taiwan, have joined forces with ChungHwa Telecom(MOD/Hami) and Public Television Service (PTS) and Eastern Broadcasting Company (EBC) to bring the Paralympic Games to Taiwanese viewers for the very first time.

In Philippines, pay-TV sports network Tap TV have committed to broadcast the Opening and Closing ceremonies, as well as daily highlights.

In Singapore, Mediacorp will bring viewers the ‘live’ telecast of the Opening and Closing ceremonies, daily highlights and coverage of Team Singapore events,  for free on its digital entertainment service meWATCH and free-to-air TV station Mediacorp Channel 5.

In Thailand, Plan B with its sublicensee AIS, PPTV, T-Sport and Thai PBS will provide extensive coverage of the Games on top of its coverage of Thai athletes.

In Middle East and North Africa, pan-region broadcaster beIN Sports will be bringing daily highlights of the Games to 25 territories in the region.

In Latin America, Argentinian free-to-air broadcasters TV Pública and DeporTV will be providing a wide-ranging coverage of the Tokyo 2020 Paralympic Games, with live, delayed and highlights coverage, and special features across their linear, online and social media platforms.

In Brazil, TV major Globo’s free-to-air and Pay TV coverage is complemented by public broadcaster TV Brasil (EBC) which will be covering the Paralympic Games in partnership with the Brazilian Paralympic Committee, forming a dedicated team of journalists who will be reporting from Tokyo, São Paulo and Rio de Janeiro, to provide round-the-clock news updates of the performance of Brazilian Para athletes to their audience via Brazilian news and media outlets including National TV and radio, complementing the live or delayed competitions and daily highlights coverage.

In Chile, public service broadcaster Televisión Nacional de Chile (TVN) will be presenting the Paralympic Games on National TV in Chile for the first time, committing to use the reach of their broadcast platforms to change people’s perceptions of persons with different abilities. Santiago will host the 2023 Parapan American Games.

In Mexico, another new broadcast partnership is found in Univision’s Spanish-language sports channel TUDN, which will bring hours of live and highlights coverage to the Mexican market.

The list of worldwide broadcast partners of the Paralympic Games can be found here https://www.paralympic.org/tokyo-2020/broadcast