Tokyo 2020: Rest is training for Javanmardidodmani 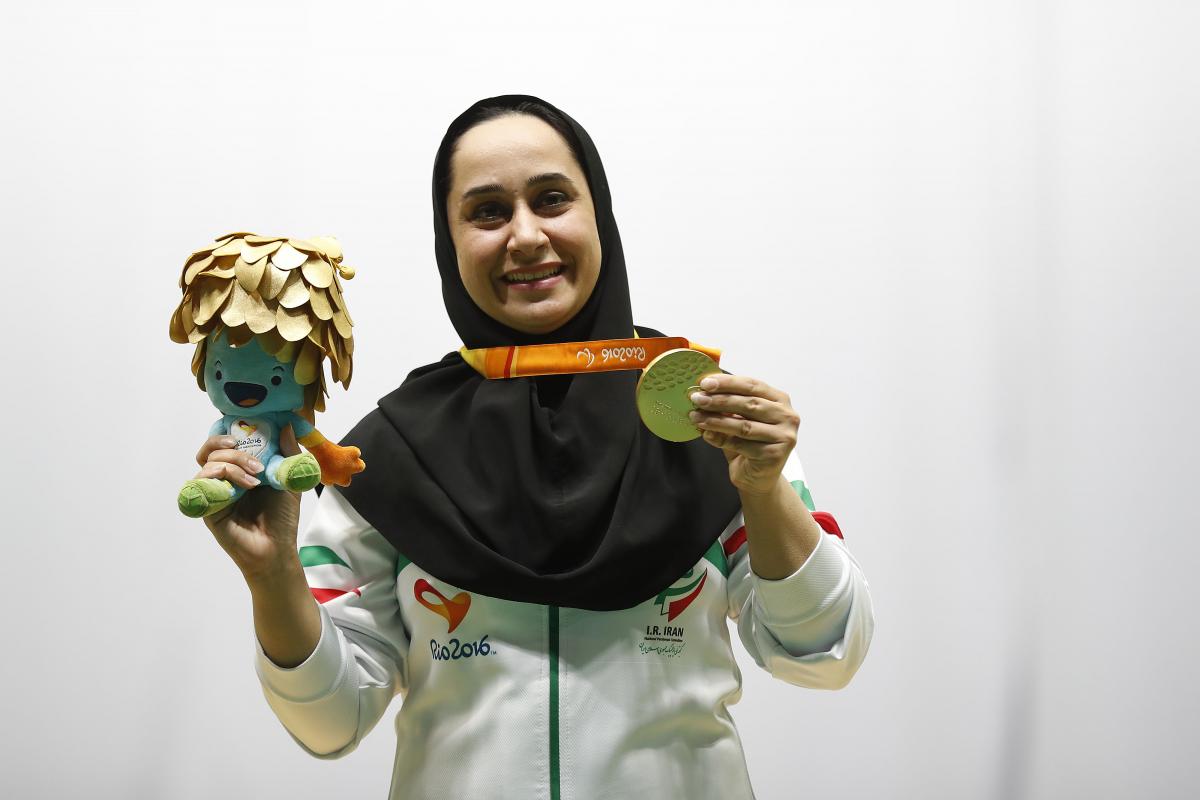 Sareh Javanmardidodmani with her gold medal. She won the P4 - Mixed 50m Pistol SH1 competition at the Rio 2016 Paralympic Games
ⒸWagner Meier
By Rebecca Schaefer | For the IPC

Iran’s Sareh Javanmardidodmani was the undisputed pistol shooting star the last Paralympic cycle. But before she began her campaign for another cycle toward Tokyo 2020 which are three years from today, Javanmardidodmani knew she needed a break.

“Before Rio, I felt so much pressure on my shoulders, particularly due to my past results,” the 32-year-old said. “It was as if everyone was counting on me to win gold.”

For those counting on her, she certainly did not let them down.

Javanmardidodmani bagged two Paralympic gold medals at Rio 2016. That topped off the world and Asian titles, plus the multiple world records she recorded in that Paralympic cycle.

Yet, even after her historic Rio victories in the P2 (women's 10m air pistol SH1) and P4 (mixed 50m pistol SH1), which made her become Iran’s first female Paralympic champion in the sport, the pressure did not subside entirely.

“Frankly, during the six months following Rio, I did not train on a regular basis. I needed time to process, to rest, to recharge. I also wanted to take my time to think about my future plans in the sport as well as about ways to continue being successful at what I do.”

About two months ago, Javanmardidodmani started with light training and almost daily workouts again, saying: “I am trying to regain my former shape as quickly as possible.”

Now, she does so with confidence and peace of mind, which was a long-term effect of the Rio golds, she stated.

“In terms of what I had wanted to achieve in my sport, the medals certainly have made me relax and feel a calmness I had not experienced before. Whatever competition I will participate in in the future, even in the next Paralympic Games, I will benefit from my experiences in Rio,” she said.

Tokyo 2020 is unquestionably on Javanmardidodmani’s agenda, as are the World Championships in Cheongju, South Korea, next year. In both events, defending her titles are her goals.

For her, a key prerequisite to do so, she said, is to be positive, to embrace every competition as a new experience – and also a new chance.

“If I look back on my almost 10 years in the sport, defeats and the approach that you learn from them, have been absolutely central for me. It were previous defeats that made me into the athlete that was able to triumph at the 2014 World Champs in Germany, even at Rio 2016.”

This season, Javanmardidodmani will continue to take it slow; only the World Shooting Para Sport World Cup in Croatia from 19-27 September is a current focus.

Her eyes are already set on the 2018 World Championships in May. Then come qualification events for the Paralympics, the Para Asian Games, and eventually Tokyo 2020.

“They are not finalised yet but I am currently developing my daily training programmes for Tokyo 2020. At least at this point in my shooting career I feel like nothing can really disappoint me.”