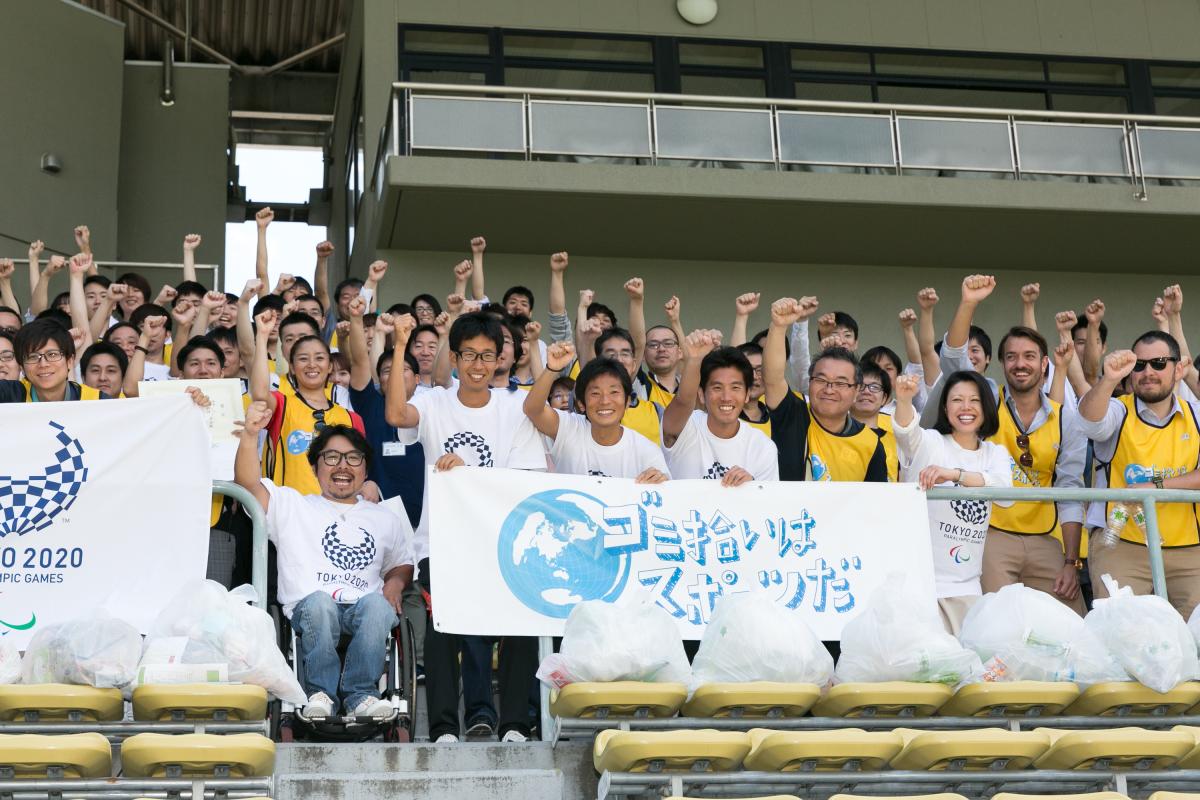 The Olympic & Paralympic Movements have always been about more than just sport, and over the years, the power and reach of the Olympic Games have been marshalled to promote many worthy causes. These include acceptance of diversity and support for the environment, among many others.

As the build up to the Olympic and Paralympic Games Tokyo 2020 continues, the Tokyo Organising Committee of the Olympic and Paralympic Games (Tokyo 2020) is actively supporting a variety of such causes, and on Monday (5 June) staged a special event called “Sports Gomi Hiroi” to mark World Environmental Day and aimed at raising awareness of the need to protect the environment.

The fun event was held in the Jingu area of Tokyo, close to the site of the new Olympic Stadium. It brought together teams including athletes and the staff of the Brazilian embassy in Tokyo, as well as employees of sponsor corporations affiliated with Tokyo 2020’s ‘Sustainability Network’.

The 20 teams, each with around five members, competed with each other to see which could collect the most litter from the surrounding public areas in a set period of time. Various rules were applied, including the awarding of points for different categories of litter, such as discarded cigarettes and plastic bottles.

Pedro Peixoto, foreign service officer at the Embassy of Brazil, said “Sport is a powerful tool for change, especially for the young, and our embassy team was very happy to participate in the event. Brazil and Japan have a long and very deep relationship, and I think the people of Brazil are very excited about the Tokyo 2020 Games.”

Hirooki Arai, 50km walking bronze medallist at the Rio 2016 Games, added: “Although Japan is generally quite a clean country, we need to clean up our towns even more now given the large number of overseas visitors we’ll be welcoming to Tokyo 2020. We hope that they will feel that Tokyo is an exceptionally clean town when they are here.”

Para ice hockey Paralympian Daisuke Uehara added, “This event was not just about picking up litter; my team also realised how important accessibility is in a city like Tokyo, and the extent to which litter and other obstacles can get in people’s way. I also think that knowing the town as well as we do helps us to identify the places where support for wheelchair users is most needed.”

A fun day in the Tokyo sunshine helped raise awareness of the need to protect the environment. All participants made new discoveries through their activities and got to see the city of Tokyo from a different aspect. Tokyo 2020 will continue to support various worthy causes as the countdown to 2020 progresses – watch out for further details!