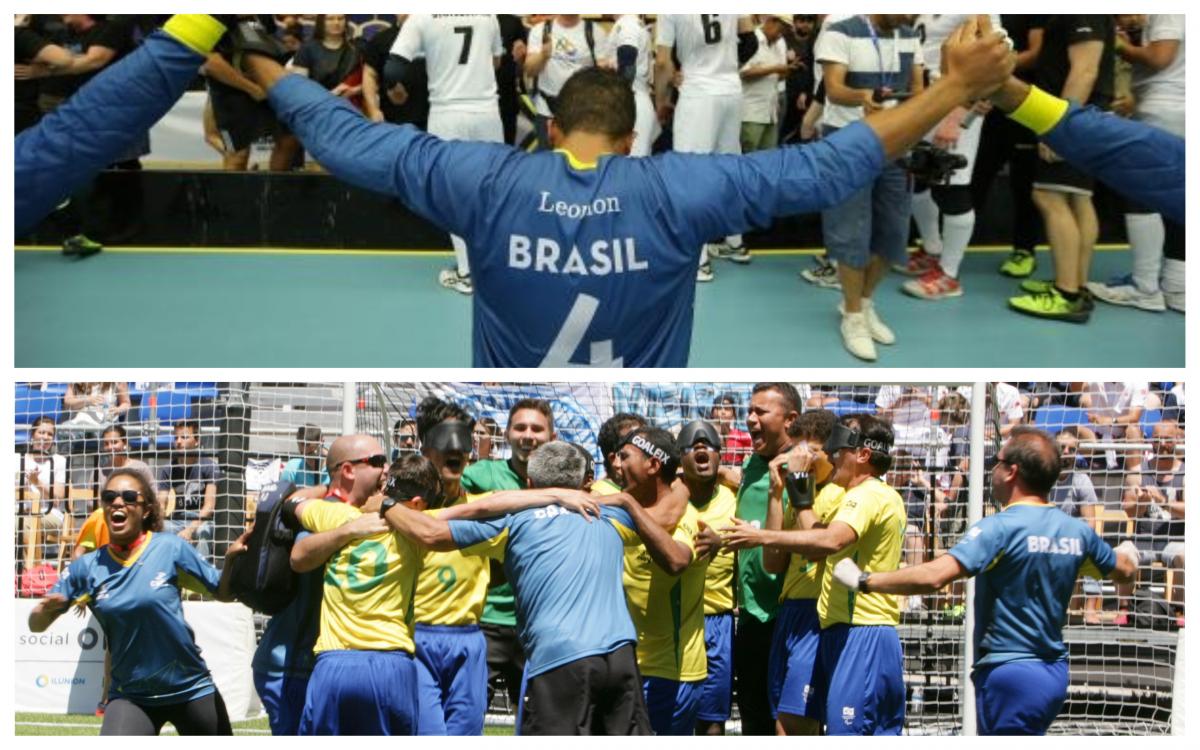 Brazil dominated in both blind football and goalball in 2018

The Brazilian blind football and men’s goalball teams had an unforgettable year as they claimed the World Championships titles. Brazilian success in team sports enters at No. 2 in the Americas Paralympic Committee’s Top 10 Moments of 2018.

Ricardinho said: "I am very happy. I am proud of myself because I broke my nose during the semi-final and I had problems with breathing.

“I am proud of the sacrifice of the whole team to win the World Cup. Argentina has a great team with very good players. It was a very exciting final and a tough challenge."

Brazil finished top of Group D after defeating Mali 6-1, England 3-0 and Costa Rica 14-1. They went on to beat Colombia 3-0 and China 1-0 in the knockout stage to qualify for the final.

Top Scorer went to Brazil’s Ricardinho who netted a total of 10 goals across six games. He was also part of the Team of the Tournament.

The men’s team repeated the success from four years ago in Espoo, Finland, after beating a strong German side 8-3 in the final. It extends a dominant era for the Brazilian team as it has reached the podium at every major international competition since 2012.

“This is a very special moment and this is a result of our training in Brazil,” he said.

“All the time we believed we could win. We came to this competition believing for ourselves we could do it again, based on our structure, our training, all the people involved, putting their dreams into this tournament and reaching their goal.”