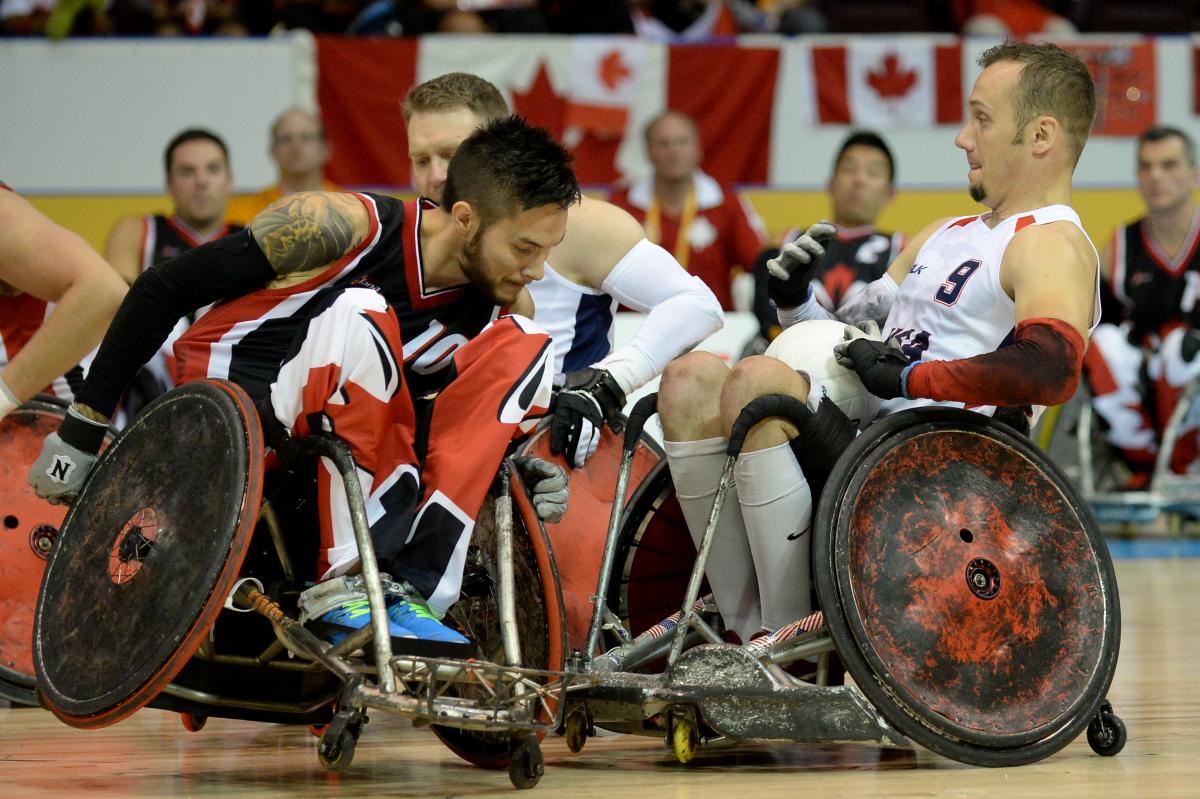 Trevor Hirschfield (Canada) and Eric Newby (USA) at the gold medal match in Toronto at the 2015 Parapan American Games.

Trevor Hirschfield’s role in Team Canada’s gold-medal win in wheelchair rugby at the Toronto 2015 Parapan American Games earned him the Allianz Athlete of the Month for August 2015.

Hirschfield was an integral part of Canada's thrilling 57-54 victory over the USA at Toronto 2015, where the sport made its Parapan American debut. The class 1.0 player finished second in scoring for Canada during the final with seven goals, while often guarding higher-class opponents. The victory was big for Canada, who lost to the US earlier in the tournament 60-59 in overtime.

The voting was a race between Hirschfield (47 per cent) and the Czech Republic archer David Drahoninsky (41 per cent). Canadian swimmer Aurelie Rivard was third in the polls with 9 per cent. The Italian cycling trio of Luca Mazzone, Vittorio Podesta and Alex Zanardi garnered 2 per cent of the votes, and Cuba’s Omara Durand had 1 per cent. 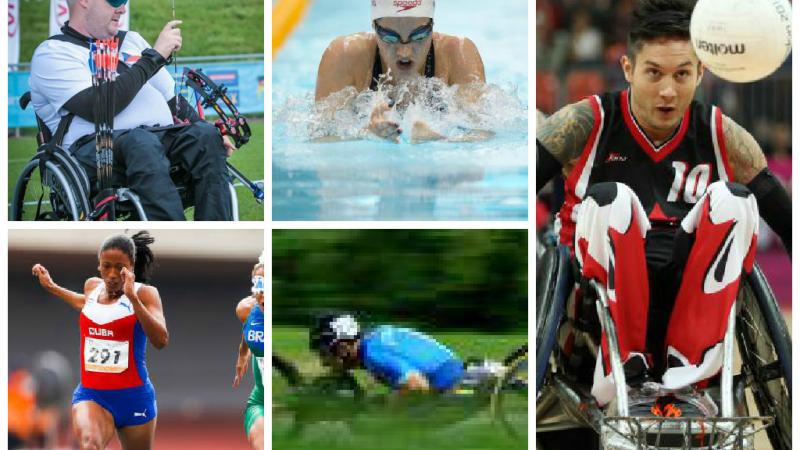 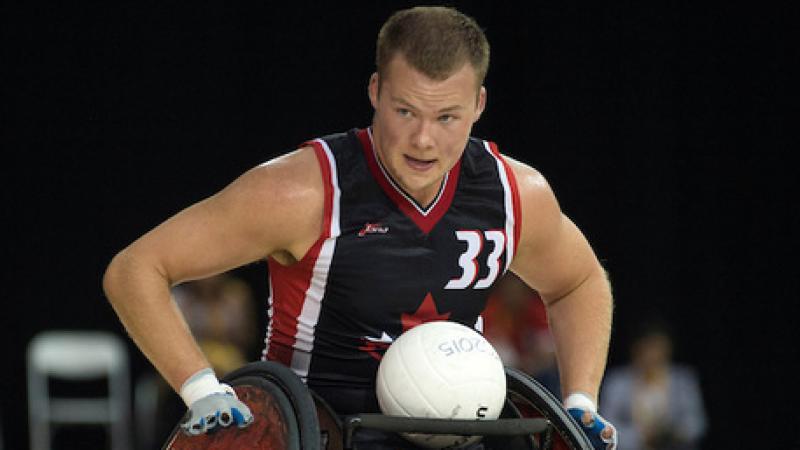 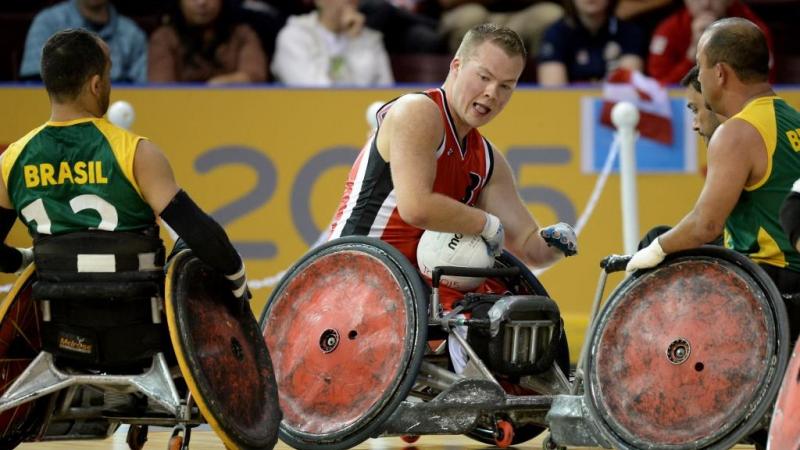