Great British shooters looking to de-thrown the king of shooting from Sweden on the second day of competition. 31 Aug 2012
Imagen 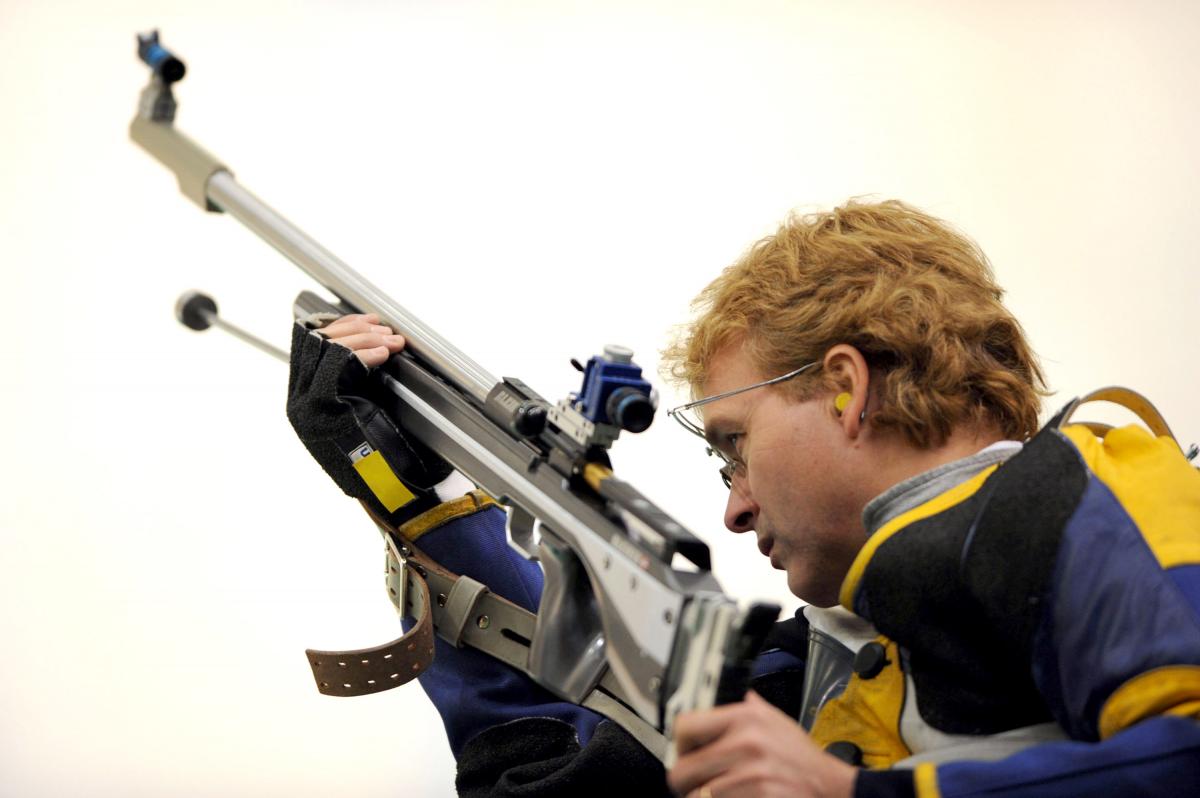 Two Great Britain shooters have pedigree of their own, however, with Nathan Milgate and Matt Skelhon ranked number one and three in the world respectively.

The pair (Milgate and Skelhon) are keen rivals in the sport, but neither one has been able to establish a definitive supremacy over the other. Although tomorrow’s competition is unlikely to create this supremacy, there is certainly a lot at stake.

Through their rivalry they have fostered a great friendship and are happy roommates at the Paralympic Village.

"First and foremost, he (Skelhon) is a very good friend," Milgate said. "We've known each other for a long time. We get into chats and we get on exceptionally well."

Both shooters believe their healthy rivalry helps them to reach their full potential.

"When we are training or if we are shooting in matches, we are trying to better our scores all the time and trying to beat each other's scores, so I think it (the rivalry) does help. It makes us both try harder,” Skelhon said.

In the women’s P2 10m air pistol SH1, Russian shooters Natalia Dalekova and Marina Klimenchenko are two of the stronger competitors. Dalekova won a bronze medal in this event at the Beijing 2008 Paralympic Games. Klimenchenko holds the world record in this event for both the qualifying score and also the final overall score. She is also the women’s P2 air pistol SH1 world champion from 2010.

But it is a pair of Ukraine shooters all will be out to beat. World number one Olga Mustafaieva from Ukraine won the IPC world cup in Antalya, Turkey earlier this year, while Anastasiia Skok of Ukraine is world number two.

Similarly, the experience of Yelena Taranova from Azerbaijan will stand her in good stead. Taranova won a silver medal at the Sydney 2000 Paralympic Games and a bronze medal in this event at the Athens 2004 Paralympic Games.

The shooting competition on day two of the London 2012 Paralympic Games is scheduled to commence at 09:00 on Friday (31 August) at the Royal Artillery Barracks.