Around 400 of the world’s best para-cyclists from 38 countries will be in Segovia, Spain, this weekend (25-27 July) for the UCI Para-Cycling Road World Cup, the last major event before next month’s World Championships in the USA. 25 Jul 2014
Imagen 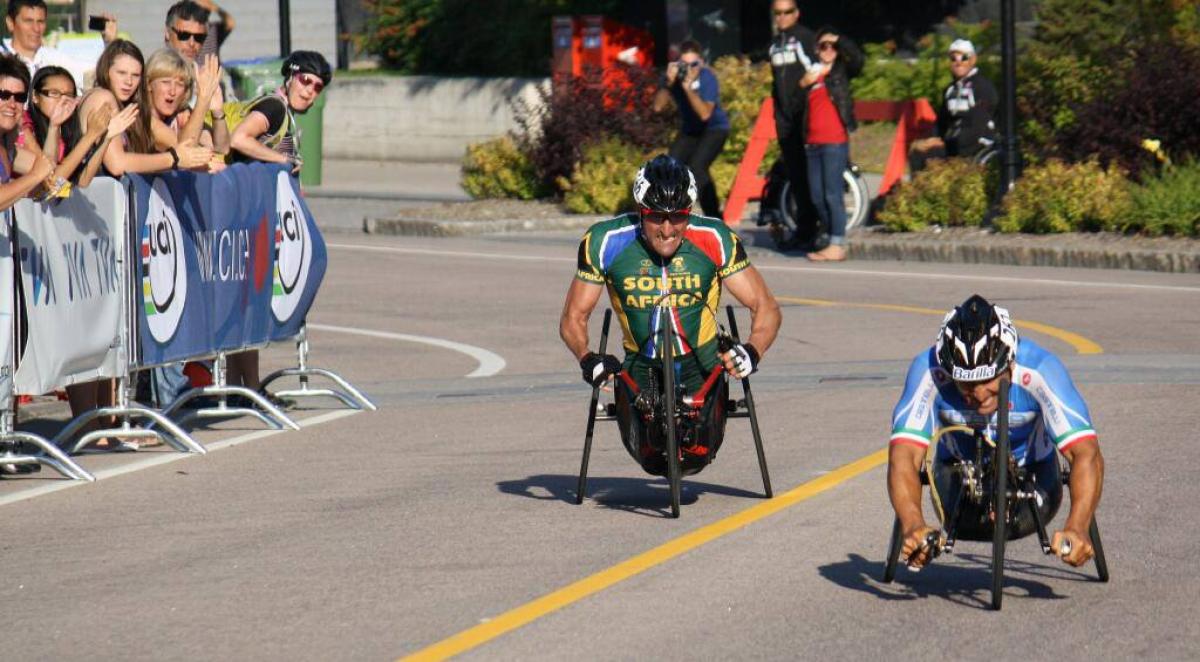 "We all try to surprise each other but we also well know now what to expect."

The three-day event begins on Friday (25 July) with time trials for all classifications around a 11km circular route, whilst road races will take place on Saturday and Sunday.

Amongst the big names set to compete is Italy’s Alex Zanardi, a winner of two golds and a silver medal at London 2012, and who has been in formidable form this season in the H-5 category. The 47-year-old will not have it his own way though in Segovia and will face his close rivals Ernst Van Dyk of South Africa and Jetze Plat of the Netherlands.

"So far, I've been often able to drive the race in a way where my best talents could shine, but you can't always expect to hit it the way you want," Zanardi said. "In my training, I tried to work on aspects where I feel my main opponents are better."

Zanardi, who describes the time trial course as "flat and repetitive", feels the road race course will prove to be a thrilling tactical challenge for all involved as it involves a final climb of 750m, with a gradient of 7 per cent.

"To cross the finish line after a pretty long climb sets the odds more in favour of who has more energy to spend in that final shoot and this will provide an exciting finish," Zanardi said. "It'll definitely be a strategic race."

Familiarity will be a common theme this weekend as the majority of top riders have squared off against one another two previous times this season in UCI World Cup events. There will likely be few surprises to the competitors, making preparation a determining factor in success.

"Every race is a different chapter of the same book," Zanardi said. "We all try to surprise each other but we also well know now what to expect. But this is the exciting part of the sport. You always start hoping you've done sufficient homework, but it's only at the end and after a bit of sufferance that you get the final answer."

Other star names competing include France’s Quentin Aubague (T1), Great Britain’s Lora Turnham (B), the USA’s Shawn Morelli (C4), Poland’s Anna Harkowska (C5), South African’s Justine Asher (H2) and the Canadian duo of Shelley Gautier (T1) and Marie-Eve Croteau (T2). All of these riders won the two races they competed in at the last UCI Para-cycling World Cup which was held in Castiglione Della Pescaia, Italy two months ago. However, several of them will be closely followed by their respective runners-up.

As hosts Spain will be represented by 45 athletes, the most of any nation.

Next month the 2014 UCI Para-cycling Road World Championships will take place between 28 August and 1 September in Greenville, South Carolina, USA. 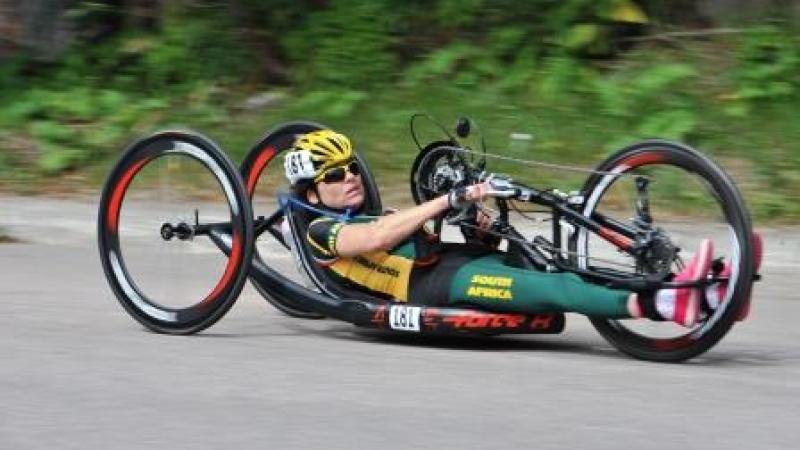 Cycling
Asher hopes to inspire others