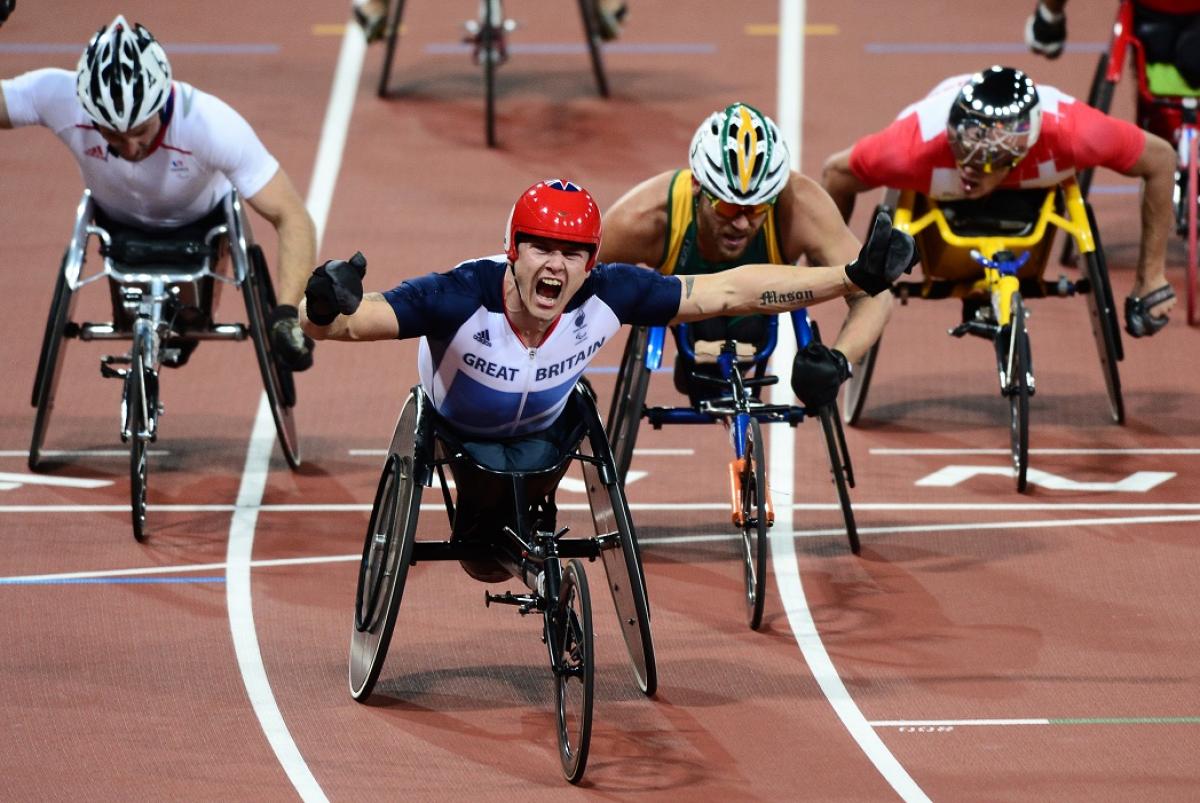 Paralympic sport in the United Kingdom received a major boost on Tuesday (18 December) when UK Sport, the body that funds elite sport in the country, announced an overall 43 per cent increase in funding ahead of the Rio 2016 Paralympic Games.

As a result of the significant increase in funding, which was welcomed by the British Paralympic Association, UK Sport unveiled a goal for the UK to be the first host nation to be more successful at the next Paralympic Games in terms of medals won. In London, Paralympics GB won 120 medals, including 34 golds, and finished third in the medals table behind China and Russia who came first and second respectively.

UK Sport will also be increasing its investment in areas such as coach development, talent identification and research and innovation, to underpin its investment in sports and athletes and ensure the high performance system continues to operate at the cutting edge of world sport. UK Sport’s ‘Mission 2016’ performance programme tracking tool will continue to help monitor progress in each sport and highlight any barriers to success or elements of excellence to be captured and shared across sports.

According to UK Sport the investment is a reflection of the increasing competitive nature of, and opportunities for international competition available to, Paralympic sport.

Baroness Sue Campbell, Chair of UK Sport, said: “Our announcement today is unprecedented, as we increase investment in British elite sport post our home Games and aim to achieve something no other host nation in recent history has before, in surpassing this year’s incredible performance at both the next summer Olympic and Paralympic Games.

”At UK Sport we take our responsibility for the strategic investment of public and National Lottery funds very seriously - the achievements in London simply would not have been possible without this unparalleled support and our ‘no compromise’ approach to investment.

“London 2012 was just the beginning, not the end, for Olympic and Paralympic sport in this country, and we plan to continue to make this funding work as hard as it can to help our best athletes achieve medal success at the highest level; to make this nation as proud as they did this summer and to inspire the next generation.”

Hugh Robertson, Minister for Sport, said: “We are investing more public money to support our elite athletes in the four years to Rio 2016 than for our home Games, which shows our desire to keep up the momentum from London 2012. The significant increase for Paralympic sports reflects on the extraordinary success and achievements of our Paralympic athletes this summer."

Liz Nicholl, Chief Executive of UK Sport, said: “To ensure a high performance legacy from London 2012, whereby we can aspire to replicate the inspirational performances in London in four years’ time in Rio, UK Sport’s priority for this investment was to get the right resources, to the right athletes, for the right reasons.

”While these decisions have not been easy to make, we are ensuring that every athlete with medal potential for Rio 2016 or 2020 is supported, whether through their sport’s World Class Performance Programme or through our new, more flexible, small squad investment option.

“Importantly we have also worked closely with Sport England and the other Home Country Sports Councils to ensure improved connectivity and alignment of investment in talent to help sports develop more seamless pathways from grassroots through to talent and elite level.

“As a result every Olympic and Paralympic sport should have the opportunity to build on the success of London 2012, whether that be in growing their participation base, winning medals at the elite level or, in most cases, achieving both in parallel. For those sports with limited or no access to elite level funding, our annual review process provides a clear entry point back to UK Sport funding for those who meet the required performance standards.”

Jeff Davis, Performance Manager of Paralympic Football, said: “The Great Britain Disability Football Association is delighted with our award from UK Sport as it will enable blind football to make the leap from part time status to a full time element. The Paralympics in London inspired a new generation of blind footballers and the great news today will ensure the current players reach their potential and go to Rio as real contenders.”

Mike Reilly, CEO of Goalball UK, said: "We are delighted with the award which reflects UK Sport's appreciation of what we have achieved in Goalball in a relatively short time as a new National Governing Body. We saw our team rise in 2012 from being ranked 11th in Europe to just missing out on a medal at London, losing to a golden goal in extra time in the Quarter Final.

“The athletes, coaches, and support staff did a fantastic job getting to London and the team became crowd favourites in the Copper Box as they took on the world. The girls came so close but we are now working towards a medal in Rio and it is brilliant to have this backing."