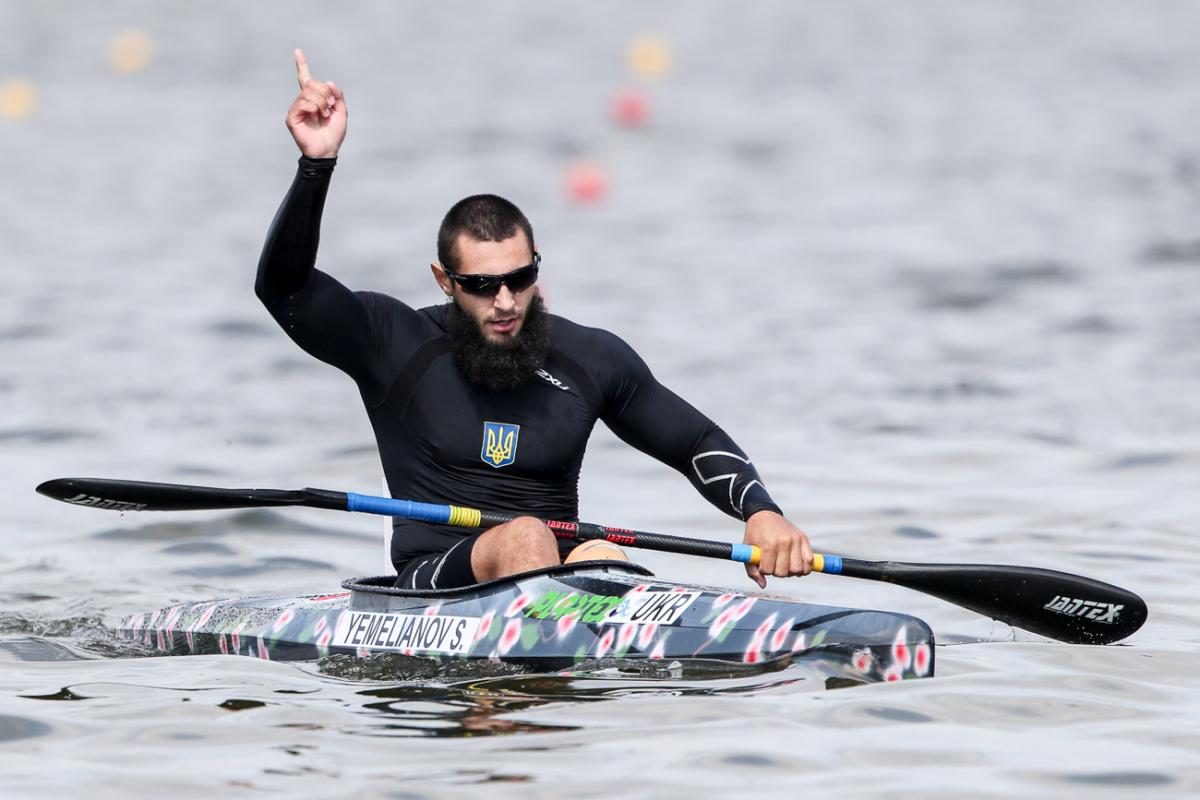 Serhii Yemelianov continued his reign as the undisputed king of the men’s KL3 and New Zealand’s Scott Martlew broke through for his first major international gold on the final day of the Para Canoe World Cup in Poznan, Poland, on Saturday.

Ukraine’s Rio 2016 gold medallist and two-time world champion Yemelianov can now add another World Cup title to his list, although he was not entirely happy with his performance.

“For me it was very bad, a bad time, but I hope by the [2019 World Championships] it will be my best time,” Yemelianov said. “I feel perfect, but I’m training towards Tokyo.”

Ukraine saw more success when Maryna Mazhula showed her World Championship win last year in the women’s KL1 was not a fluke.

Mazhula had to work hard, finishing in a time of 53.609. Italy’s Eleonora De Paolis was a tight second in 53.781, with Chile’s Katherine Wollermann third.

“It was very hard, with strong wind and waves,” Mazhula said. “The field was strong, but I knew I had won when I crossed the line. I saw the Italian pushing hard.”

Martlew, 26, began his Para canoe career in 2012, and finished eighth in the KL3 at the Rio Paralympics.

But his form since then has improved dramatically, with a second behind Paralympic gold medallist Curtis McGrath at last year’s Worlds, and then a gold on Saturday in the absence of the Australian.

“I’ve adapted my training over the years, and we know what sort of works for me now,” Martlew said. “I’m absolutely stoked with the win. I didn’t really know how I was going to go, it was a bit of a tough lead-in last week with a bit of a cold and a sore throat.”

The two-time Paralympic swimmer once again finished ahead of her teammate and 2016 Rio gold medallist Emma Wiggs in the 200m race.

“It was enough to take its toll a little bit there at the end,” Henshaw said. “A few weeks ago, I wasn’t even sure I was going to be at this event, so to complete a full programme is a bit of a personal goal that I wanted.

“You can’t reach your limit without having someone pushing you, and I absolutely would not be where I am without Emma.”

Earlier, an emotional Wiggs overcame a disrupted preparation and a painful wrist injury to take gold in the women’s VL2.

Wiggs punched the water with delight after repeating her result from the 2018 Worlds.

Australia’s Susan Seipel took the silver, while there was a dead-heat for bronze between Russia’s Mariia Nikiforova and Great Britain’s Jeanette Chippington.

And it was a return to the winner’s circle for Uzbekistan’s Shaknoza Mirzaeva, who won the women’s KL3 gold medal ahead of Great Britain’s Laura Sugar, with Paralympic silver medallist Amanda Reynolds of Australia third.