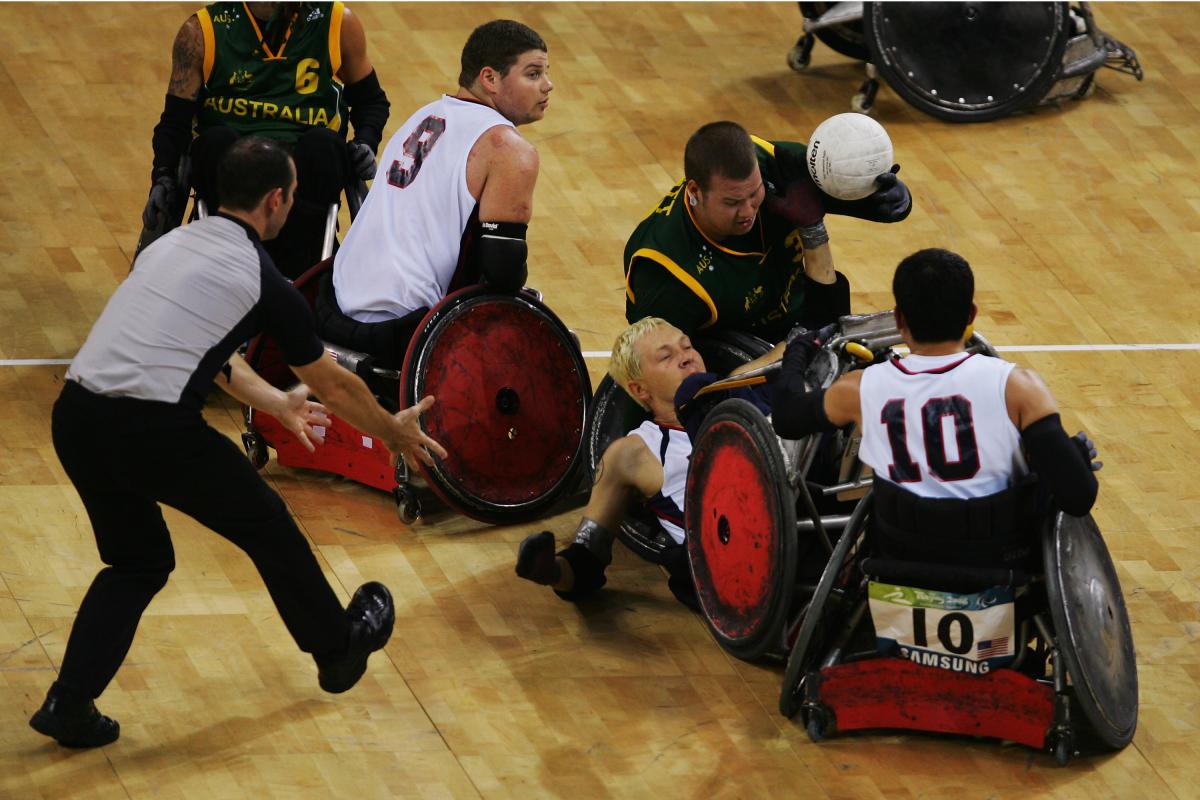 USA faces off against Australia in Beijing.

The team will eventually be cut to 12 members before the London 2012 Paralympic Games.

USA is both the defending world and Paralympic champion in Wheelchair Rugby, having defeated Australia for gold at both the 2010 World Championships in Birmingham, Great Britain, and at the Beijing 2008 Paralympic Games.

The 19-man roster consists of: