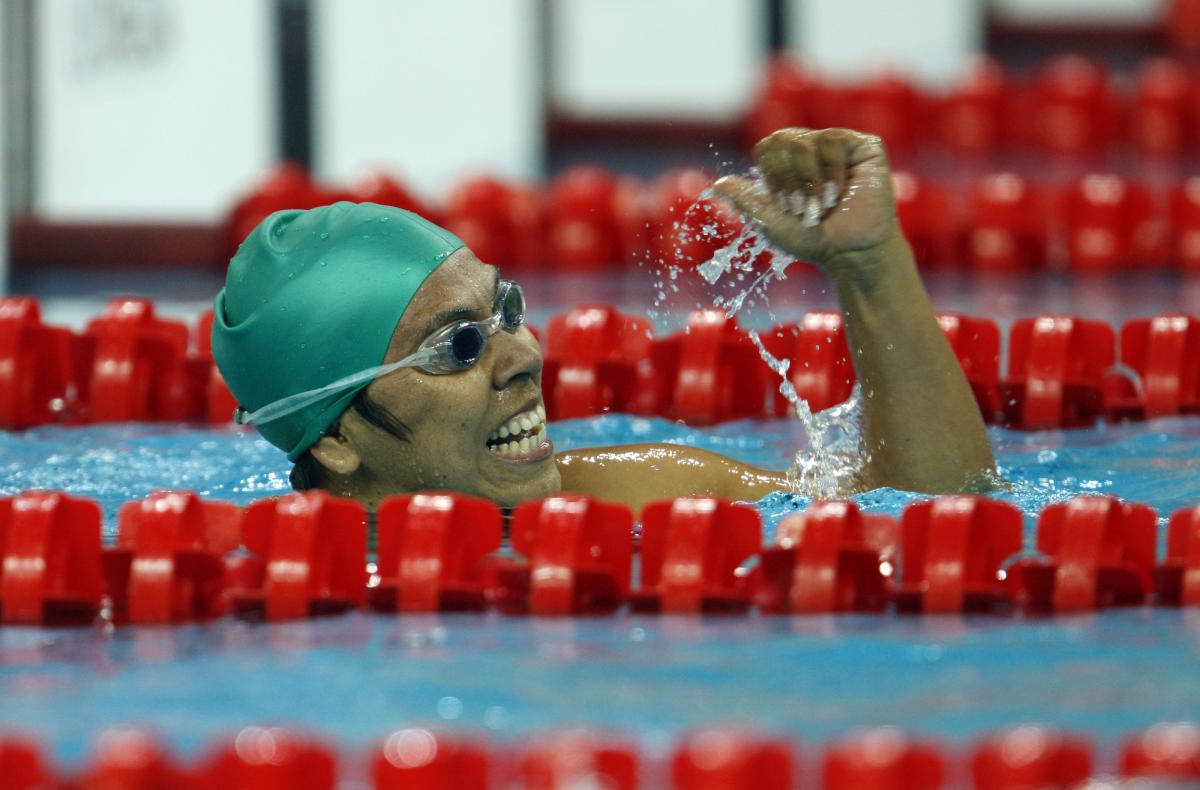 Patricia Valle dreams of extending her winning streak this September by claiming a medal at a fifth successive Paralympic Games, in Rio.

Mexico´s swimmer made her Paralympic debut at Atlanta 1996, where she could not make it to the podium. Four years later, Valle sealed one gold and two bronzes in Sydney and, since then, has won seven more medals over four Paralympic Games.

“All the athletes that compete in Rio dream of winning Paralympic gold and I am no exception,” said Valle.

“People who are watching the Games on television want the athletes from their countries to win a medal. I am working very hard towards that goal, so I want to top the podium more than anyone and dream to have that medal hanging around my neck.”

“I feel especially confident in the latter,” said Valle, who won bronze in that event at the Glasgow 2015 World Championships.

“However, I will face strong rivals such as Mexico´s Nely Miranda, Ukraine´s Olga Sviderska and China´s Jiangbo Xia.”

“I am sure the race will be extremely tough and tight but I remain hopeful I will reach the Paralympic podium.

“My first goal is to lower my times. That said, I see myself winning Paralympic gold.”

Valle believes organising a Paralympic Games in Latin America will help the region´s countries strengthen the bonds between them.

“I believe Rio 2016 will be great and very important to bring Latin American people together and create harmony, unity and trust among them all,” she said.

The 47-year-old also states that she has learned from every Paralympic experience she has had throughout her career.

“At Atlanta 1996 everything was new to me but still almost reached the podium. I won my first medals four years later in Sydney, which was very important for me,” she said.

“Athens 2004 was just fabulous for me, my family, my coach and my country because I won two golds and one silver.

“I did not have high expectations ahead of Beijing 2008 because I thought my career had ended with so many young rising swimmers, but still claimed one gold and one bronze.

“It was even more difficult for me in London. However, all the hard work paid off and I won two amazing bronze medals.”

Last year, Valle had a rotator cuff rupture and needed an operation, but assures she is already fully recovered.

“After four months, I could return to the pool and won bronze in the women´s 50m breaststroke SB3 at Glasgow 2015,” she recalled.

“I went on to claim one gold, one silver and one bronze at the Toronto 2015 Parapan American Games, which gave me extra motivation to keep training towards Rio 2016.

“It is always hard to win a medal at a Paralympic Games, but everything is possible if we have faith.”