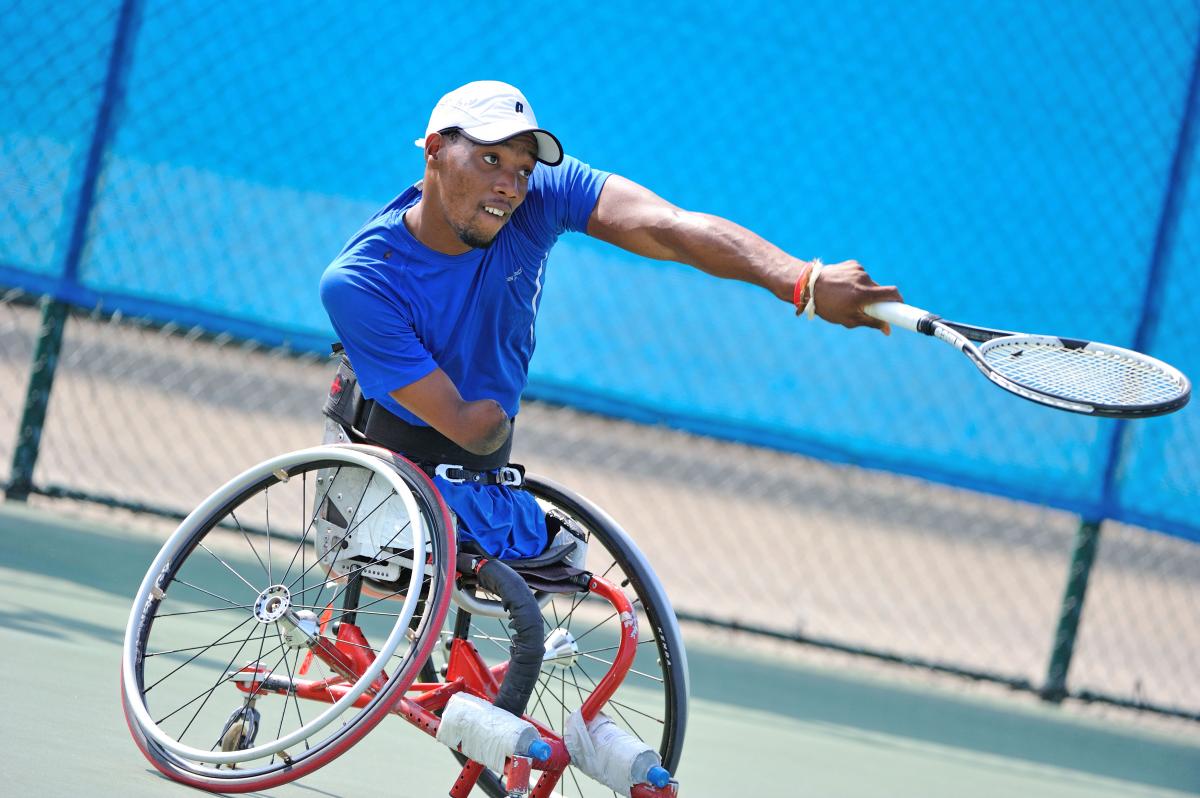 “Jamie was playing well in those first three games and after that I told myself just to concentrate on each point, so it feels good to be in the semi-finals.”

World No. 3 and second-seeded Sithole came from 3-0 down in the opening set of his quad singles semi-final against Great Britain’s 2012 runner-up Jamie Burdekin to prevail, 6-4 6-4. The victory set up his third Super Series singles final of the year and his second against world No. 1 Wagner, who Sithole beat in April to reach his first Super Series final at the SA Open.

“Jamie was playing well in those first three games and after that I told myself just to concentrate on each point, so it feels good to be in the semi-finals,” Sithole said.

Both quarter-finals in the bottom half of the men’s singles draw went against the seeding as Belgian fifth seed Joachim Gerard and French seventh seed Michael Jeremiasz both progressed to the semi-finals in three sets.

Gerard beat fourth seed Gustavo Fernandez of Argentina, 6-3, 2-6, 6-2, while Jeremiasz exchanged two one-sided sets with Dutch world No. 3 and two-time British Open champion Maikel Scheffers. Jeremiasz won the opening two games of the deciding set before Scheffers hit back, but it was the Frenchman that finished ahead with a 6-1, 0-6, 7-5 victory.

Sixth seed Lucy Shuker held an early lead in her women’s singles quarter-final against Germany’s world No. 1 Sabine Ellerbrock, but Ellerbrock held on in a tight conclusion to seal a 6-1, 7-5 victory over the Brit that sets her up for a semi-final against fourth seed Marjolein Buis of the Netherlands.

Buis had a tough opening set against American-based Chilean eighth seed Francisca Mardones, with a succession of close games, but Buis’ consistency finally came through as she prevailed 6-4, 6-0.

The other women’s singles semi-final will be an all-Dutch contest between world No. 2 Aniek van Koot and world No. 3 Jiske Griffioen. Van Koot ended the challenge of British seventh seed Jordanne Whiley, 6-2, 6-2, with Griffioen holding off fifth seed Kgothatso Montjane of South Africa, also by a score of 6-2, 6-2.

The men’s and women’s doubles semi-final line-ups were also decided, with all four seeded partnerships advancing comfortably in both events.

Meanwhile, with mixed doubles being trialled at some of the Super Series events on the 2013 NEC Wheelchair Tennis Tour, mixed doubles returned to the British Open on the third day of play, as South African top seeds Sithole and Montjane moved into a semi-final against British duo Marc McCarroll and Whiley.

David Phillipson and Louise Hunt edged fellow Brits Alfie Hewett and Shuker, 5-7, 6-4 (10-3) after a match tiebreak in an entertaining quarterfinal to set up a semi-final against Japanese second seeds Satoshi Saida and Miho Nijo. 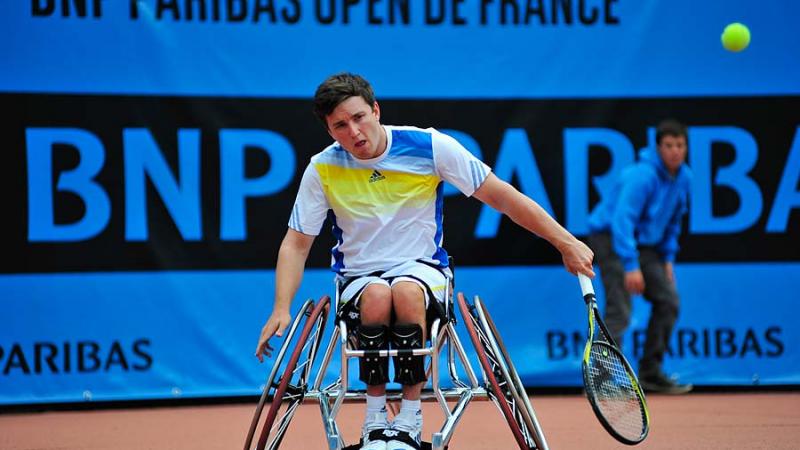