Walker wins gold, but opponent gets result he wanted

All smiles in the archery competition as British star causes upset, before defeated champion proposes to his girlfriend. 17 Sep 2016
Imagen 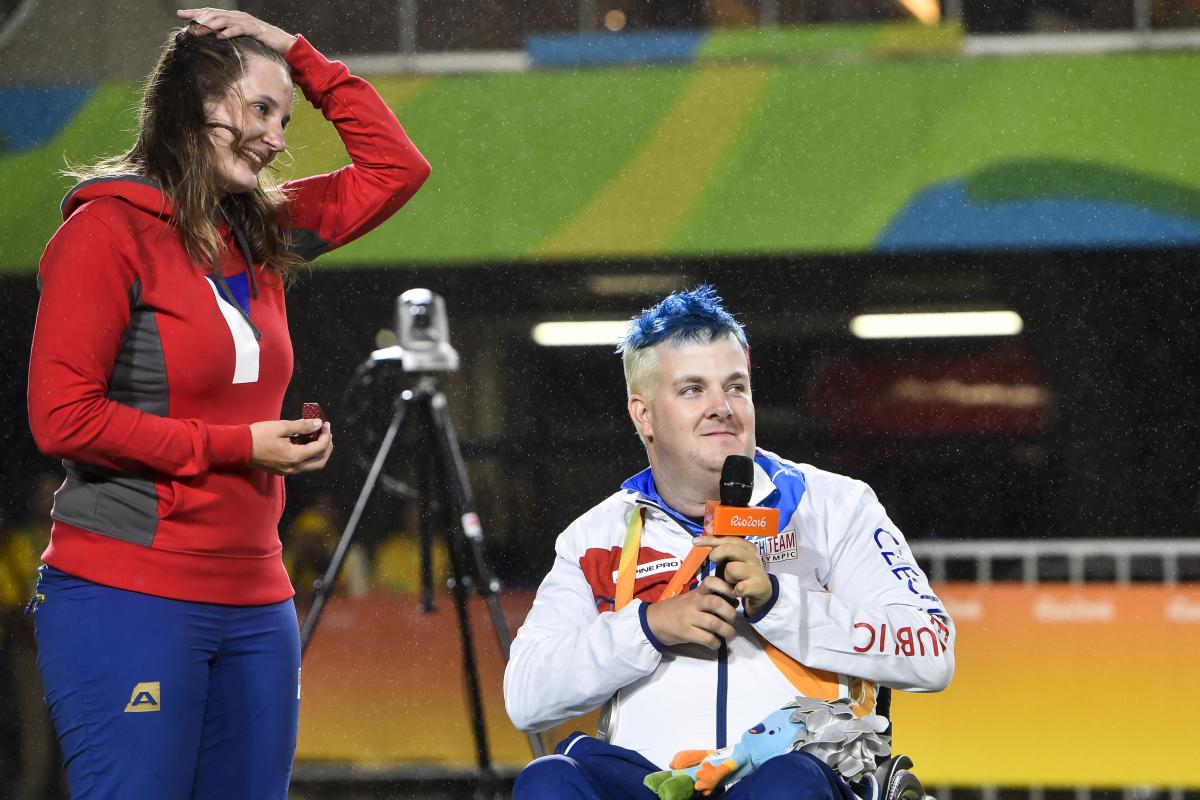 Great Britain’s John Walker beat world archery champion and world number one David Drahoninsky in the W1 men’s gold medal match on Friday (16 September) – before the silver medal winner proposed to his girlfriend on the podium.

The final was a tight affair throughout, with Walker eventually edging the contest 141-139.

Walker was a point up after the first end, Drahoninsky was one ahead after the second. Tied at nine, then 12 arrows each, the British athlete unleashed his tightest group of the tournament – a perfect 30 – to take the last series, and the match, by two points.

“I just believed in myself, and all the training I’ve been doing. This medal means everything to me,” said Walker, who started archery after watching Matt Stutzman compete at London 2012.

“I had a bad motorbike accident back in 2012, was hoping to go back to work but I couldn’t. I was recovering in bed and I watched Matt Stutzman shooting with no arms. I thought, I used to be a really good shot in the armed forces, I wouldn’t mind giving this a go.

“We are now very good friends and Matt means a lot to me, and Matt knows that.”

But the drama was not over for the night when the contest ended. Drahoninsky took a microphone after the athletes left the podium.

He started by thanking the Rio crowd, who had supported him throughout the afternoon’s competition, and then asked his girlfriend, Lida Fikarova, to join him on the shooting platform.

“I finished second. Sorry,” he said, with his usual humour. He then brought out a ring and asked her to marry him.

Drahoninsky, ever the joker, handed both to his new fiancé as he spoke.

“The last arrow [of the final] I wanted to shoot 13, but it was impossible. I shot only nine. He won and I wish him good luck. I do not worry, I am very happy,” he said.