The Chinese football 5-a-side Paralympic silver medalist said he plans to conclude his career by the end of the year. 09 Feb 2017
Imagen 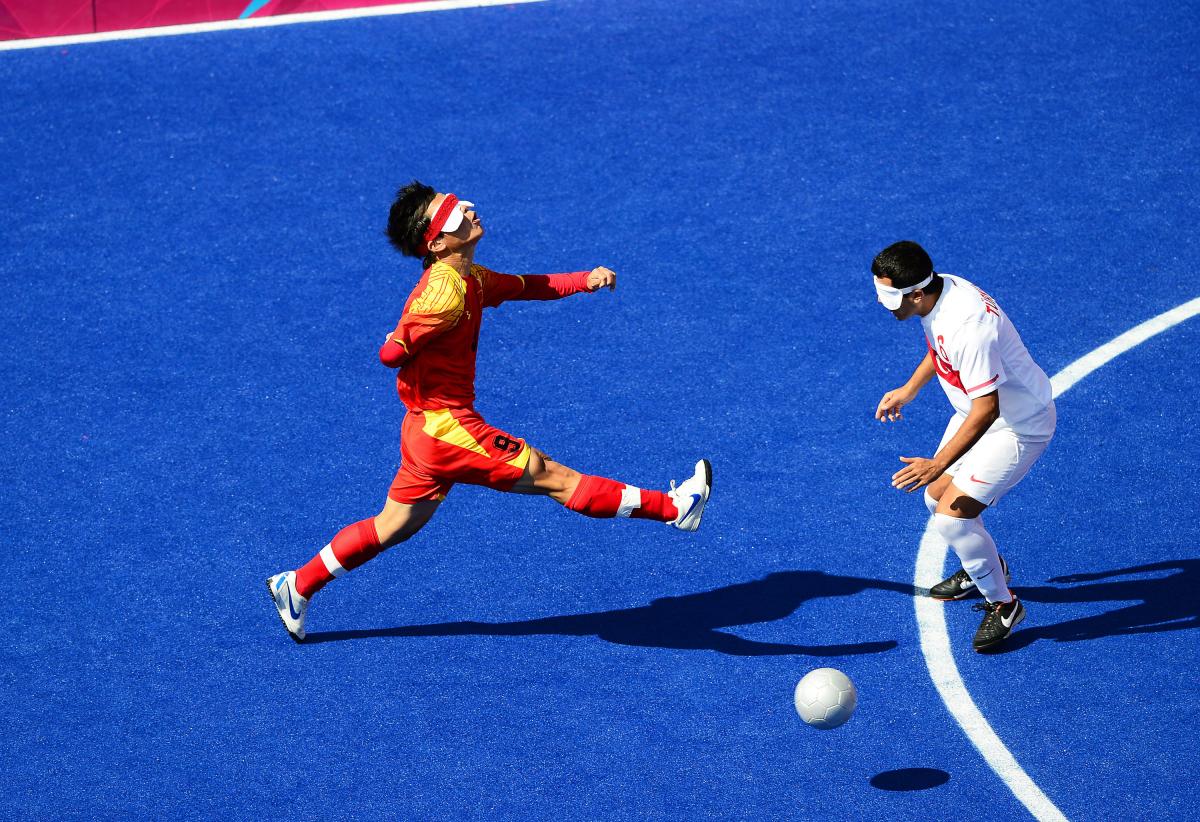 Zhoubin Wang of China during the Men's Team Football 5-a-side match between Turkey and China on Day 2 of the London 2012 Paralympic Games.

“I think we are among the best teams of the world in dribbling.”

Wang Zhoubin is planning to conclude his highly-successful career as a football 5-a-side player after this year´s 2017 ASEAN Para Games, set to take place in Kuala Lumpur, Malaysia, from 17-23 September.

China´s Beijing 2008 silver medallist is looking forward to his life after sports but at the same time shared his concerns about what will happen with the national team in the future.

“I am planning to retire in 2017 because I have had many injuries lately,” said Wang, who has represented China over the last ten years.

“In 2016, I injured my foot and had a surgery. It was so painful and, of course, affected my performance during the Paralympic Games in Rio.”

But he was not the only member of the team who had difficulties in the lead-up to Latin America´s first Paralympics, where China finished fourth after losing out to Argentina on penalties in the bronze-medal match.

“All team members suffered injury problems, because we over trained before Rio”.

Because of that, many Chinese players have decided to follow on his footsteps and will also put an end to their careers later this year.

“I am concerned about the future of the national team after we leave. The new and young players will need more time to come up and take over the team,” he said.

With so many experienced players leaving, he admits it will be very hard to keep competing at the highest level.

“I wish we could have a blind football league like Spain, Great Britain and Brazil. Players over there are constantly competing at a high level and gaining more experience,” he said.

“In China we only take part in international events. It is very hard to continue competing at the highest level if we do not have a national league”.

However, the 27-year-old knows China have cemented themselves as one of the football 5 powers thanks to their performances over the last decade.

“I think we are among the best teams of the world in dribbling. But our shooting skills and our physical strength is not as good as the other teams,” he said.

“If we want to improve as a team, we have to keep working on our technique and train harder in the gym.