Heavyweights Australia and Great Britain clash on the opening day and hosts Brazil are hoping to land a giant upset against Canada. 14 Sep 2016
Imagen 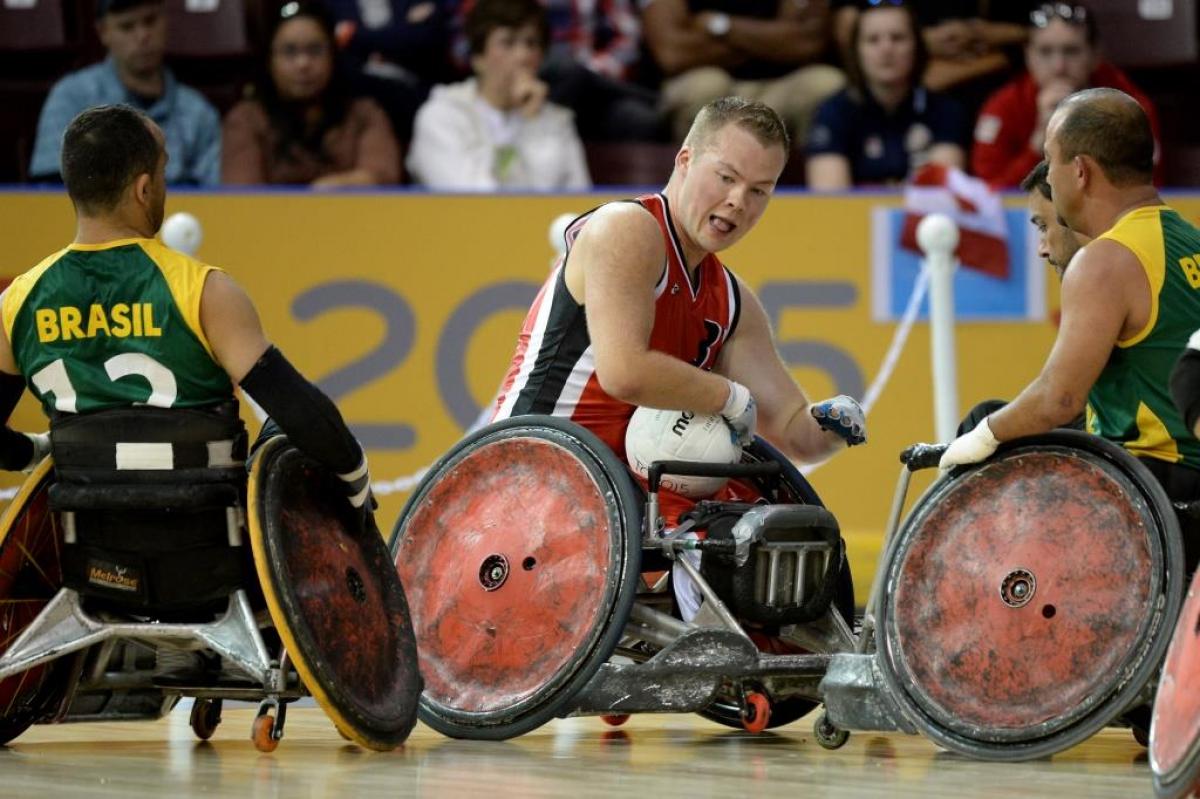 ⒸJon Blacker
By Beau Greenway | For the IPC

A week since the start of the Rio 2016 Paralympic Games, wheelchair rugby action commences on Wednesday (14 September) at the Carioca Arena 1, with all eight teams to feature on the opening day.

Australia and Great Britain get the tournament under way in Pool A at 10.30am, in a game which could have huge consequences for the final outcome of the tournament.

Defending Paralympic and world champions Australia will start slight favourites to win the opener, but the Great Britain squad has continued to build since London 2012 and will provide a tough match-up throughout the tournament.

Star high-pointers such as Ryley Batt and Chris Bond for Australia and Great Britain’s Jim Roberts will be the main playmakers throughout the contest and will require close attention from the respective opposition defences.

After a disappointing bronze medal at London 2012, the USA will look to return to the top of the podium at Rio 2016. They start their campaign against France in Pool B at 12.45pm.

The USA have had the best form in the lead-up to the Paralympic Games by taking the Canada Cup in June with an undefeated run against the world’s top ranked nations.

Chuck Aoki has been the go-to man for team USA for the past few years, however Paralympic debutant Josh Brewer has showed signs he could be a dangerous opponent for the rest of the teams in the draw.

Riyadh Sallem will once again be a key figure for France’s hopes after showing the world what he is capable of at London 2012, although the French team has never beaten the USA in a major competition.

But the side should be full of confidence after qualifying for Rio 2016 in a sudden-death tournament in Paris earlier this year ahead of the higher-ranked Danish side, so they remain something of an unknown quantity.

Up next is the other Pool B clash between Sweden and Japan, which should also be an enticing match-up.

The Swedes were runners-up at the 2015 IWRF European Championships, which secured their spot at Rio 2016, while Japan were the Asia-Oceania champions after beating Australia in last year’s zonal championships.

Japan finished fourth at London 2012 and will be desperate to medal for the first time at a Paralympic Games, with victory against Sweden a must if they are to progress to the semi-final stages.

Day one wraps up with hosts Brazil taking on the reigning Paralympic silver medallists and World Championship finalists Canada at 7.15pm in front of what is expected to be a large and vocal home crowd.

Brazil start the tournament as massive underdogs, with the pressure squarely on Canada to get the victory and move a step closer to the final four.

Zak Madell is the one to watch for Canada at Rio 2016 and has taken his game to a new level since his Paralympic debut at London 2012. He hopes to guide his team to gold medal glory for the first time.