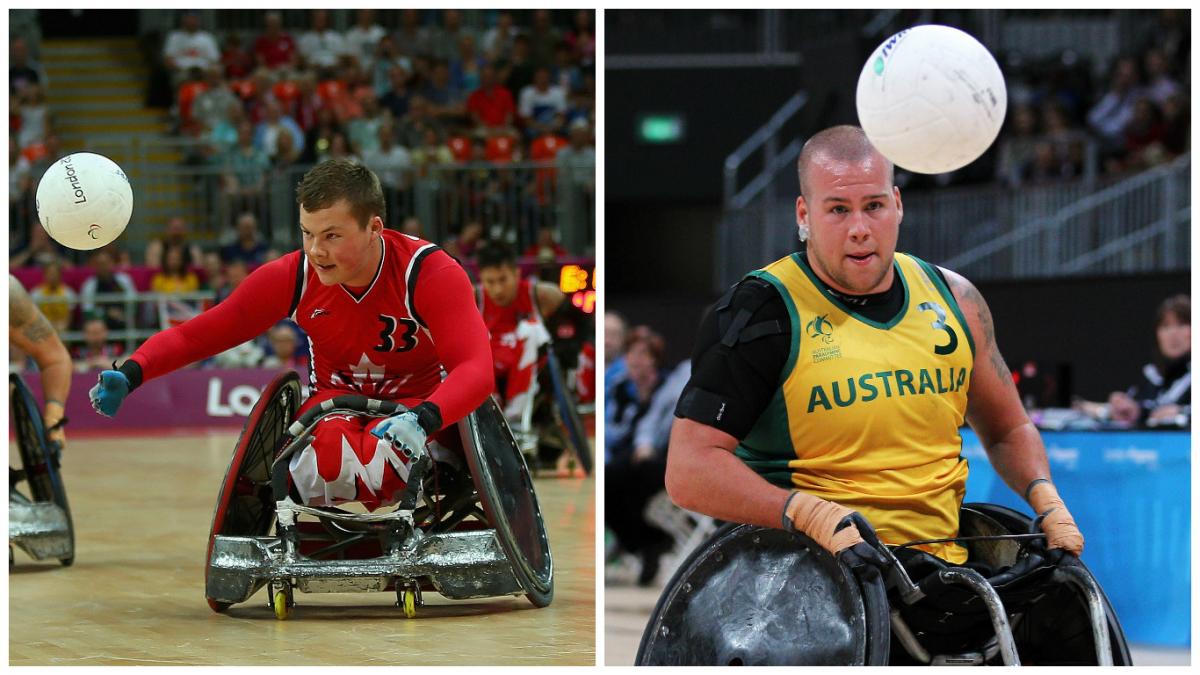 Wheelchair rugby standouts Ryley Batt of Australia and Zak Madell of Canada anticipate Rio 2016 to arguably be the most evenly-contested tournament in the sport’s history.

The two sides met at the London 2012 finals, with Australia winning Paralympic gold for the first time in their wheelchair rugby history.

Two years later, Australia again proved to be the strongest of the two in the World Championships final. But since then, the top-four rankings have shuffled.

Australia enter Rio 2016 as world No. 2, while Canada are the No. 4 ranked nation. But it will count for little when wheelchair rugby competition begins on 14 September at the Carioca Arena 1.

They have been drawn in the same pool and will meet on 16 September.

Madell reflected on Canada’s disappointing fifth place finish on home soil at this year’s Canada Cup, but said the team did not let it get to them. It gave them a chance to analyse Australia ahead of that September meeting.

“It was the first time having the whole team together in a very long time, due to medical issues,” Madell said.

“Their [Australia’s] style of play is something that the world has not seen before, with a dominant duo of quadruple amputees.”

“Their high-pointers have a lot of speed thanks to their core function, and they have some experienced low pointers that complement their core of younger less-seasoned talents,” Madell said.

“It just comes down to learning how to adjust to such a different line-up.”

In particular, Madell added that Batt is the most dominant player Team Canada is likely to face.

“He has a solid combination of three Paralympics worth of experience, as well as being a very high functioning player,” Madell said.

Batt knows Australia will have to watch for Madell, whom he labels the “smiling assassin” because he is always smiling, but is also a really dangerous player due to his speed and fitness.

He welcomed Australia’s draw and the chance to face Madell and the Canadians in the group stage.

“It is a tough draw, but we are happy with it because we will play some tough matches before the semi-finals,” Batt said.

“We know his [Madell’s] game pretty well and we have three players of his function.

“There are so many good players around him because they are a champion team.”

Despite dropping to No. 2, Batt said he feels better than ever in the lead-up to Rio 2016, and that the Australian team is gelling well.

“We have just got to be smart with our training, the worst thing that could happen now is getting an injury or having something go wrong to ruin your chances of competing in Rio,” Batt said.

“I also have to be practical and envisage my teammates so I do not let them down or let myself down.”

The Australians had a much better performance at the Canada Cup tournament compared to the hosts, finishing second.

“It was good to knock off a couple of countries, but we know we can play better and we will work on those things,” Batt said.

“I think every team will be strong come Rio and we cannot really measure our form off that [the Canada Cup] because everyone will be different [on the courts at Rio 2016].”

Canada will begin their quest for their first Paralympic gold against Brazil, while Australia will face Great Britain in the first match of the tournament, on 14 September.